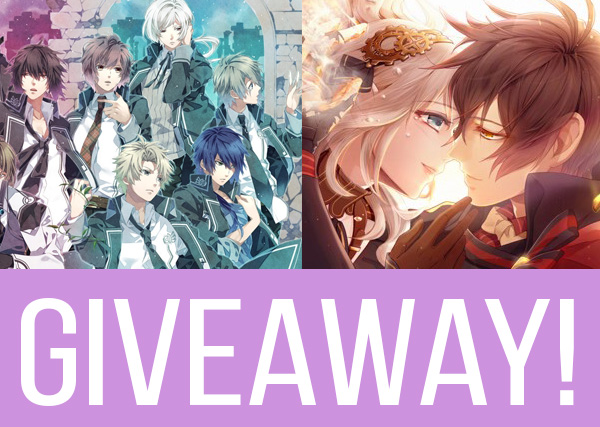 To celebrate the Dating Sim Community Game-Along this January, I’ve teamed up with Aksys Games to offer not one, but two awesome otome games to one lucky winner! For a chance to win digital PS Vita copies of both Code: Realize ~Guardian of Rebirth~ and Norn9: Var Commons, enter using the widget below by midnight, January 20th Pacific Time. Entering is easy, and you can exponentially increase your chances the more actions you complete, so go crazy!

Code: Realize is a romance visual novel set in a steampunk version of England, where protagonist Cardia is desperate to uncover the secret behind a mysterious disease that rots anything she touches. It also happens to be my favorite otome game of 2015! Norn9, on the other hand, is a sci-fi romance featuring three different protagonists and a whopping 9 romance-able characters. Be sure to check out the anime adaptation currently airing in Japan and simulcasting on Hulu!

Giveaway is open worldwide, and the winner will have their choice of NA or EU PSN codes. Update: I have been notified that some people are abusing the referral link option by not notifying people that they are entering the giveaway via a referral. Referral links must be shared through the social media/email options within the widget or clearly state that they are referral links. Any extra entries gained through referrals by other means will be disqualified.

For Halloween, I did a history of Castlevania's Sypha Belnades, but in the spirit of tricking/treating, it's actually just a ploy to get you to read about linguistics. But yeah, I explain the whole Belnadez/Fernandez/Velnumdez confusion + fun gender stuff! https://www.thrillingtalesofoldvideogames.com/blog/castlevania-sypha-belnades-fernandez-velnandez-velnumdez