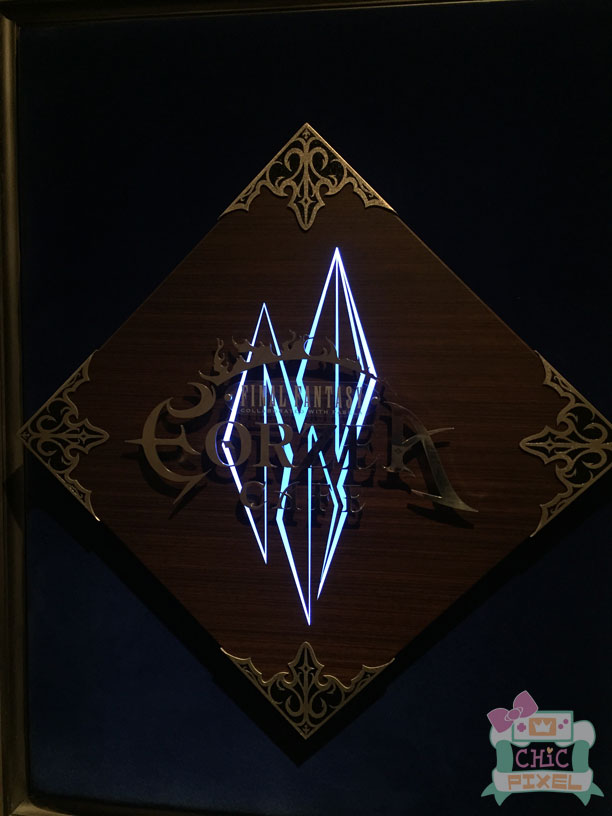 Hello again. Sarah here! At long last, it’s time for my write up on the Final Fantasy XIV: A Realm Reborn Eorzea Café in Akihabara! Sorry to keep ya’ll waiting. I’m going to do my best to write up a detailed explanation of how to get the most out of the experience.

Unlike the Pokémon Café Roy and I went to, you could reserve tickets for the Eorzea Café online. Tickets only open for one month in advance, so you’ll want to keep an eye out on the site if there is a certain window of time you’re aiming for. [Anne’s note: If you don’t know Japanese, Voyagin offers a service to buy tickets on your behalf! It’s super easy!]

For the sake of brevity, I’m going to assume you know how to get the tickets and am going to skip to the part where you arrive at the café. (If you want step-by-step instructions on how to order the tickets and redeem them at Lawson’s, let me know! If there is enough demand I will do a write up with step-by-step instructions, including screencaps.)

You’ll want to arrive at the café around 15 minutes before your reservation, and you’ll notice that you’ll be with a group of other people that will be dining at the same time. When you give your tickets to the person at the counter (there’s only one counter that’s situated between both the Eorzea and Otomate cafés), they’ll hand you a menu and an order sheet for food and drinks. This is so that you can decide what to order while you wait to be seated.

They will also ask if you have a point card, which we didn’t. Since the reservation is under one name, the points would only apply for that one person even though two people are dining (this is important to note only for diners who have their own point cards and want to save them separately).

Once you are seated, the host will explain how the ordering system works. Basically you have a span of 2 hours (!) to leisurely eat, drink, and play the game itself. I highly recommend spacing out your orders as best you can, otherwise you may find yourself actually bored at times. So get drinks first, then a food item, maybe another round, some more food…That’s what we ended up doing. If you are seated at a two-person table there won’t be room for much food anyway.

The atmosphere was really magical-feeling, as though everything was ripped right out of the game. Definitely a higher-class experience than the Pokémon Café, and the quality of the food was astounding.

Because of the elegant setting, I recommend that diners wear something a little on the nicer side – you might find yourself feeling out of place with a novelty anime t-shirt, despite experiencing what is most definitely Up There in terms of Bucket List for Nerds. We were actually the only foreigners during our session, probably because the Japanese-only ordering systems prevents a lot of tourists from being able to access the restaurant.

I love trying out different cocktails, so it was exciting having access to a variety of alcoholic beverages inspired by the game. They were are all so well-made that not tipping felt like a crime.

The meals were great for sharing, including the risotto pictured above. It was so good I could cry. Kudos to the culinarian that made it.

A lot of the food contained some kind of element of interaction, like the above croquette which is set on fire when they serve it to you. Sadly the fire went out before we could get a great picture, although that is preferred to the alternative which happened to a couple adjacent to us. The fire…just never went out…

Diners are free to stretch their legs and walk around during the dining session. Since you’re a part of a limited group of people in the café, you don’t have to worry about dealing with incoming crowds stealing your seat. 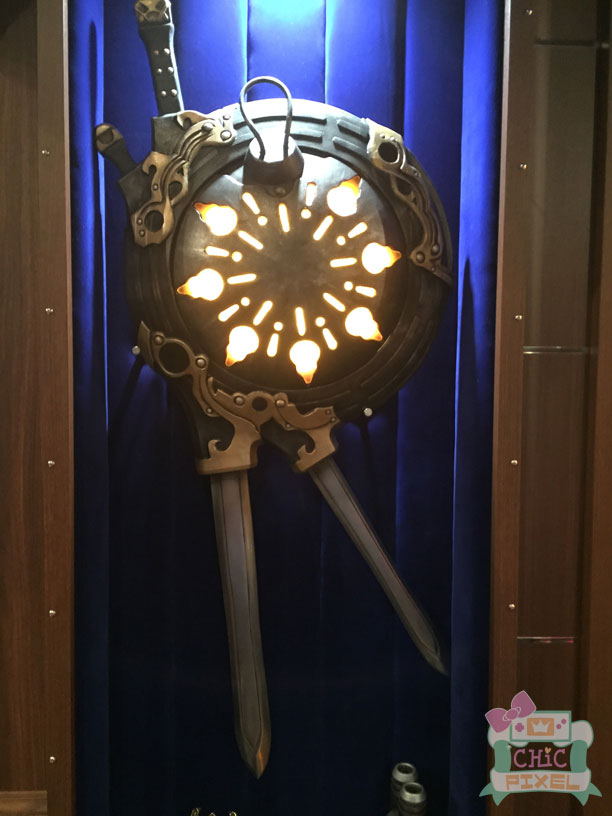 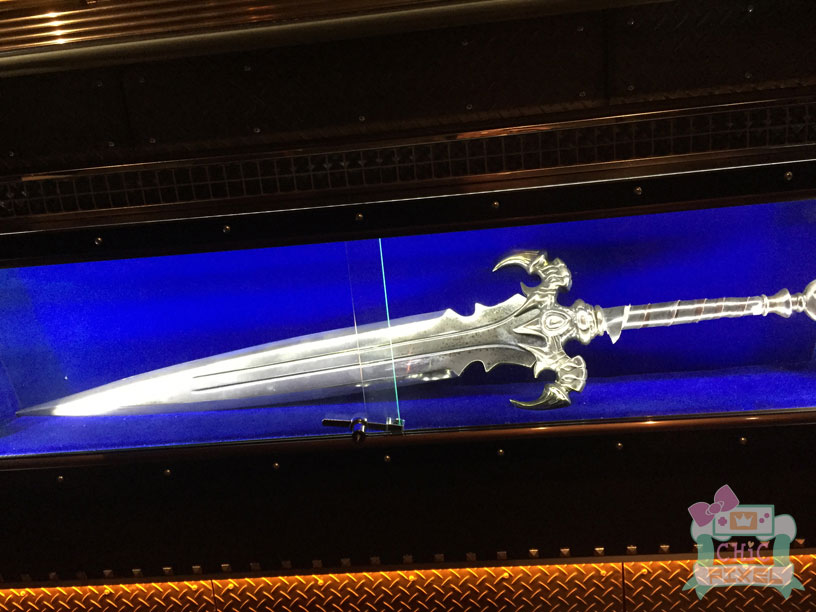 You can leave the restaurant earlier than the 2 hour span if you want to, but most people (including ourselves) stayed until the very end. When you’re ready to leave, you exit the restaurant and head back to the counter to pay. If you don’t have a point card, they will ask you which guild you would like to have a point card of and stamp it according to how much you spent.

Speaking of money: our whole experience came around to about $80USD, which includes the $20 spent on just getting the tickets (it included two drinks) and I think nine total items that we ordered from the menu. Certainly not a bad price for an experience that has still left me dreaming about black truffle risottos and green tea cactuars.

Wow! As a huge fan of Final Fantasy XIV: A Realm Reborn, myself this café looks amazing! Thanks again to Sarah for covering the Eorzea Café for Chic Pixel! Remember, if you live outside Japan, you can grab tickets for the Eorzea Café through Voyagin. They’re a Chic Pixel affiliate, so any purchases give me a small commission, which really helps out the site! If you can’t get enough themed cafés, check out Sarah’s post on her recent trip to the Sailor Moon Crystal Café over at her site.