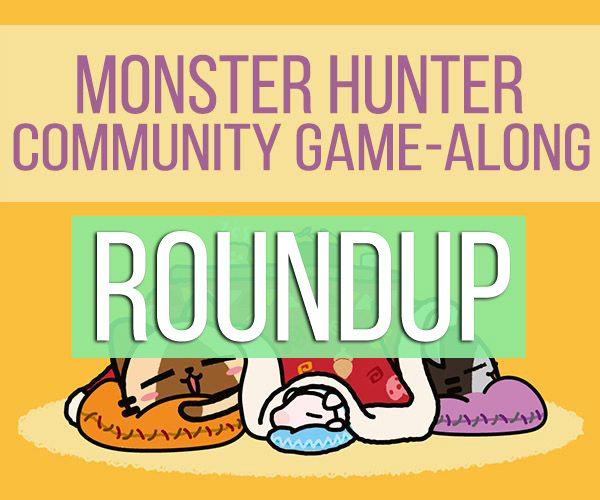 It was great to see folks like @driftglass share their first Monster Hunter game, while others like @mdiskplaylist jumped into the series for the first time.

Here in the last hour of #MonMonth, I’m running about, killing monsters, fighting in the arena, not finishing the story, lol.
The hashtag may go away but April will be another Monster Hunter month for me. 😈🍖#MHWorld #MonsterHunterWorld #MonsterHunter #XboxOneX pic.twitter.com/BjvA2zczQu

It was awesome to see so many people playing Monster Hunter World, and I was even able to schedule two multiplayer sessions during #MonMonth to play with other participants! Special congrats to @charassic, who started Monster Hunter World at the beginning of #MonMonth and saw the credits roll by the end! Way to go!

Thanks again to everyone who participated, and be sure to join in April’s #MusouMonth! There may only be one week left, but that’s still plenty of time to try out a Musou game!

If you enjoy the Community Game-Alongs and Chic Pixel, please consider becoming a member of my Patreon! For as little as $1/month, you get access to behind-the-scenes updates, and your money goes directly towards supporting the site!