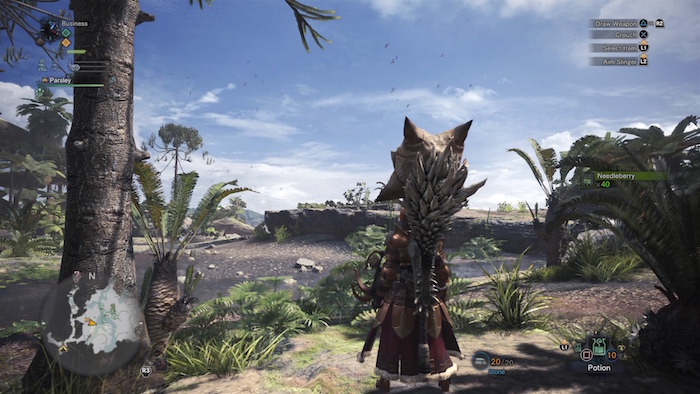 The Monster Hunter World beta, which is available to all PlayStation 4 users until 5 pm GMT on December 26th, features three quests that can be played in single or multiplayer, as well as a training area. The training area is a wonderful addition, as it allows you to play around with the different weapons. Unlike previous Monster Hunter games, it tells you in real time how to play and what the different moves are! If you’ve never played a Monster Hunter game before, start here and get a feel for which weapon might be best for you. It’s not made extremely clear, but you can switch weapons by going to the red crate next to one of the cats. 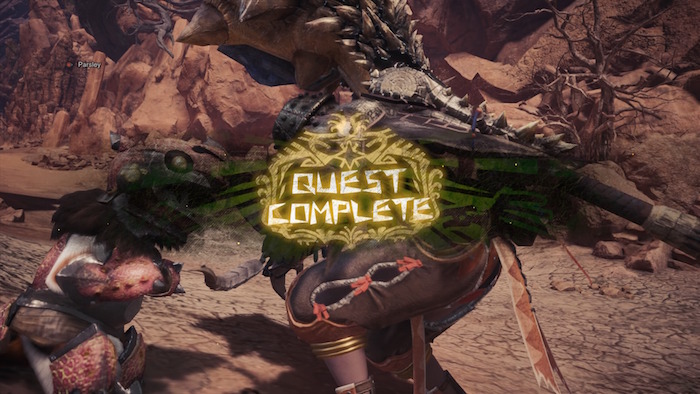 I started in the training area to get the feel for how my favorite weapon, the hunting horn, plays in Monster Hunter World. I’m very happy to say that despite being the first Monster Hunter game I’ve tried on a console, all the attacks feel pretty much the same! One of the difficulties of the hunting horn is all the different song combinations you need to remember, but Monster Hunter World keeps them handy at the top right hand corner of the screen. In addition, it also shows you what notes you can play next to do different songs as you attack, which will be a lifesaver when switching between various horns!

The downside to having all of this information available to the player is that it makes the screen feel a little cluttered, especially when compared to playing on 3DS (where you can have most things on the touch screen). However, there appear to be many quality of life improvements to Monster Hunter World that will make it much easier for new players to pick up. 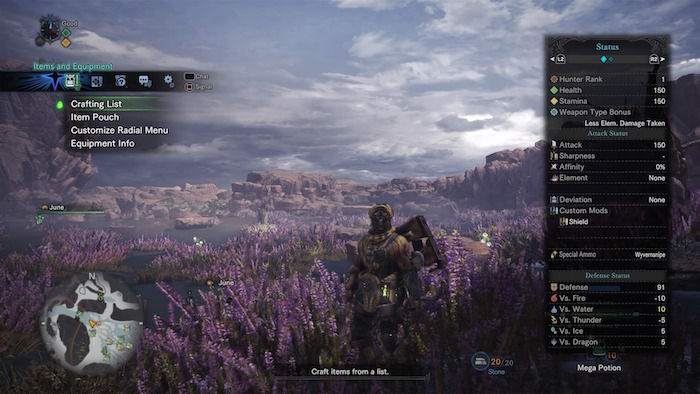 The biggest of these new additions is scout flies, which are little green flies that guide your player through the world, helping you find items to gather as well as track the monsters themselves. This tracking ability combined with the fact that there are no loading times between areas of the map means that hunts are more seamless than ever, and you don’t spend ages wandering aimlessly around the map looking for your target.

While I really appreciated the scout flies, I did find it a little annoying to see all the different items I was running past pop up when I was in the middle of chasing down a monster. It’s not a major issue, but it would be great if there’s an option to turn off that and other aspects of the HUD in the main game.

Another aspect of Monster Hunter World that initially put me off was the fact that everything I’d seen for the game showed characters speaking English, not the made-up language of the previous games. It may sound silly, but that language really added to the charm of the game for me! Imagine my surprise when I found out there was an option to switch to “Monster Hunter language” in the beta! 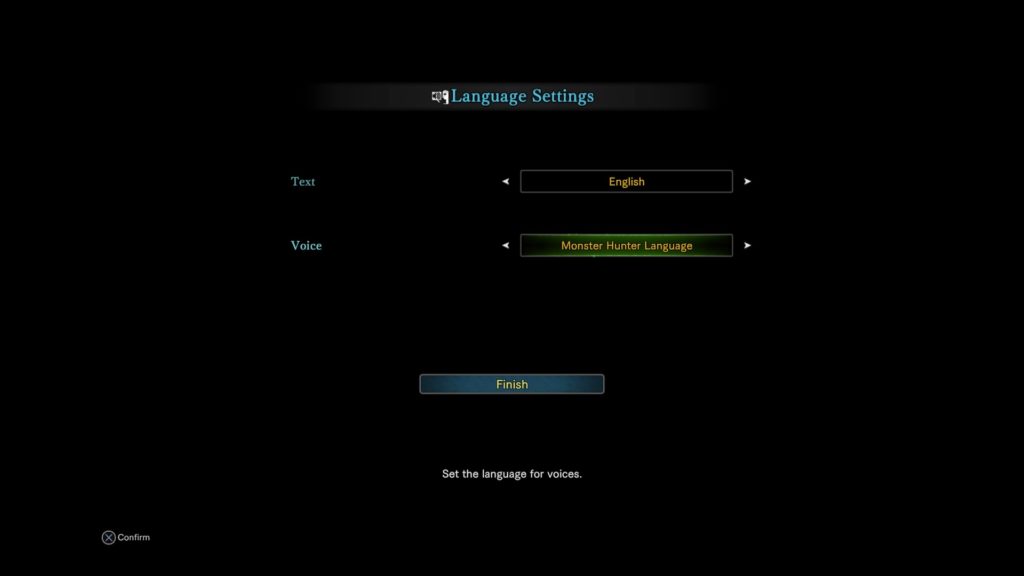 The beta consists of three hunts in two different areas, each with a 20 minute time limit. While 20 minutes is plenty of time to beat the two easier monsters, Great Jagras and Barroth, the hardest monster, Anjanath, is not a walk in the park. The previous Monster Hunter games all had much longer hunt times, and I’ve heard that the 20 minute limit is specifically for the demo, so don’t sweat it if you find yourself having a hard time finishing the quests within the time provided!

Playing the beta inspired me to read up a little more on the game itself before its January 26th release date, and I was thrilled to hear about one thing in particular: armor wishlists! According to this Polygon article, you’re now able to wishlist armor sets so that you can easily check what parts you still need to get in order to craft an armor set, even when you’re out on a quest. How handy!

If you can’t tell, the beta has made me much more excited for Monster Hunter World than I was before. I can’t deny that I still feel something to be off about the game’s presentation (I don’t want to say they “Westernized” it, but there’s definitely a slight change in vibe), but as long as the gameplay is true to the Monster Hunter I know and love, I know I’ll have a good time. If you want to play the Monster Hunter World beta with me, I’ll be playing on December 23rd at 7 pm EST! Check my Twitter for the room codes you’ll need to join my hunts. I hope to see you then!

Planning on picking up Monster Hunter World? Preorder the game with my Amazon affiliate link to earn me a small commission! Your support is greatly appreciated!