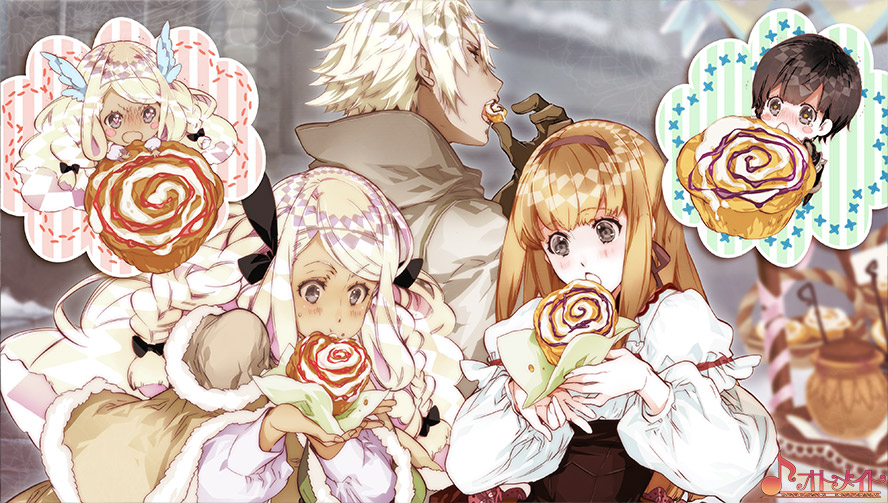 Following Gematsu’s writeup (since, sadly, I’m not at Anime Expo), it’s not clear whether Code: Realize ~Bouquet of Rainbows~ for the PS4, which is a compilation of the original Code: Realize ~Guardian of Rebirth~ and its fan disc Future Blessings, will be in addition to a PS Vita release of the fan disc. Aksys Games announced at Anime Expo last year that they would be publishing Future Blessings (which had then only been announced for PS Vita), but did not give many details.

Meanwhile, 7’scarlet, Psychedelica of the Black Butterfly, and Psychedelica of the Ashen Hawk are all PS Vita releases, so if you don’t have a PS Vita yet, it’s worth getting one just for all the otome games! This year alone, Aksys Games has already released Period: Cube ~Shackles of Amadeus~, and is Collar X Malice coming at the end of July along with Bad Apple Wars in September. And that’s in addition to the otome games released by other companies, such as Idea Factory International’s Hakuoki: Kyoto Winds and Amnesia: Memories, and older Aksys Games releases such as Norn9: Var Commons and Code: Realize ~Guardian of Rebirth~!

It’s hard to decide which of these announcements I’m most excited for, but it’s especially awesome that Aksys Games picked up both Psychedelica of the Black Butterfly and Psychedelica of the Ashen Hawk, which are connected titles! (though you don’t necessarily need to play one to enjoy the other) Of course, the art is also gorgeous! Then there’s 7’scarlet, which has my current favorite voice actor, Morikubo Showtaro (who plays the character pictured above)…

Which Aksys Games otome game announcement are you most excited for? Share your thoughts in the comments!

This post contains affiliate links. Any purchases made by clicking on one of my affiliate links earns me a small commission that goes back into running the site. Thanks for your support!