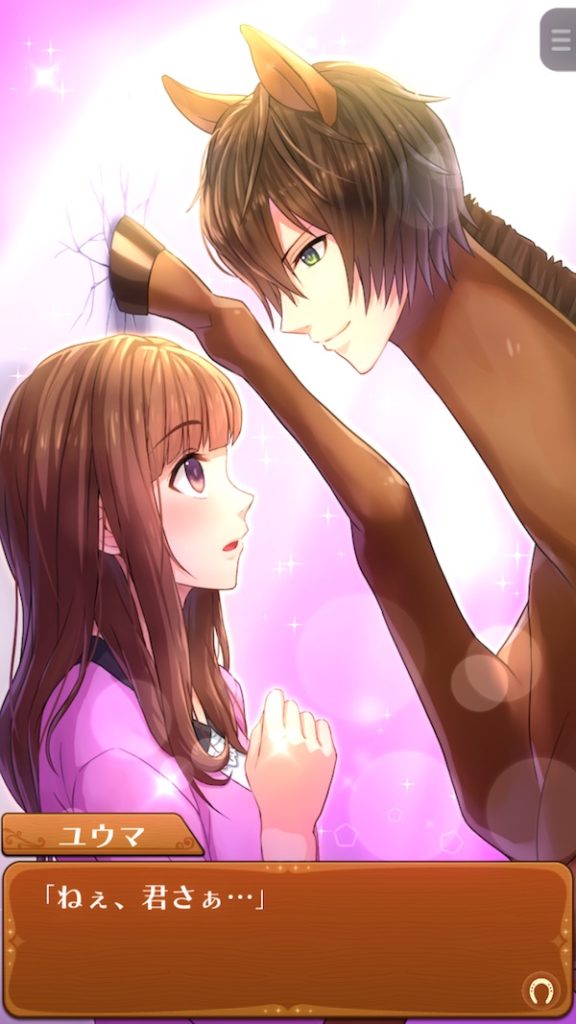 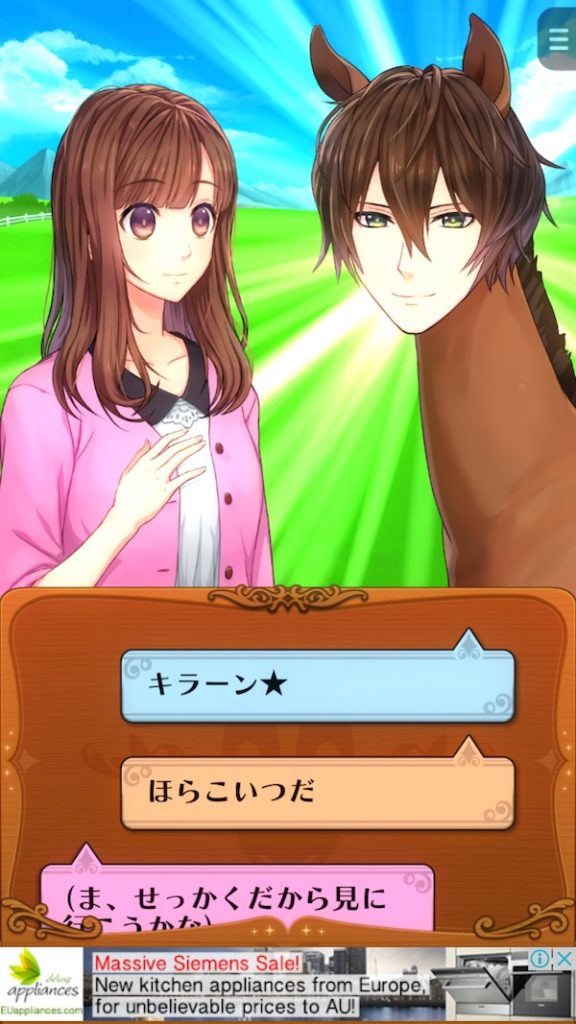 But just because you’re not dating a centaur doesn’t mean this app isn’t amazing (though someone should really get on that). Uma no Prince-sama, with a name featuring a pun on the hit otome game turned multimedia franchise Uta no Prince-sama, has you taking care of this creepy but somehow also stunningly attractive horse… man… thing, and it’s surprisingly awesome! 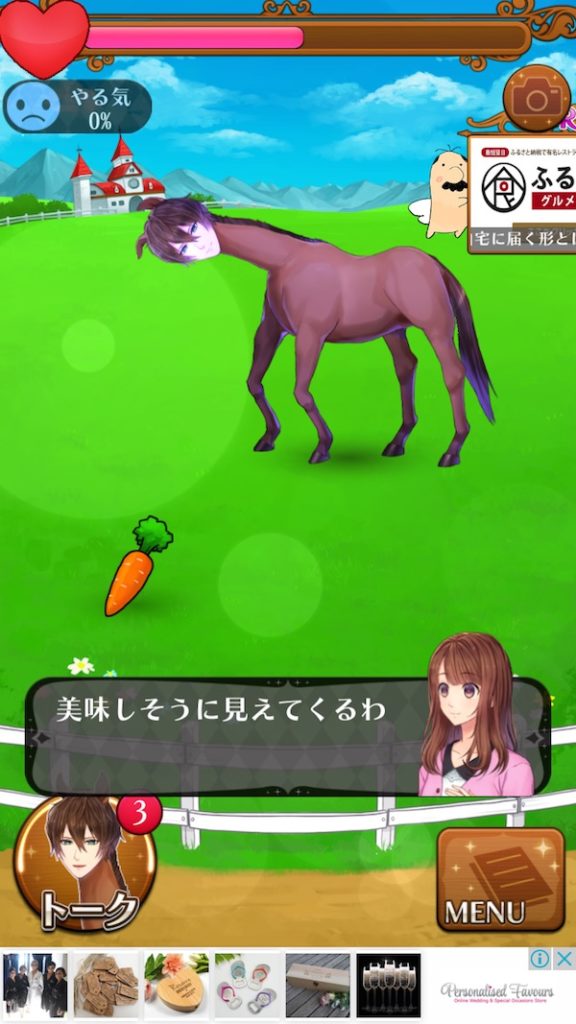 After a very brief amount of dialogue that sets up the premise for the game, you are put in charge of the horse man Kouma (which is also the Japanese word for foal). Tap on carrots to watch him eat them by stretching out his terrifyingly thin neck, which fills up the heart gauge at the top of the screen. Tap the talk button at the bottom left corner when there’s a number by it and Kouma will ask you a question – depending on which answer you choose, you’ll get a different response and number of hearts as a reward. 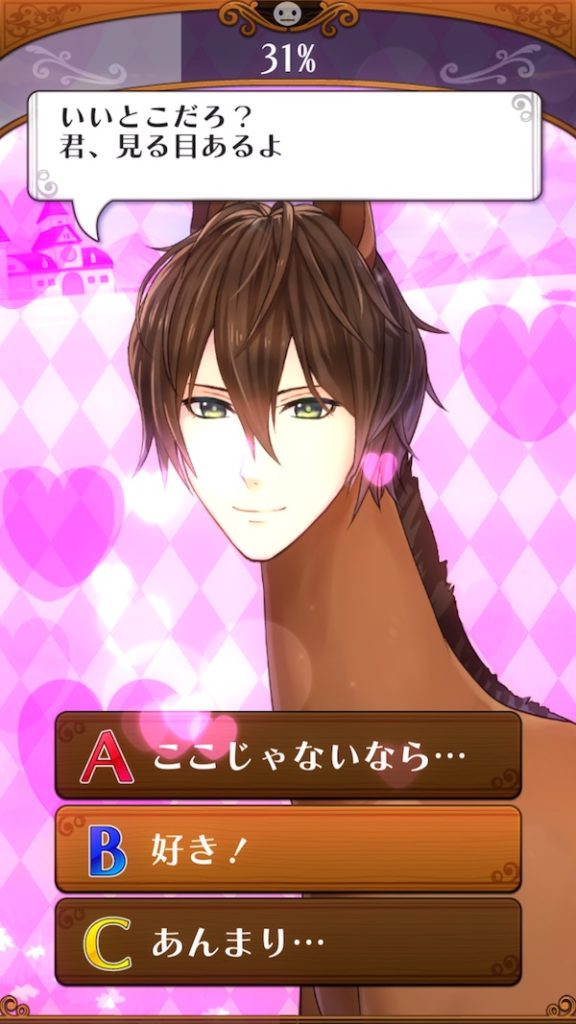 The game totally reminds me of a spiffier, more otome version of Alpaca Niisan, which captivated me for a time back in 2013. Uma no Prince-sama is available for free for both iOS and Android, and can even be found in the US App Store (though it’s easy to switch to the Japanese App Store if you prefer). If you’ve always wanted to date a horse with an anime boy’s face, this is probably going to be your only chance, so make like a jockey and get downloading!