For in-depth information on Kyoukai no Shirayuki‘s plot and characters, I highly recommend checking out some of the info I translated, but the basic gist is this: you play as college student Mashiro, who has a love for mirrors and pomegranates. She runs into eight men at a mirrors of the world exhibit, and one of them mysteriously gives her a pomegranate. That night, she finds a mirror she saw at the exhibit in her bag, eats the pomegranate, and falls asleep. Whens he wakes up, she finds herself in the “mirror world,” a twisted reality containing warped versions of the eight men that need Mashiro to save them. 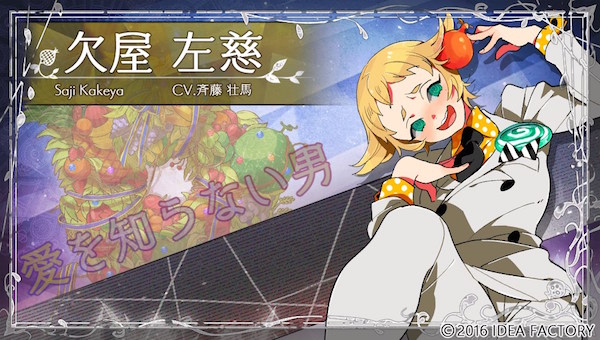 The first character I decided to pursue was “the man who does not know love,” Saji Kakeya, voiced by Soma Saito. While I found him most appealing due to his cute character design, I generally tend to like shota characters (Nagisa from Free! being a personal favorite), so I figured he would be a good place to start. 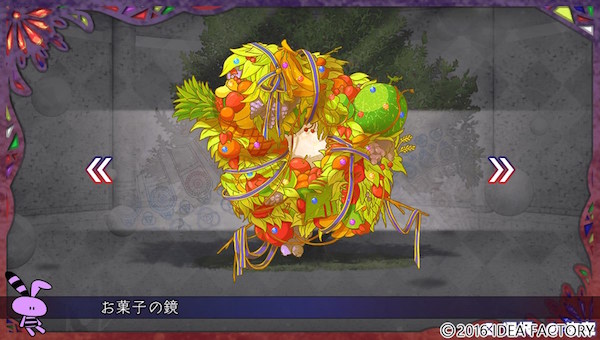 Saji is the number one host at his host club, but despite being constantly surrounded by women, he feels like no one truly loves him. You initially run into him at a mirror exhibit if you choose the “candy mirror” – each character has a corresponding mirror, and while it’s not absolutely required to choose the correct one at the beginning, it helps you to gain the affection points necessary to continue down their route later on. 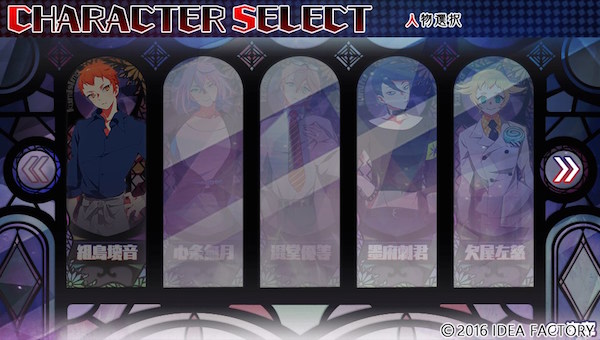 The actual character selection occurs later on, but interestingly I couldn’t find anything in the menu that provides an indication of how “well” you’re doing with each character. Generally in otome games there is a gauge to show how high certain characters’ affection levels are, but I’m either very oblivious or Kyoukai no Shirayuki is more straightforward with its routes than other titles. 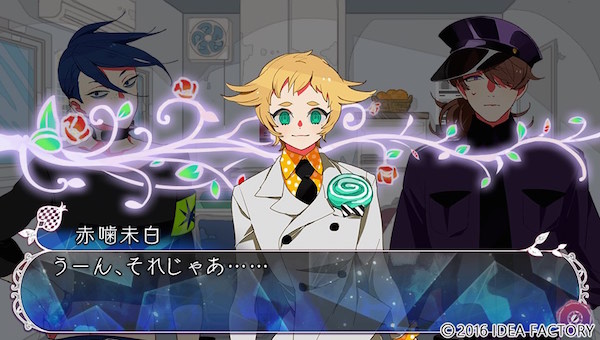 There is, however, a flourish that appears when you’ve made a selection that resonates with your character of choice, as you can see in the screenshot above. I play almost all otome games by quick saving before choices and resetting if I don’t select the option that gets the best response, so I’m not sure what would happen if you just chose whatever you fancied.

At certain points in the game you’ll also have to make a choice between “sin” and “punishment,” which basically boils down to letting the mirror world version of your guy bite you or not. However, it was never really clear whether my selections greatly impacted the story – I definitely got Saji’s “good end,” but I also chose a mix of “sin” and “punishment” just to see what would happen. I think it will take a couple more runs through to really see how much the individual choices matter. 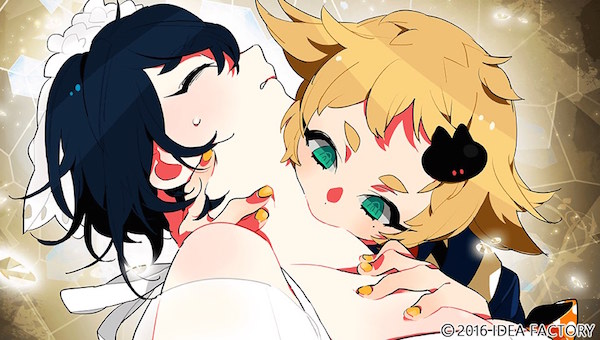 As for the story itself, I unfortunately found myself disappointed by Saji’s route! There were definitely cute scenes, but I had a very hard time liking his character. Due to the whole “man who does not know love” premise, he ends up coming across as extremely needy and possessive, and is always asking Mashiro to do things like cook apple pies at all hours of the day (because he has a sweet tooth, of course). His worst offence, though, was when he asked what Mashiro wanted to do after college, and the “good” response was “become someone’s wife.” Yuck!

Don’t get me wrong, it’s not that I think aspiring to be a wife is a bad thing, but when Mashiro is a really interesting female character with her own drive and passions, I couldn’t help but be grated by that kind of response.

That was further aggravated by scenes like the one above, where Saji becomes incredibly jealous when Mashiro randomly runs into a former classmate of hers who happens to be male. He’s very quick to pull the whole “don’t look at any guy besides me” bit for someone who flirts with girls for a living!

Despite not really enjoying Saji’s character overall, I did like how his relationship with Mashiro grew from friendship to romance in an organic way over the course of the game. Kyoukai no Shirayuki is not particularly long, but it doesn’t have any filler, meaning that every event either developed the characters or moved the overarching story forward. It was really nice to play an otome game that didn’t overstay its welcome!

I haven’t really discussed the plot of the game for fear of spoilers, but since it’s very unlikely this will be localized, I’ll give a brief summary (skip to the next paragraph if you’d prefer not to know!). From what I gathered in Saji’s route, the queen of the mirror world uses the mirror versions of the men to convince Mashiro that in order for them to achieve true happiness and overcome their sins, she must sacrifice herself and remain locked in the mirror world forever. When she agrees to this, the queen takes over her real world body, and in the case of Saji’s route, it was up to him to find a way to bring Mashiro back to the real world. There was clearly more to the story that was not resolved in Saji’s route, so I’m interested to see what insights the others bring!

Despite perhaps not making the best character choice for my first Kyoukai no Shirayuki route, I was still completely and utterly charmed by this game. It goes without saying that Kinako’s art is gorgeous, and while I’m normally unnerved by 2D characters with moving mouths in otome games, I actually grew to like them in this one! The music is also appropriately eerie, and the characters that appeared in Saji’s route (about half of the main cast) had some great interactions. Here’s one of my favorites from early on in the game: 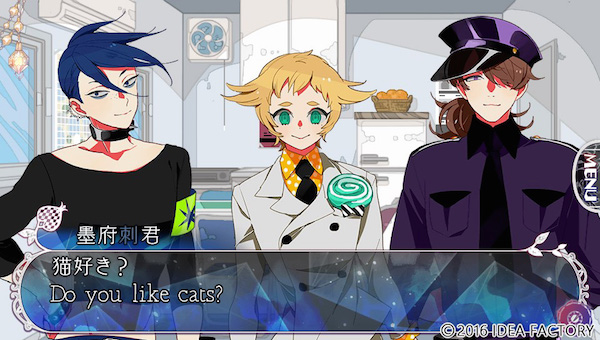 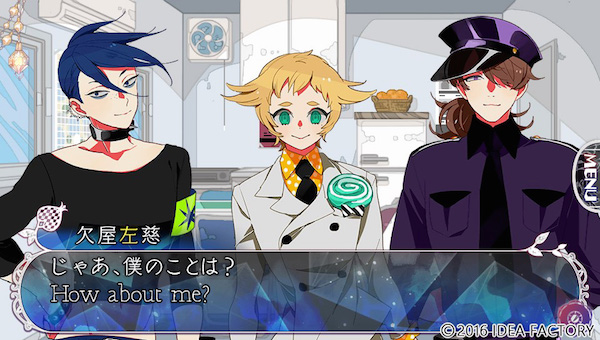 So, it goes without saying that I’m really excited to see how the other routes pan out! Someone on Twitter requested I do Yori Zenno (the policeman) next, which I’m more than happy to do because he looks like a really fun character. Would you be interested in impressions posts of each individual route, or a full review when I’m finished all of them? Let me know in the comments, but in the meantime you can follow me on Twitter for live updates as I play!

If this post has made you want to try Kyoukai no Shirayuki for yourself, please consider purchasing it from CDJapan using my affiliate link! I receive a small commission for all purchases made using my links, and it helps keep the site going. Thanks!