Nihon Falcom, or Falcom for short, is one of those exceedingly influential game companies that has had the bad fortune in recent years of being overlooked in favor of blockbuster titles such as the latest Final Fantasy production. But nearly everyone is familiar with Falcom’s legacy – series such as Dragon Slayer, Ys, and The Legend of Heroes served as the foundation of the RPG genre. Meanwhile, Falcom continues to release quality titles that struggle to reach a wide audience. 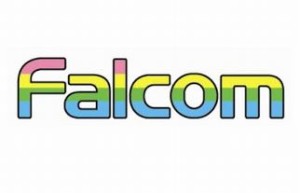 But that’s all about to change (I hope)! In order to kick off 2014 with a bang and get folks caught up on the amazing Falcom library of titles, Kimimi of Shinju Forest and I will be playing Falcom games from our backlogs all throughout the month of January, and we’d love for you to join us! It’s easy to participate: just pick up an old Falcom game, play it during the month of January, and write about your experience! You can then join the conversation on Twitter using #Falcomonth or write something for your own blog/website. If you’d like to be included in weekly roundup posts I’ll be doing to promote the event here at Chic Pixel, all you have to do is send me an email (apricotsushi at gmail dot com) linking to your piece or leave the link of the comments of this post!

Want to participate but don’t know where to start? Here are some awesome Falcom games that should be easy to find:

Ys I & II Chronicles+ (Steam, currently 50% off!) – Why not start with the games that kicked off the iconic Ys action RPG series? These titles may seem a little rough around the edges for some, but if you really want to check out Falcom’s roots, this is the place to do it! 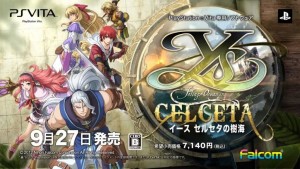 The Legend of Heroes: Trails in the Sky (PSP, available for PS Vita on PSN) – Also known as TitS, to the countless amusement of many, this is one of the Falcom games I’ve been recommended to play most.

Now, there are tons more where this came from, and I can’t hope to list them all, but here are a few more titles you may want to check out/see if you have in your collection: Gurumin: A Monstrous Adventure, Sorcerian (if you want to pay a premium to play a retro Falcom game in Japanese on your iOS device…), and Ys Seven.

As for me, I’m planning on finishing up Ys: Memories of Celceta and cracking into my personal Falcom backlog, which consists of Ys: The Oath in Felghana, Gurumin: A Monstrous Adventure, and The Legend of Heroes: Trails in the Sky, along with a couple of recently-acquired Japanese Legend of Heroes titles. I dare say I’ll have plenty to play!