I think it’s become pretty apparent by now that one of my favorite subjects for Japan Envy posts is the Pokémon-related merchandise that never makes it out of Japan. Well, I’m happy (or unhappy, depending on how you look at it) to report that I continue to have reasons to envy Japan’s awesome Pokémon merchandise, as two of my favorite Pokémon goods series are getting new lines in the upcoming months. 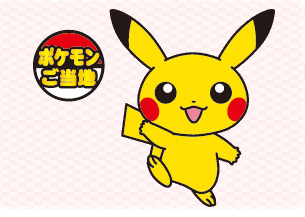 First is the Pokémon Tōchi, or Regional Pokémon (literally “Local Pokémon”) series. These are designs that are limited to specific areas of Japan, and as such can only be found certain Pokémon Centers. I really like regional goods and am always interested in the unique “local flavor” each city of Japan has, so aside from that creepy Pikachu whose head is far too big for his body, I’m generally all for this kind of series. Here are the newly-released designs:

From the left to right, the prefectures represented are Kyoto, Nara, Hyogo, and Okinawa. As I mentioned before, something about that Pikachu really doesn’t jive with me, but I think the Meowth and Oshawott designs in particular are very cute. I personally have a special place in my heart for Hyogo prefecture, as that’s where I spent a year when I studied abroad in Japan, so the “weathervane-raiding sailor man” Oshawott (that’s a direct translation of the description! I can’t make this stuff up) definitely speaks to me, but my favorite overall would have to be the pineapple Meowth. Too bad it’s only available in Okinawa. 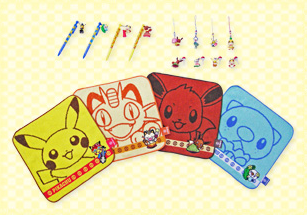 The new Regional Pokémon goods will be available at the Osaka and Okinawa Pokémon Centers from the end of April, with no end date specified. Available merchandise will include keychains, pens, and hand towels (pictured above), as well as socks, which apparently will go on sale in May. 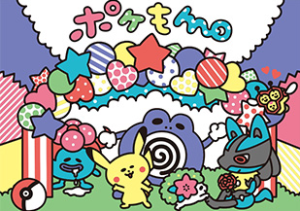 Next we have the second line in the Pokémomo series, which is a collaboration with illustrator Momo Okada. While it’s hard to beat the first Pokémomo series, as it featured not only Snorlax, but Plusle, Minon, and Gengar, Momo Okada’s weirdly charming Pokémon interpretations just can’t be ignored, regardless of the Pokémon she’s drawing.

The second Pokémomo series will be available at Pokémon Centers nationwide starting from the 11th of May. I hope they make adult-sized socks, because I know I could totally rock a pair or two!