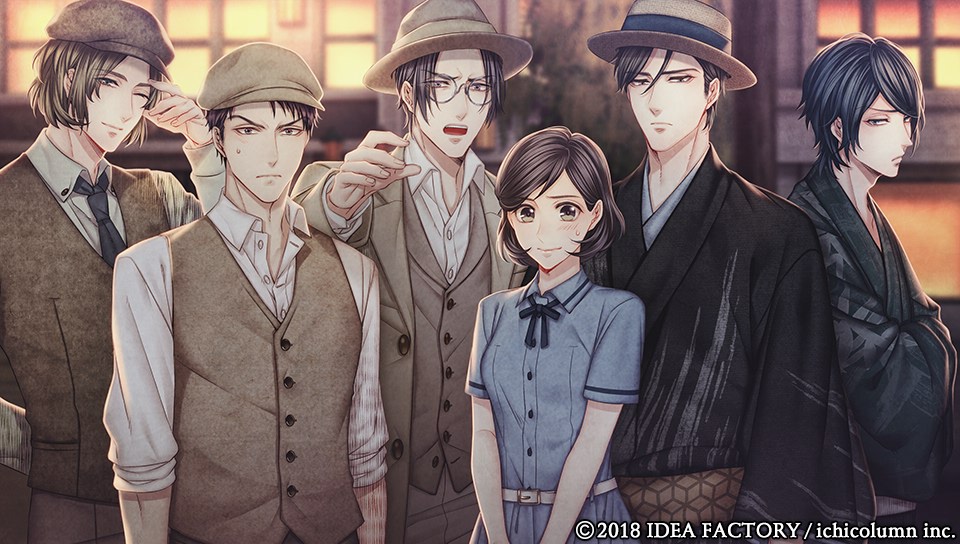 Tengai ni Mau, Iki na Hana is essentially a soap opera that takes place in Taisho era Japan, which is the period at the beginning of the 20th century when Japan saw a lot of Western advancements and had a really fascinating fusion of Japanese and Western fashion, food, and culture. It’s a really great setting for an otome game and one that’s not seen super often, but unfortunately, it’s also included some of the more frustrating social norms of the time. 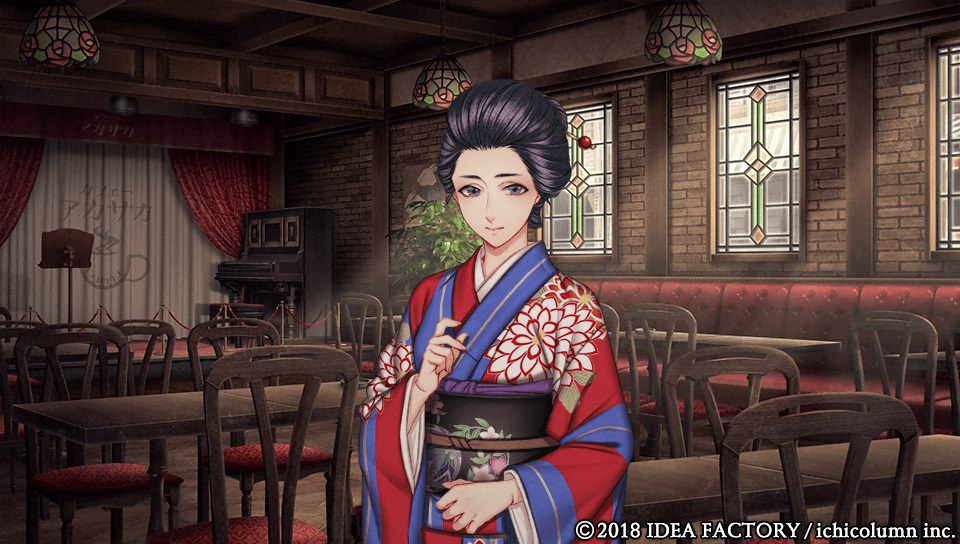 The plot centers around a restaurant named Yajima that was established during the Meiji period and thus operates in the traditional Japanese style: the owners maintain a very close relationship with their clients, who are all regulars and will often call geisha in to entertain them over long evenings of eating and drinking. Maintaining a high standard is of the utmost importance for the head of the restaurant, but unfortunately, the son set to inherit the establishment is a modern, business-minded man who would rather level it and build a hotel in its place.

The protagonist, a young woman named Ritsu Azumi (renamable), lives in the country and works for her own family-owned restaurant with dreams to run it herself one day. But because she’s a woman in Taisho era Japan, her fate is to be shipped off to live with whatever man she ends up marrying.  Enter her father’s meddlesome yet kindhearted friend and owner of the Yajima restaurant, who says that his eldest son Kousuke (the hotel-loving man pictured above) has an offer of marriage for her. After many hijinks that I won’t describe here, it’s revealed that Ritsu’s father’s friend just wants someone to come to take care of the Yajima restaurant because he doesn’t want Kousuke to inherit it and turn it into a hotel. 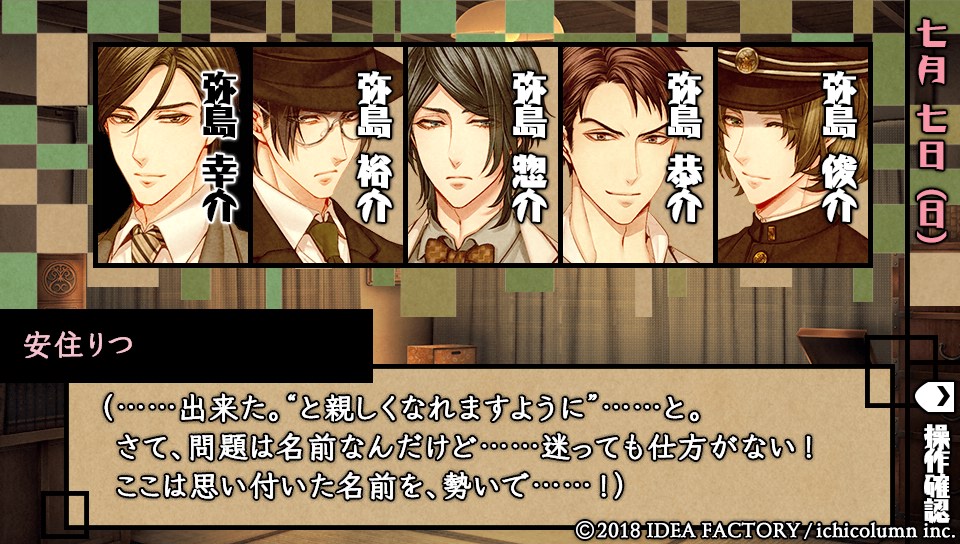 While it would be perfect for Ritsu to marry into this family so she can run their restaurant, neither her nor Kousuke want to marry one another (after all, they’ve never met, but arranged marriage was very common at the time). Ritsu goes to visit the Yajima household in order to decline the marriage proposal, but everyone there ends up mistaking her for a new maid. After some very weak protesting, she just kind of goes along with it and starts cooking and cleaning for the family. As you can probably tell, by this point the plot already had me pretty annoyed.

Oh, but all the romance options are five handsome brothers! (pictured above) Surely they will be the saving grace of this game that just drags the protagonist around… But no, they’re all complete jerks who treat Ritsu like garbage and constantly ask her to cook and clean for them without saying so much as “thanks.”

In addition to the five brothers, there are also two sisters and a wife, all who do not want anything to do with Ritsu and even actively try to sabotage her and get her to leave the house (more hijinks and whacky circumstances meant that she ended up staying overnight a couple of days). Eventually, her father’s friend convinces her to try running the Yajima restaurant, and instead of running for the hills because everyone is a complete jerk to her, she decides to try it out.

It all goes predictably poorly because no one wants to help her and actively wants her to fail, but Kousuke decides he’ll make a bet with her: if she can successfully run Yajima for one year, he won’t turn it into a hotel after all. If she can’t, he’s calling in the bulldozers. Ritsu is persuaded by her father’s friend (who, by the way, is dying of illness and thus very persuasive) to take Kousuke up on the bet, and thus we are introduced to the central plot point of the game.

I spent so much time trying to explain this game’s winding soap opera plot (I’ve left out a ton of details) that I don’t think I’ve made it clear just how obnoxious all the characters are, but rest assured that these are some of the worst romance options I’ve ever seen in an otome game. While Diabolik Lovers boys are mean, they’re at least kind of sexy about it (if you’re into that kind of thing), but these guys are all just rude for no reason with very few redeeming qualities (the chef, however, is the one exception).

The fact that all the characters are so mean and the protagonist inexplicably decides to continue to put up with them is the main reason why this game has been so unenjoyable for me so far. Otherwise, the art is gorgeous and the music is amazing – I just wish the plot and characters were even half as good as the presentation. I highly recommend watching this promo video to see how lovely it all looks and sounds:

Also, the common route is inexplicably long. I’m still in it. I think it’s this long because they need time to make this cast of awful guys seem redeemable enough for you to want to actually date them. Unfortunately, so far anything the guys have started to do to appear half decent is all because of the protagonist’s influence (except sweet chef boy, always pure and good), i.e. “for some reason when I’m around you I want to be better, but I don’t know why.”

In addition to the usual otome visual novel convention of choosing between text-based options to raise your affection with the different characters, Tengai ni Mau, Iki na Hana also has a couple mini-games that raise Ritsu’s skills in cooking, cleaning, and… astronomy (one of the brothers is an astronomer). These games are actually pretty fun and are a nice change of pace from constantly reading through text. 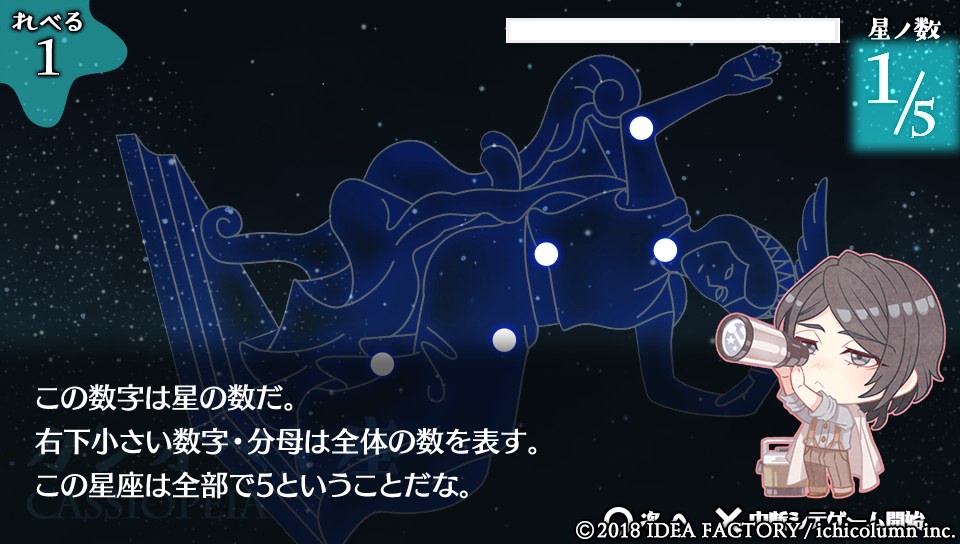 While I do see my enjoyment starting to increase incrementally as I play through the common route, it’s been a real slog so far. I want to at least play through one character’s route before reviewing it, but depending on how the first playthrough goes, that might be all I can handle. By the way, despite mentioning how sweet the chef boy is, I’ve decided to go for this handsome-looking jerk: 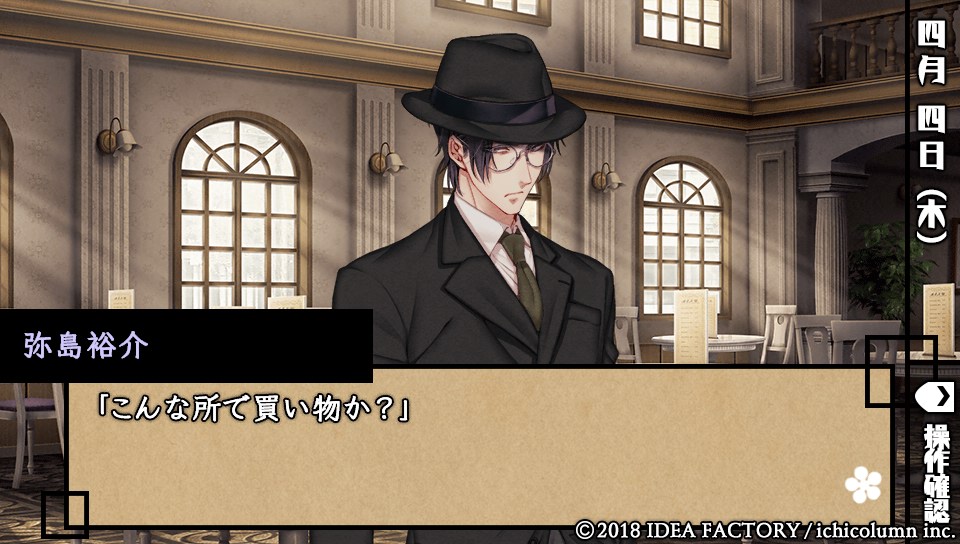 At the very least, I can see myself going back to do the chef’s route to see how the game treats an actual decent human being (I’m half expecting some big reveal that he’s actually the worst of the lot). I know it’s been taking me a long time to play through Tengai ni Mau, Iki na Hana, but I hope this sheds some light onto why that is! Thanks again to my wonderful patrons for making this and my other import game coverage possible!