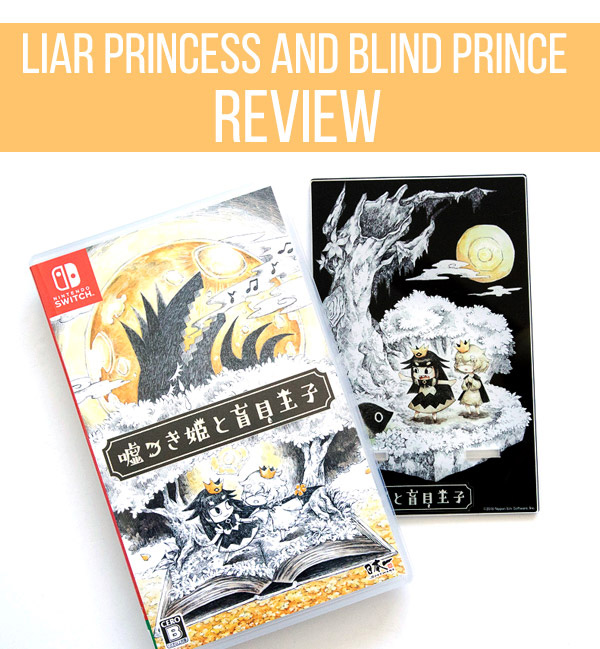 Liar Princess and Blind Prince is about the bond between a wolf monster and the human prince who loves her singing, but doesn’t know the melody is sung by a monster. One day, the prince tries to see who is behind the beautiful song, but the wolf is terrified of what might happen if a human sees her and lashes out at him. Her sharp claws strike his face, causing him to go blind. 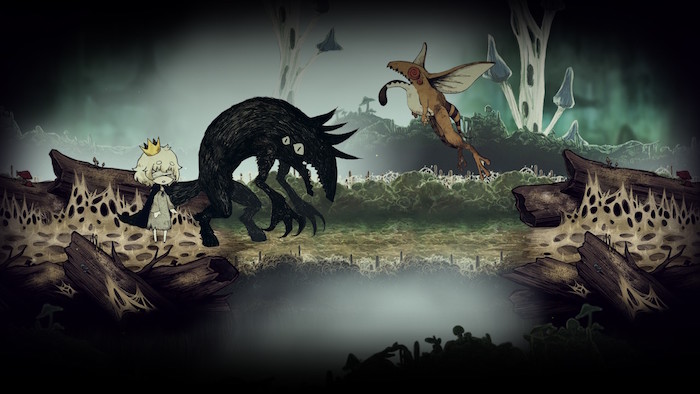 Wracked by guilt from causing the prince to lose his eyesight, the wolf monster goes to a witch and asks for her help. In exchange for her singing voice, the wolf is granted the ability to transform into a human princess to escort the blind prince through the forest to the witch’s abode so that the witch might take pity on him and restore his eyesight. 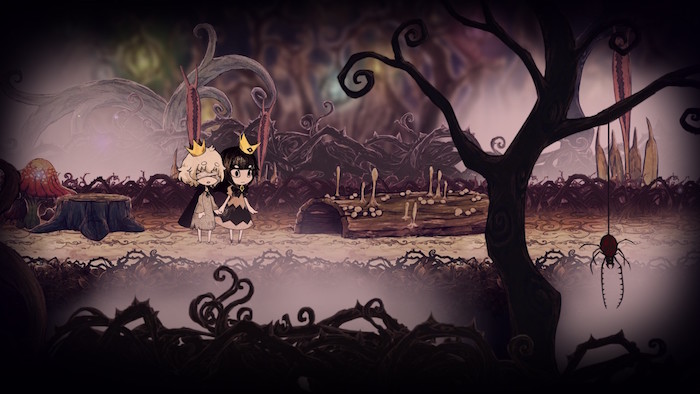 For me, the gameplay wasn’t the highlight, though I did enjoy the fact that it overturned the usual premise of a boy guiding a helpless girl through dangerous terrain that we see all too often in video games. Rather, the art style, music, and bittersweet fairytale story were the true standouts, and are the reasons why I will most certainly consider Liar Princess and Blind Prince one of my favorite games of 2018.

The story sequences are all narrated by a single female voice actor, who both tells the story and voices all of the characters in the game. This is combined with static images and the simulation of pages being turned to really give it a storybook effect. Some of the darker aspects of the narrative, which I won’t reveal here, made it really feel like a proper Grimm tale (not the watered-down Disney versions). 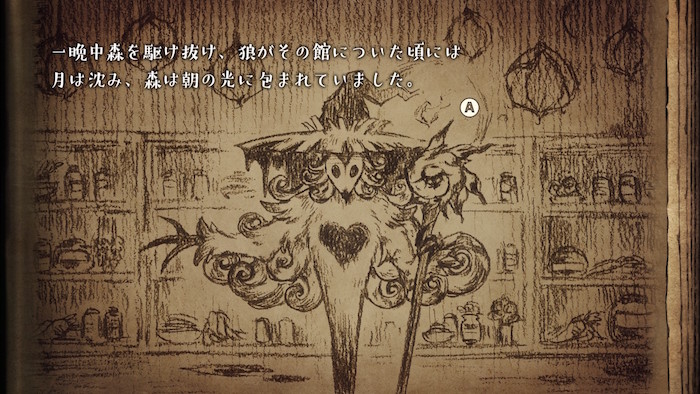 And the music! Due to the length of the game (I completed it in 6 hours) there aren’t a ton of different tracks, but they were all delightful and fitting with the dark, whimsical vibe of the game. I’ve recorded about 10 minutes of me playing through some of the second area of the game so you can have a get a taste of the music and visuals together with the gameplay – I highly recommend checking it out if you’re interested!

There are some collectables in the form of flower petals, which unlock art from the game, along with a hidden flower in each area for the wolf to give the prince. The puzzles aren’t particularly hard for the most part, but if you do find yourself stuck there is a skip stage option that unlocks after you spend a certain amount of time in an area. Don’t worry, this won’t skip the story sequences, so you can rest assured that you’ll still be able to experience the main appeal of the game. 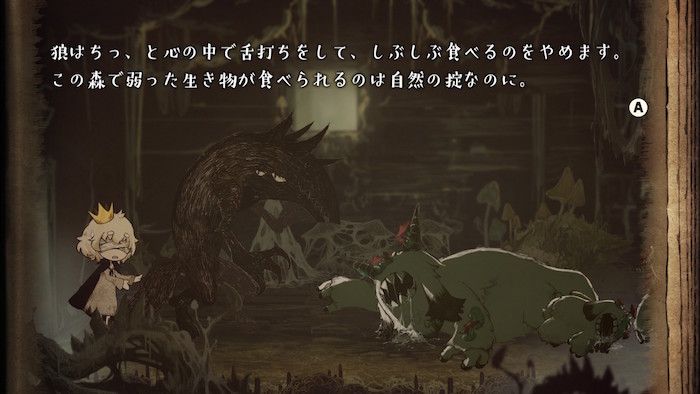 I absolutely adored Liar Princess and Blind Prince, but it’s not without some issues. The gameplay itself isn’t particularly polished, as evidenced by numerous occasions where the princess would die in extremely unpredictable ways – for example, I still don’t know exactly what height the princess and prince can fall from and survive. There were also multiple times that I would get squished by something that looked like I clearly avoided, but luckily the checkpoints are numerous enough that you never have to retrace your steps very far. However, glitches and oddities in the gameplay were frequent enough that it did frustrate me, and while I never used the stage skip function, there were times I came very close simply because I was about to pull my hair out from trying to work with the game. 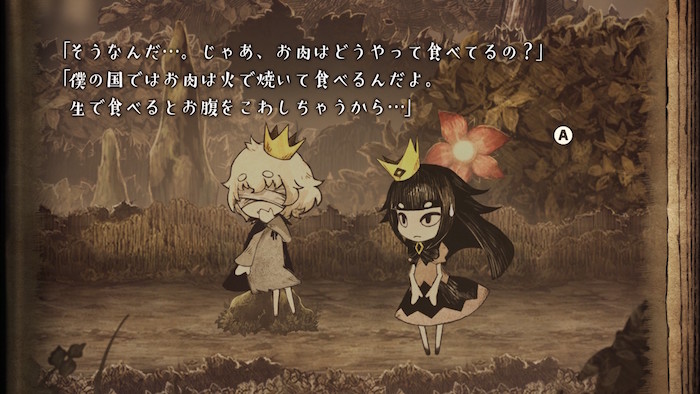 Ultimately, I was so enamored by the rest of Liar Princess and Blind Prince that I still look upon the experience fondly, despite a few flaws. The ending sequence was particularly moving, and even though I completed the game a month ago I still find myself thinking about it and talking about it with my husband (who watched me play through the whole thing, and for the record, he loved it too!). It would be a great game for Japanese language learners, as the language used is not particularly difficult, but it should be noted that there a couple puzzles that do require reading comprehension to understand (though you could skip them). If you don’t want to import it, I hope you’ll consider picking it up for the Nintendo Switch, PlayStation 4, or PS Vita when it’s localized, because it’s a beautiful experience that I fear will be overshadowed by more mainstream titles.