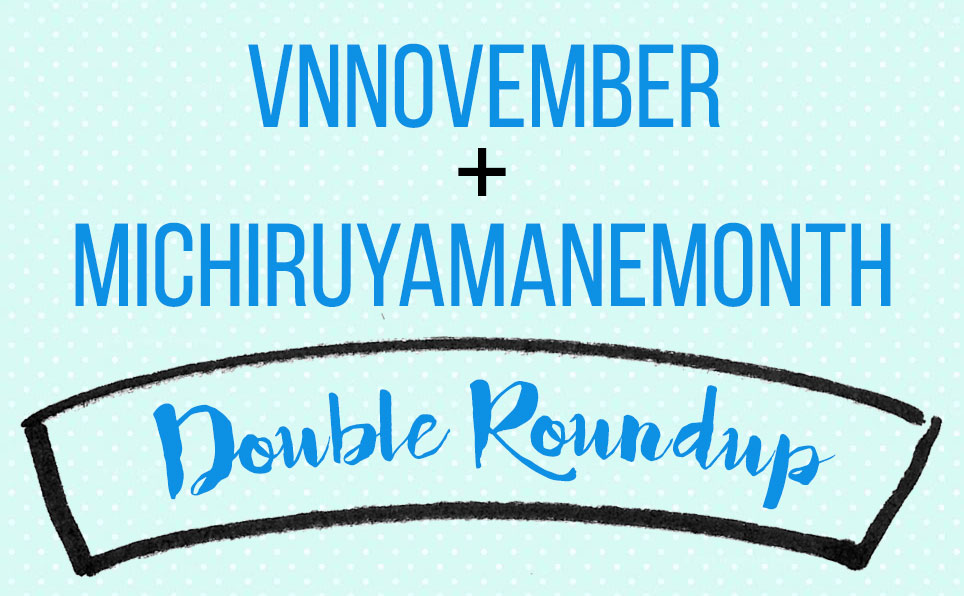 Many folks played titles that combine visual novel elements with other types of gameplay, such as Hotel Dusk, Danganronpa: Trigger Happy Havoc, and VA-11 HALL-A. @Patricklous played through Ace Attorney: Spirit of Justice and shared a bunch of thoughts after completing the game in this thread on Twitter.

#VNNovember working through Itsuki and Mikoto’s route in Norn9. Loving all their interactions so far. pic.twitter.com/6DYZVfWWR3

Reviews of games that have many visual novel elements along with other kinds of gameplay included @fuzzypickles_‘s review of VA-11 HALL-A and my review of Danganronpa V3: Killing Harmony. Be sure to check them out!

And that’s it! I have beaten Hatoful Boyfriend for the PS4! Thanks for creating such an awesome game @moa810 !! #VNNovember pic.twitter.com/260RnXHYpy

December’s Michiru Yamane theme was much less busy, probably due to the holidays and the fact that Michiru Yamane is a little obscure to begin with. When you have time, try playing a game featuring one of her amazing soundtracks! And let’s give @Westraid some kudos for her participation with Castlevania: Order of Ecclesia this month!

You can collect cats in Order of Ecclesia! (●´∀｀●)
I never completed the game but I thought there were like 3 or 4 different ones. (Also it took 500 tries to get this picture right ughh I wish DS had screenshot mode 💦) #MichiruYamaneMonth pic.twitter.com/bUYgXtFMXO

Thank you to everyone who participated in November and December’s Community Game-Alongs, and here’s to lots more gaming in 2018! Be sure to check out the full 2018 Game-Along schedule so you can plan your months in advance!