Happy Zettai Zetsubou Shoujo: Danganronpa Another Episode Day! As always, Japan is one step ahead of the rest of the world – while Dananronpa 2: Goodbye Despair just debuted in English earlier this month, Japanese-speaking fans are likely already gobbling up the third entry in the series that goes on shelves today.

After just finishing Danganronpa 2 earlier this week (review coming soon!), I am on a total Danganronpa high at the moment. Though my copy of Another Episode likely won’t be in my hands until late next week, Namja Town has a new Danganronpa event with special themed food items that I can tantalize myself with in the meantime….

Note: If you’ve only just started playing the Danganronpa games, there may be some slight spoilers regarding the characters in this post, so read on at your own risk! 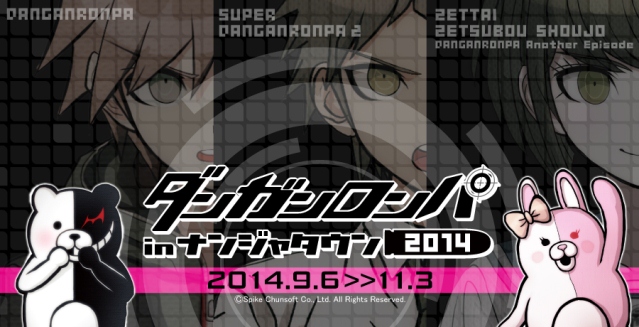 Namja Town is a theme park located inside the Sunshine City shopping center in Ikebukuro. While it was definitely on my radar when I was in Tokyo, I ultimately wasn’t able to give it a visit. In addition to its usual attractions, it is constantly rotating different nerdy tie-in events such as this Danganronpa one that will be held from September to November. Special foods, merchandise, and even games are part of the festivities! 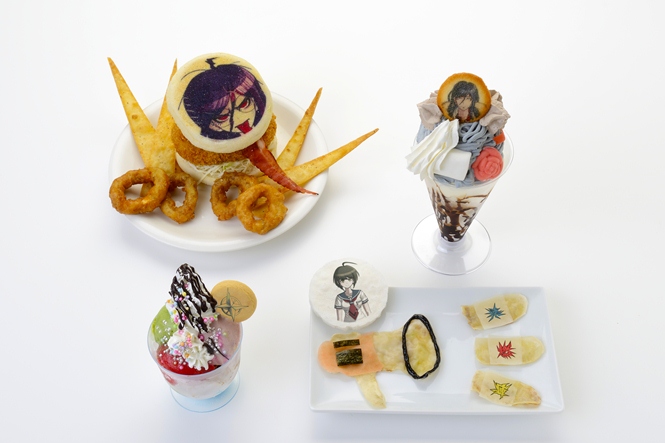 The food items pictured above are all to commemorate the launch of Danganronpa Another Episode, and thus feature the main characters of the game. It’s hard to make out, but the one in the bottom right is the protagonist Komaru’s megaphone hacking gun firing a couple different types of truth bullets – but they’re gyoza!

At the top right is everyone’s favorite psycho Genocide Jill in the form of a sandwich. I love how they depict her infamous scissors! And don’t miss that crazy long red tongue sticking out of the sandwich! 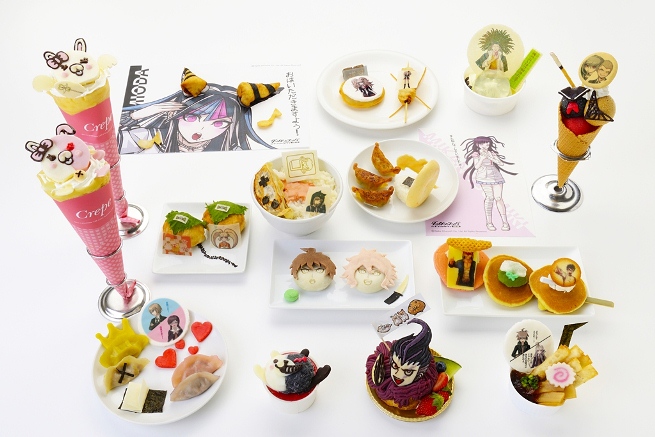 In addition to celebrating Another Story, there are plenty of food items made with other characters in the series in mind. Each order comes with a special collectable card of the character the food item is based on, for 19 in total… Good thing the campaign is on for two months for those who want to collect them all!

These Hajime and Nagito gyoza are simply amazing. I’m not exactly sure how these are gyoza (apparently Namja Town is big on gyoza) but the hair? The faces? Perfect. I think this one would be on the top of my list to try if I had the chance. 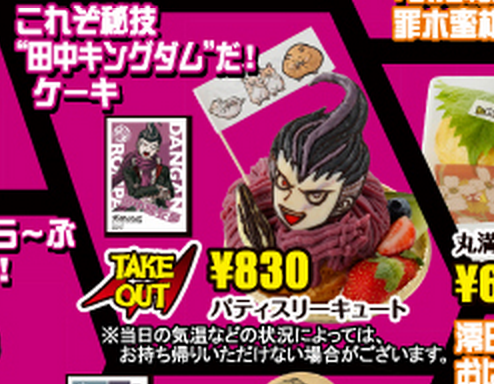 My second favorite, though, would have to be this Gundham cake. I love how the yam(?) looks like his scarf! And they even managed to feature the Four Devas of Destruction!

Even the Namja Town mascots are dressed up as Danganronpa characters! Can you tell who’s who?

Be sure to head over to the official Danganronpa in Namja Town 2014 site to check out all the different limited edition goods available at the event! Now I’m back to waiting for my copy of Another Episode to arrive…