Good Smile Company sure knows how to hook me. Since I’ve sworn not to buy figures for series I’m not a fan of, they just went ahead and announced a bunch of figures for series I’m really into! Not just any series, too – GSC is bringing out a surprising number of video game-related Nendoroids over the next few months, and I’m going to have to be extra careful with my wallet if I want to make it past August with any change left over… 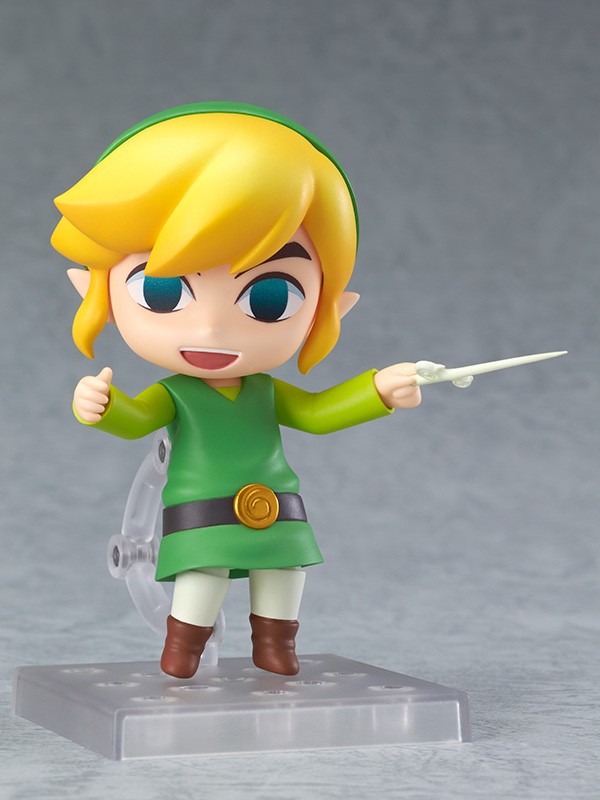 If the general internet’s reaction is anything to go by, Nendoroid Link: Wind Waker version is probably the most wanted of all the recent announcements. I’m going to break a few hearts by admitting that though he’s adorable, I probably won’t be purchasing him since I’m not a huge Zelda fan, and none of his posing options really grab me (let’s face it, I’m just making excuses for the sake of my wallet). I love the heart piece accessory, though! 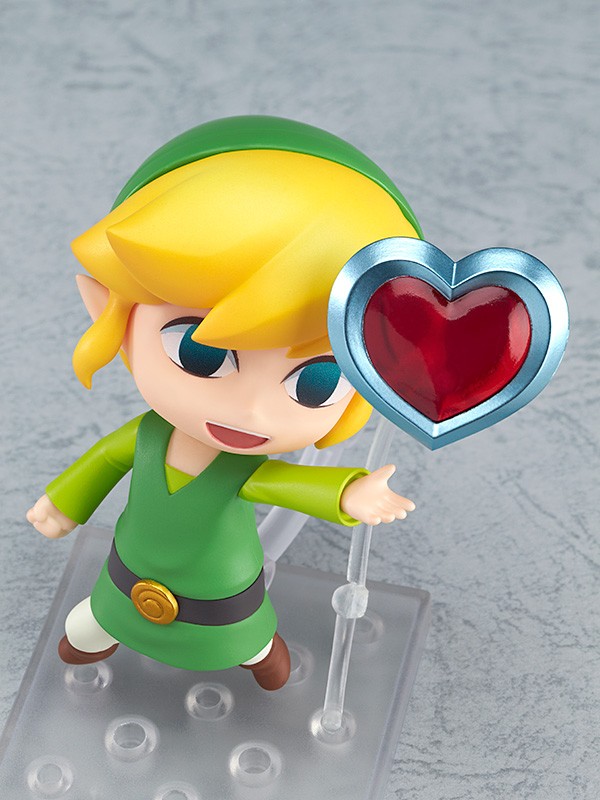 Link’s currently available to preorder on Good Smile Company’s website, Play Asia, Jlist, and Ami Ami and will be releasing this August. Nintendo fans might also want to check out the Luigi Nendoroid coming out in June, too! 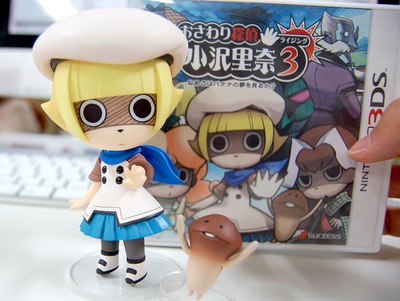 Unfortunately, Rin Ozawa Nendoroid is going to be a little harder to resist! The Touch Detective star comes with her very own Funghi companion, of course, and her design translates really well into Nendoroid form! She looks like she came straight out of the game! Just look at all these posing options: 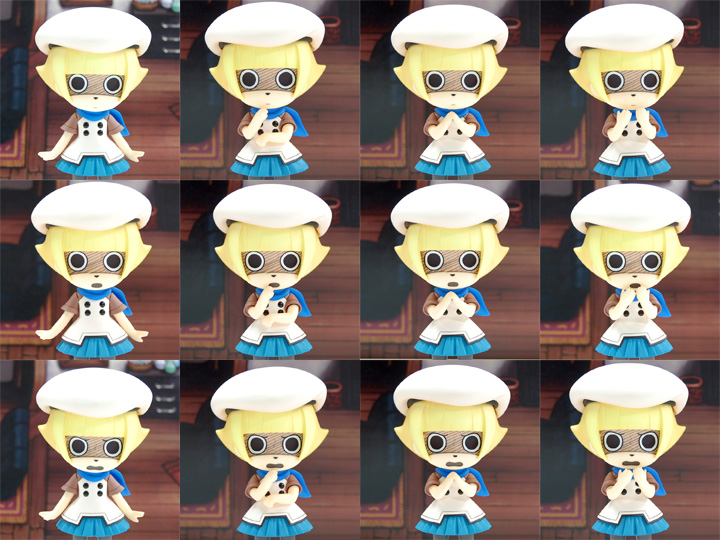 Rin will be getting an official preview on the Good Smile Company blog on April 30th, where we’ll hopefully be seeing more accessories aside from the Funghi. Preorders for the Nendoroid open on May 1st, coinciding with the release of Touch Detective 3 for the 3DS! In the meantime, there are many more photos of Rin, along with a fun promotional video, over at the official Japanese Funghi site. 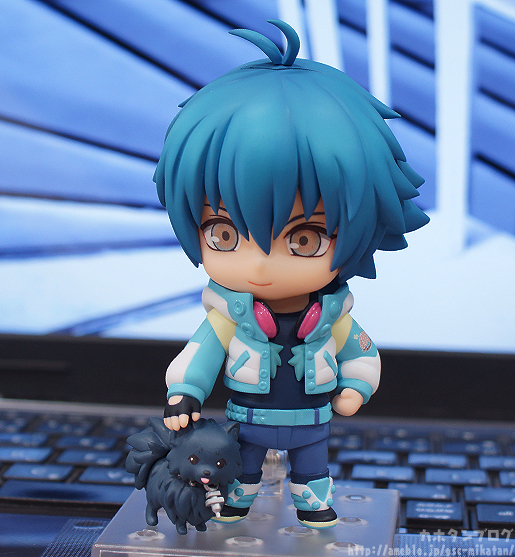 Now here’s the figure that really has me swooning – Aoba from the 18+ BL visual novel Dramatical Murder! His sculpt was first shown at Wonder Festival earlier this year, but they’ve finally unveiled the color version, and I have to say, he looks amazing! Between him and Gilgamesh, it’s really great to see more varied male Nendoroids. 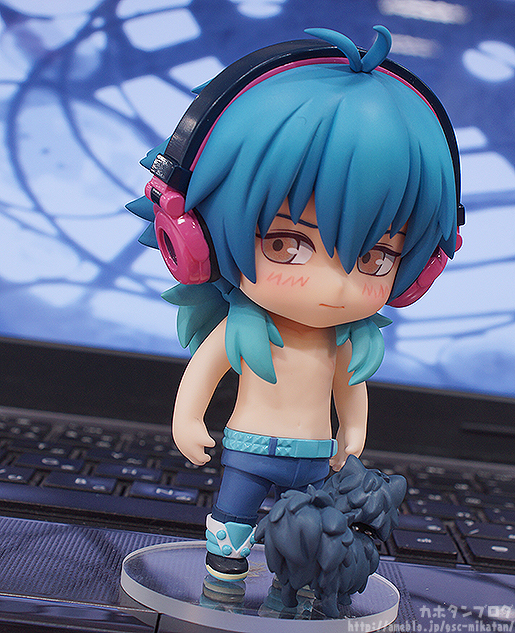 Is it hot in here or is it just me? I can’t believe they included a shirtless torso part! If you compare the two photos, you can see that he also has the option to have his headphones on his head or around his neck. What a nice touch! I love the blushing face, too – it’ll make him really fun to pose with other Dramatical Murder Nendoroids, if Good Smile Company ever does more. With an anime adaptation coming soon, it’s a distinct possibility that they will! 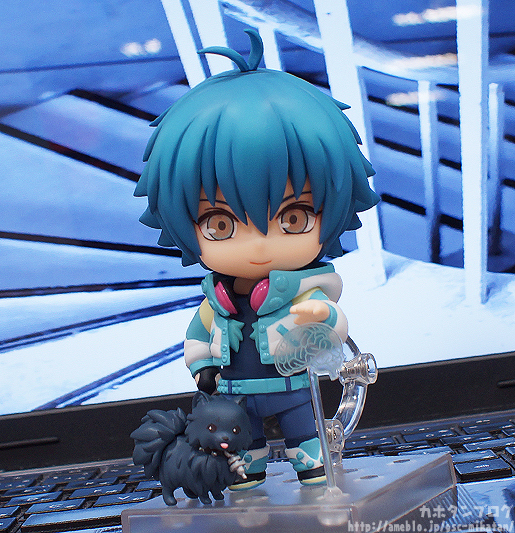 By the way, today is also Aoba’s birthday! What better way to celebrate than by preordering the Nendoroid from Ami Ami or Good Smile Company’s store? Unfortunately, you’ll have to wait until August/September for him to come out, though. I think the fact that most stores don’t require payment until the items are in stock is a cruel ploy to get us all to spend more money than we should be on adorable figures!