I’m a huge fan of Japanese snacks, but the sad fact is that it’s extremely difficult to find anything outside of the occasional box of Pocky here in Australia. Luckily, the internet has made it easier than ever to get my hands on all of my favorite Japanese treats, and a number of subscription services have even sprung up for Japanese snack enthusiasts around the globe. OyatsuBox is the first of such that I’ve tried, and I have to say, I might be hooked! 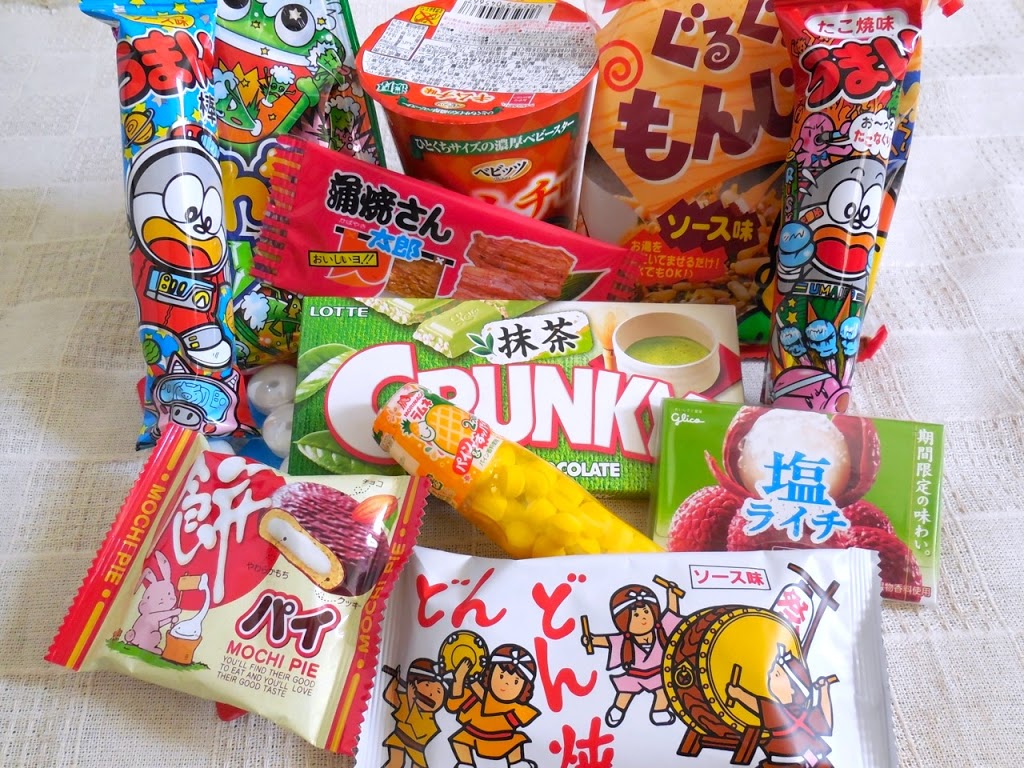 The folks at Oyatsu Cafe, a great website that sells all sorts of Japanese food, recently launched the OyatsuBox service, sends out a package of random Japanese snacks to subscribers on the first of every month. They were kind enough to send me March’s box, which arrived on March 14th, exactly 2 weeks after it was shipped. I decided to use this opportunity to film my first unboxing video – give it a watch to see my first impressions as I open the box!

A subscription costs $25 a month, which includes shipping anywhere in the world, and their official site guarantees 7 to 15 different snacks each month. If March’s box is any indication, they provide quite a varied and interesting selection. Though the shipping may be a little on the slow side, by not using the fastest option around they are able to pack even more snacks into the box while keeping it affordable, so I’m definitely not complaining! 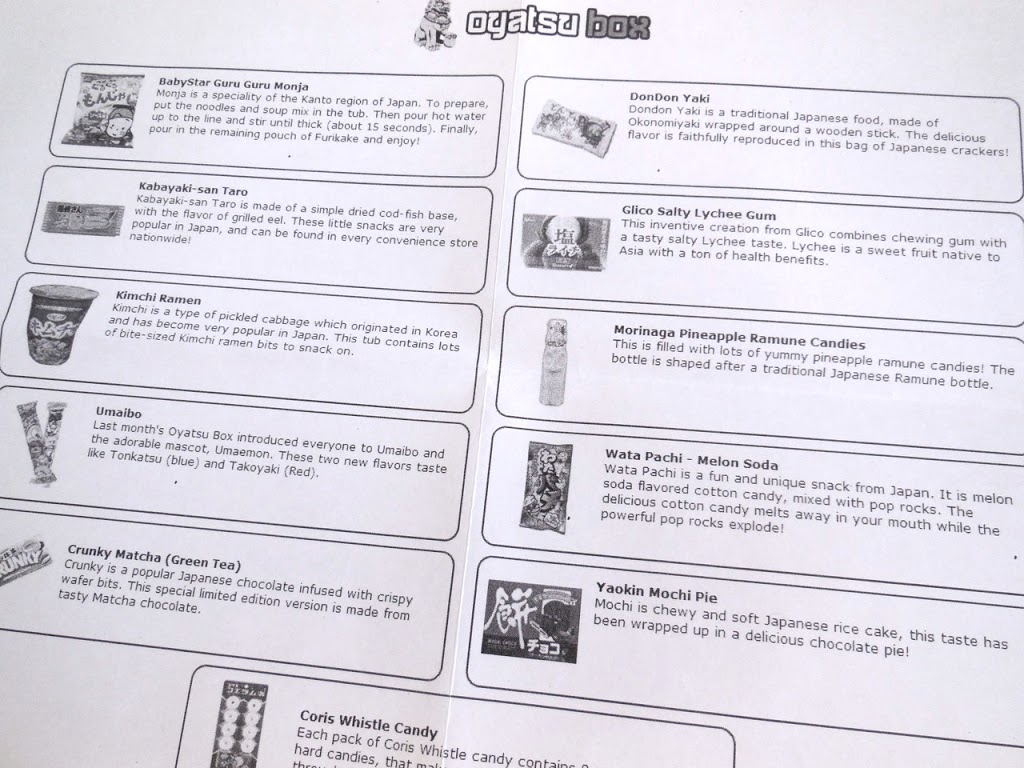 The information sheet included with each box is also a very nice touch so that you know exactly what you’re getting, even if you don’t speak Japanese. It also includes transcriptions of each snack’s name so you can search for them on Oyatsu Cafe’s website if you find yourself craving more!

I won’t be discussing the actual taste of the individual snacks in this review, but look forward to an upcoming episode of Apricotsushi Samples where I try everything in the March OyatsuBox! For now, let’s take a closer look at all the goodies in this month’s box: 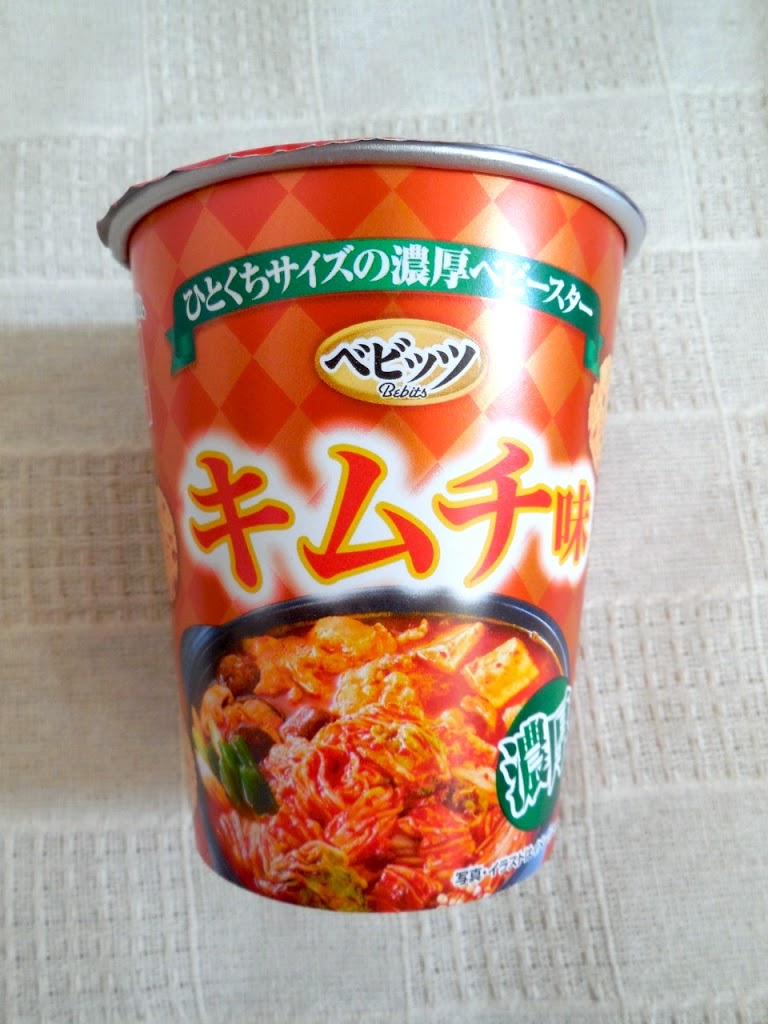 Now this container isn’t shy about advertising what flavor snack it contains: it says “kimchi” in huge red letters right on the front! If you’re not familiar, kimchi is spicy pickled cabbage originating in Korea, but it is also very popular in Japan. It has even made its way into Japanese ramen – hence these kimchi ramen bits, which are meant to be eaten raw. I’ve recently become quite a fan of kimchi, so I’m very excited to try these! 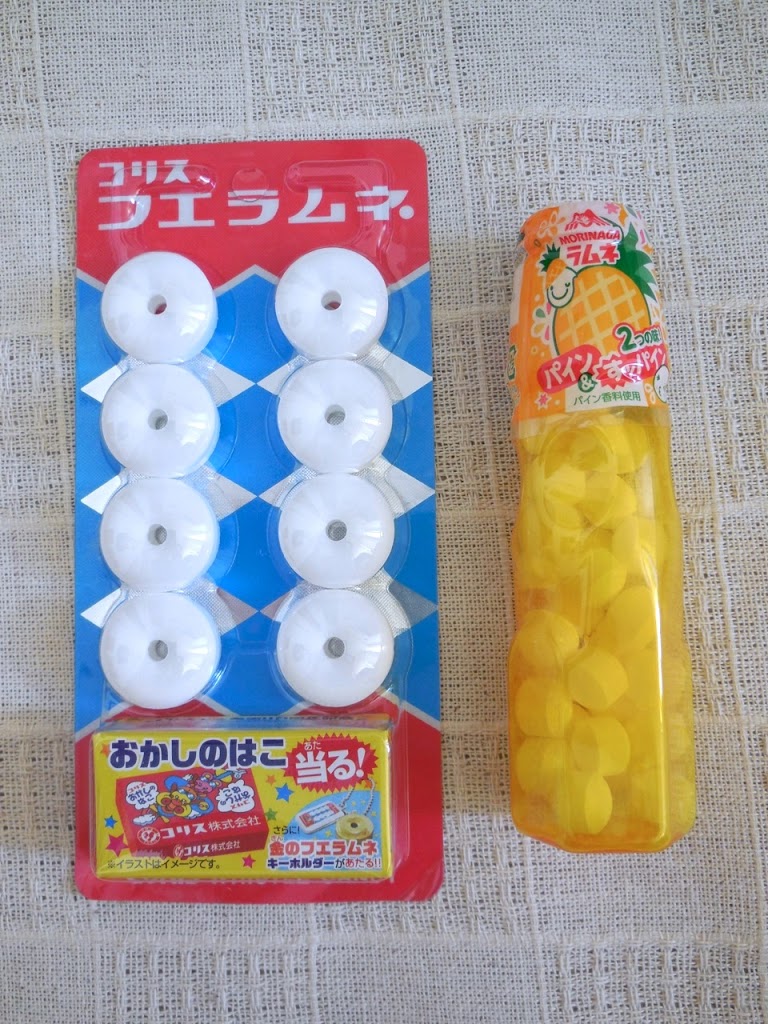 Next up are two different types of ramune (Japanese soda)-flavored candies. On the left are Coris whistle candies, which are a very classic Japanese candy that I’ve had the pleasure of trying before when I was in Japan. If you put your lips around the outside of the Lifesaver-shaped candy and blow through the hole, they whistle! The little box contains a random toy, too.

On the right are Morinaga pineapple ramune candies. I love how the package is shaped like a traditional ramune bottle! I don’t think I’ve ever had pineapple ramune before, so I’m very interested to see what these taste like. 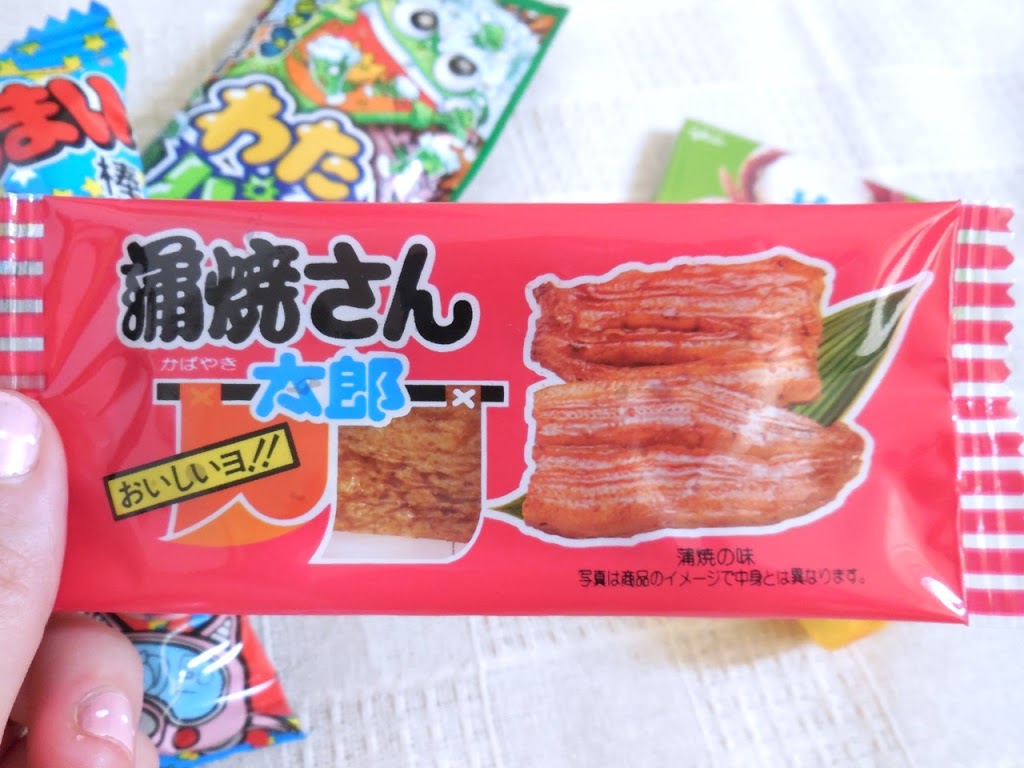 Now this interesting, tongue-like snack had me a little perplexed at first until I realized it was meant to look like grilled eel! According to the OyatsuBox pamphlet, it’s made out of dried code and and has a grilled eel flavor. It’s also a common snack found all over Japan, so I’m rather surprised I’ve never tried it! I’m not a huge grilled eel fan, so that might be why… 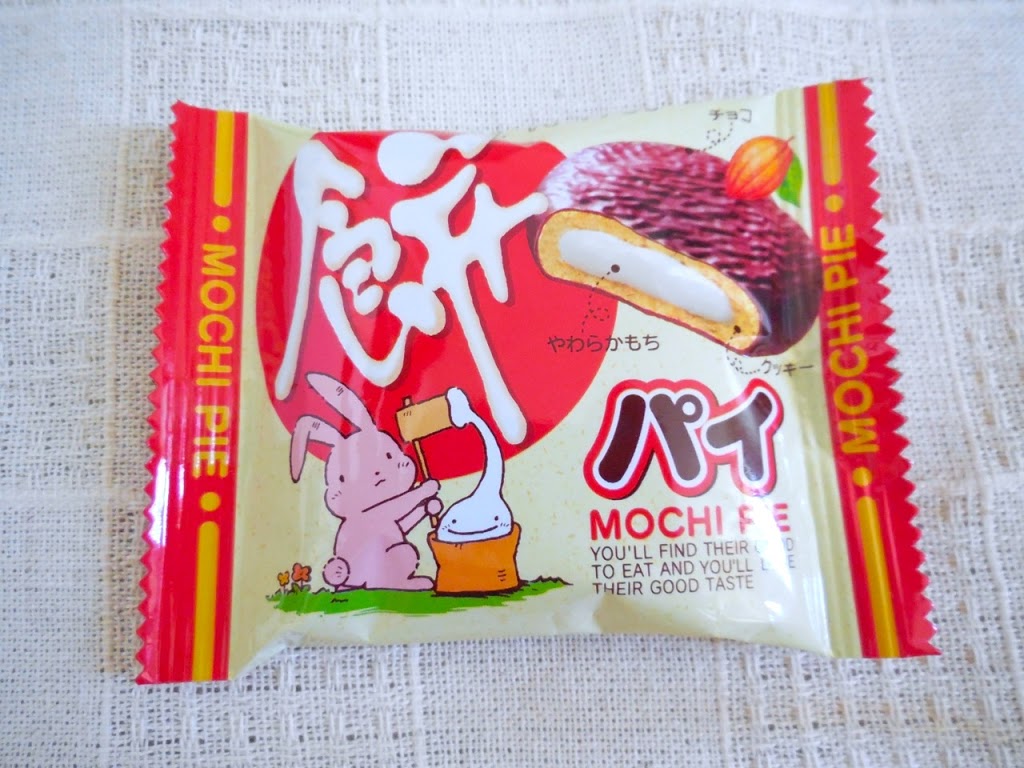 This candy, on the other hand, is one I immediately wanted to try! I’m a huge mochi (sweet rice cake) fan, so it’s been really tough keeping myself from eating this Yaokin chocolate-covered mochi pie all up before filming the Apricotsushi Samples video! I just love the cute illustration of a pink rabbit pounding mochi on the wrapper. The rabbit pounding mochi is an iconic symbol in Japan (and Korea, I’ve recently learned), as instead of seeing a man in the moon like us westerners, the Japanese see a rabbit pounding mochi! 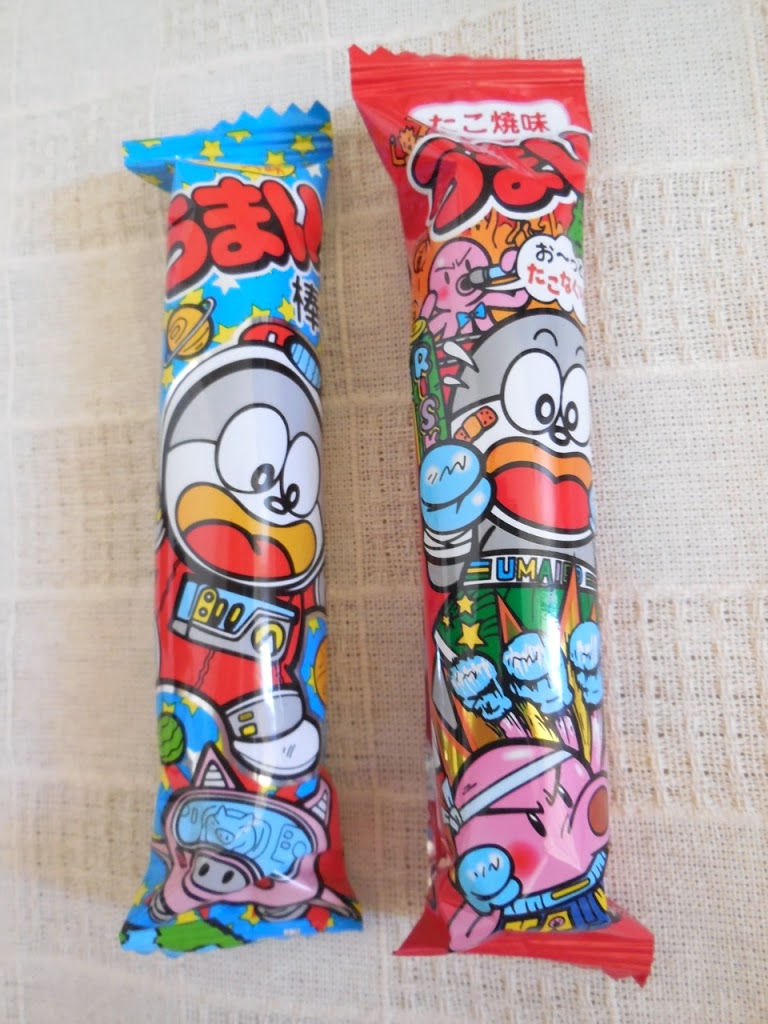 These Umaibo snacks are a colorful, iconic Japanese treat that I’m embarassed to say I’ve never tried, so I’m definitely happy to finally have to chance! OyatsuBox introduced subscribers to Umaibo last month, and is including two new flavors this month – tonkatsu (blue) and takoyaki (red). I love how they keep track of what they’ve sent and send thoughtful “follow-ups” in subsequent months. 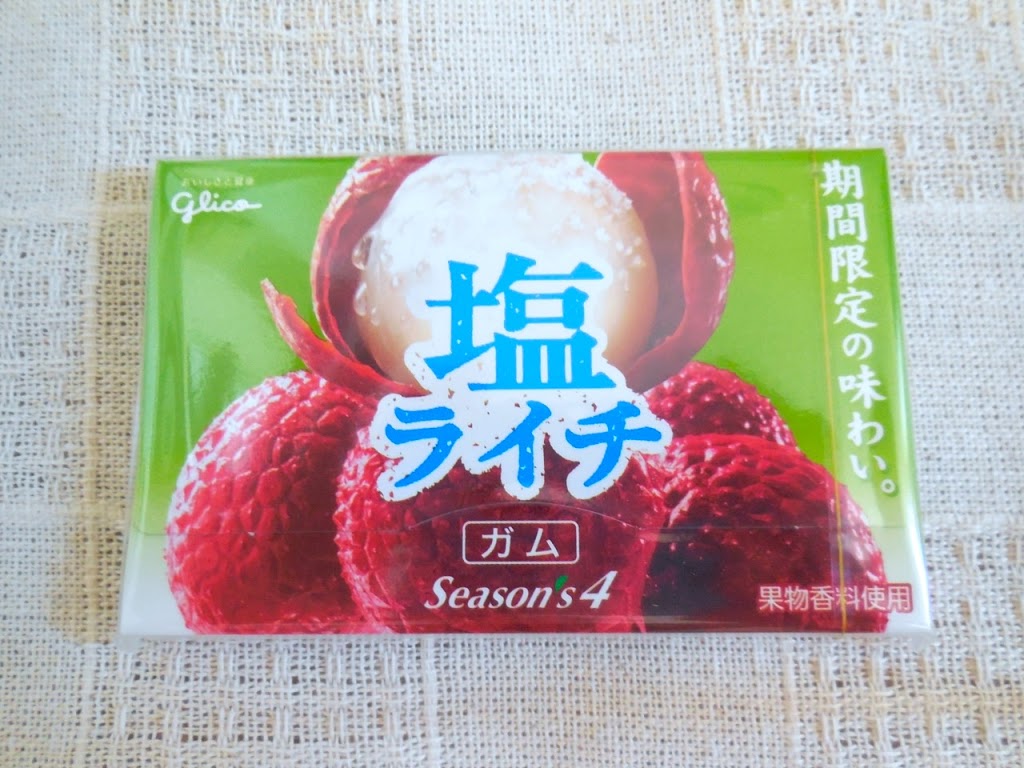 Next is another item I was excited to try from the moment I saw it. For those of you familiar with the fruit, it’s clear from the packaging that this candy is lychee flavored, but more specifically, it’s salted lychee-flavored gum! How intriguing! I imagine the idea of pairing salt and fruit might scare away some, but I’m already a fan of salted watermelon, so I’m definitely excited at the prospect of salted lychee. Unfortunately I don’t really eat a lot of gum, but I’m still interested to try this one out. 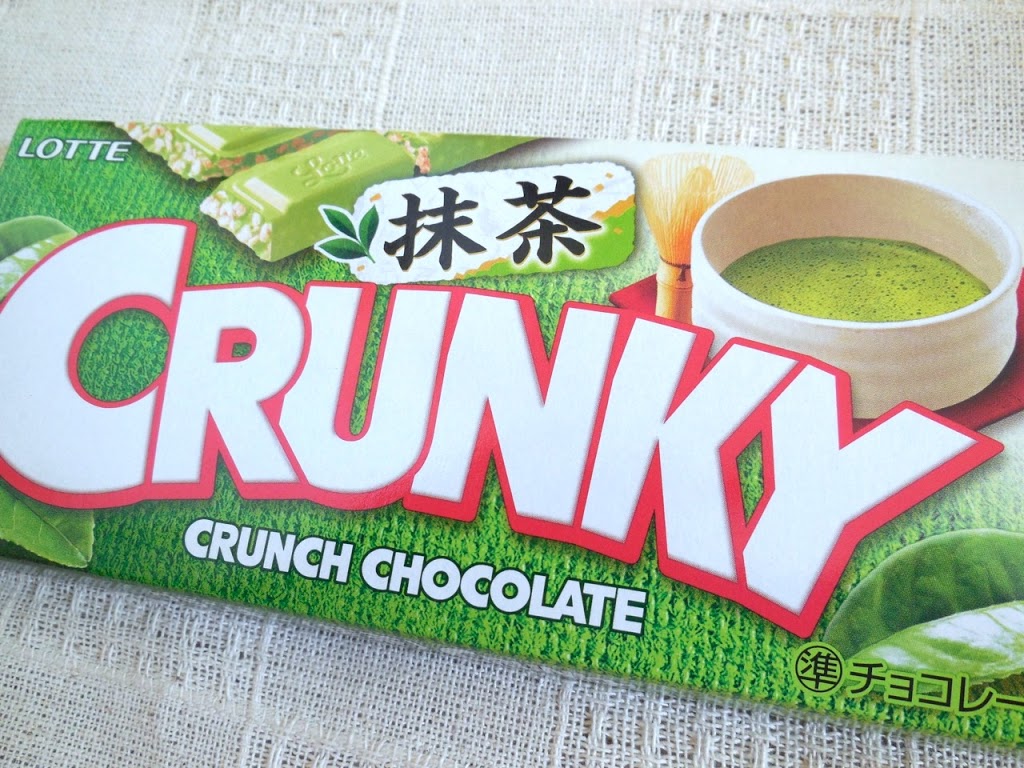 Here’s another popular Japanese candy – the good old Crunky bar. It’s basically just a chocolate bar with malt crunch bits inside, much like a Crunch bar. In this case, however, this Crunky bar is matcha, or green tea, flavored, which should make it a refreshing treat! 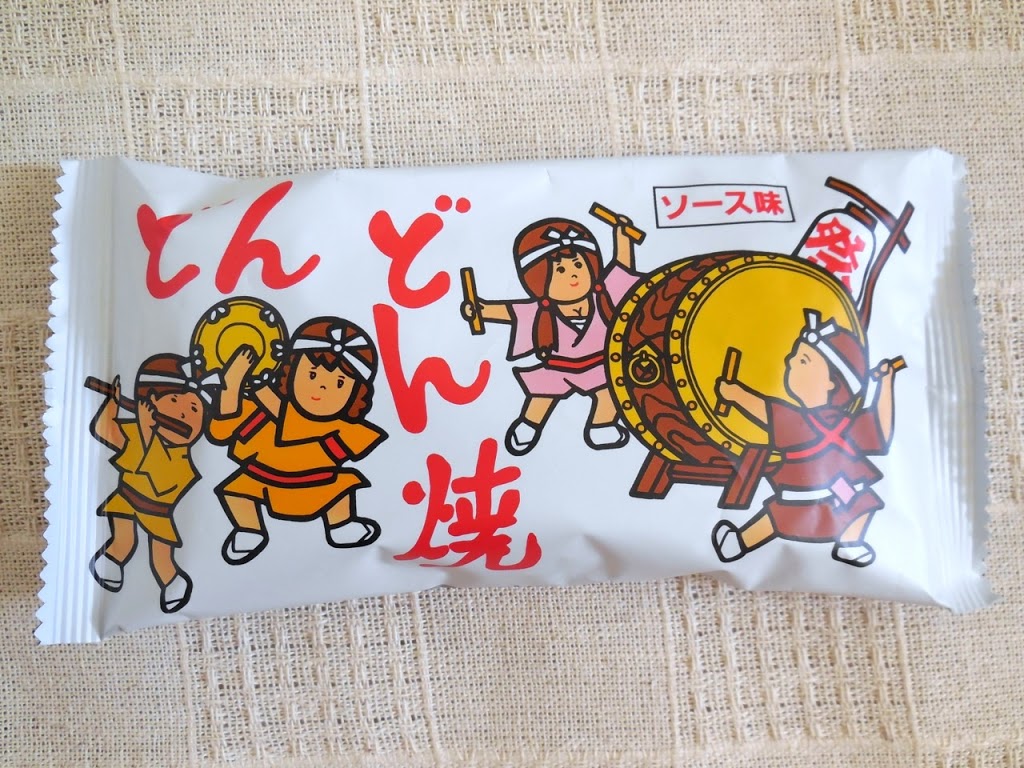 Now this traditional snack is called Dondon-yaki, named after the regional cuisine that is popular in the Tohoku region. Regular dondon-yaki is okonomiyaki that is wrapped around a stick, and this snack supposedly replicates the experience. I believe the images on the package are referencing the New Year’s fire festival of a similar sounding-name to the snack, Dondo Yaki, but if anyone else has a better idea, please let me know! It could very well just be a generic festival scene since dondon-yaki is a popular festival food, but I like the fact that it may be a play on the festival’s name, as well. I’ve never had real dondon-yaki, so I won’t be able to speak to how authentic this snack is, but I’ll give it a shot none the less. 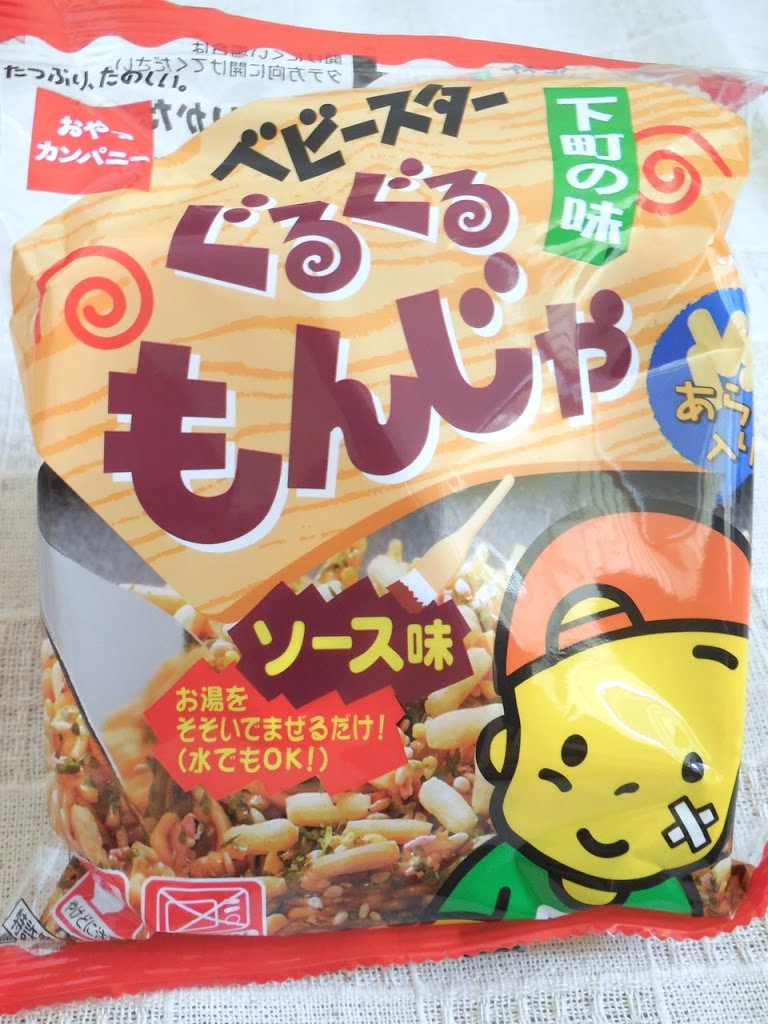 Here’s yet another snack based on a traditional Japanese food! This one’s called Guruguru Monja, which is a snack version of monja-yaki, or simply monja. Monja is another food I’ve not had the pleasure to try, but Google tells me it is very similar to okonomiyaki, but with a runnier batter and finer-chopped ingredients. This snack appears to be instant monja, as you add water much like you would to instant ramen noodles. I love the little kid on the package! 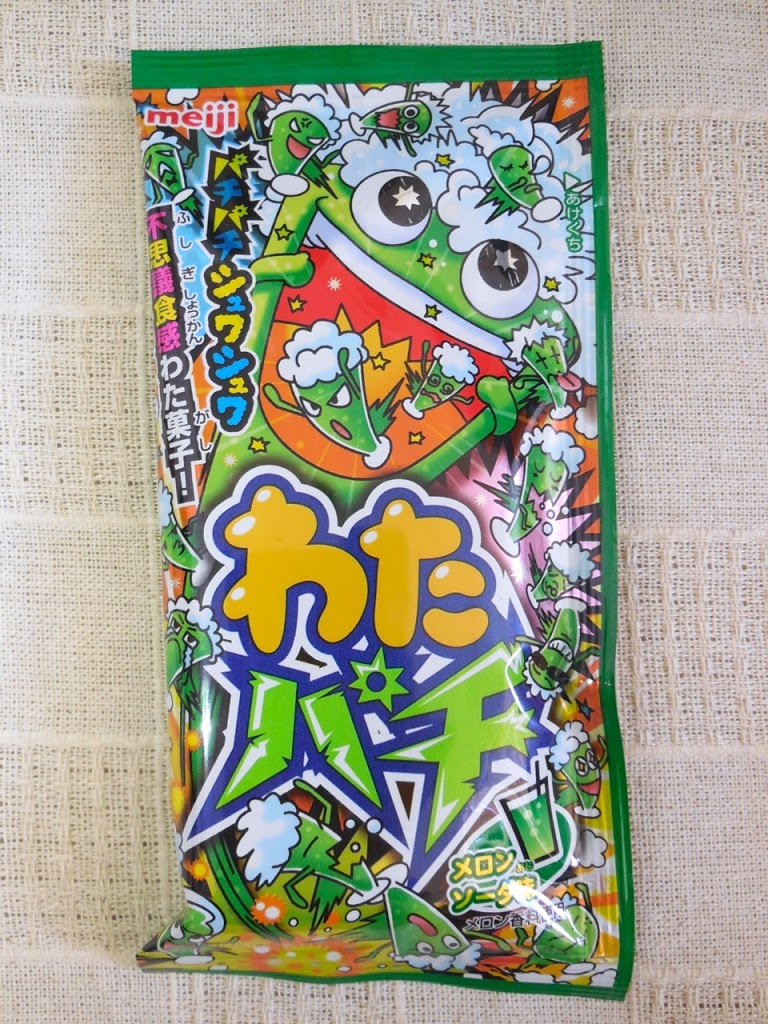 This Wata Pachi melon soda candy had the craziest packaging out of the whole bunch, so I just had to save it for last! I just love the crazy frog thing and all the little guys running around on the package. For those familiar with Pop Rocks, this Wata Pachi is very similar, except it mixes the popping rock candy with cotton candy for what I can only imagine is a very interesting combination. 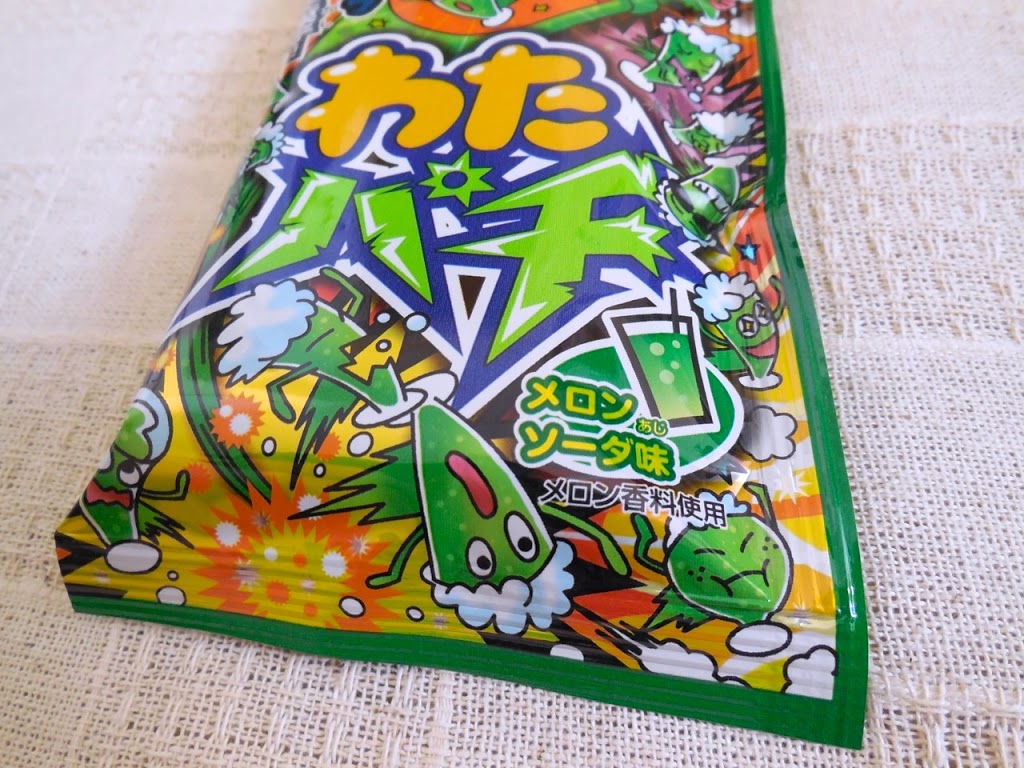 I just couldn’t resist the opportunity to add a close-up of the funny characters on the package. Are they supposed to be anthropomorphic glasses of melon soda? Whatever they are, they’re adorable!

If this isn’t an impressive array of snacks and candy, I don’t know what is! The OyatsuBox subscription service is a great deal for so many goodies at only $25, and they even offer the ability to cancel your subscription at any time. I had a peek at Yummy Unchi’s review of February’s OyatsuBox, and I do have to note that it’s a shame they didn’t include any character snacks or “limited edition” goodies like they did last month. I know Family Mart is currently doing a Hatsune Miku campaign that includes some specially-packaged items such as Look chocolate, so it would be nice to see them include at least one item like that every month. This is a small quibble, however, as overall I am absolutely thrilled with the selection of snacks I received! If you’re a Japanese snack fan, I definitely suggest giving OyatsuBox a try!

Note: OyatsuBox sent me a sample box for the purpose of this review. I am also an Oyatsu Cafe affiliate, but that did not influence my impression of their service or this review in any way. If you’d like to support more articles like this on Chic Pixel, please consider purchasing your Japanese snacks using my affiliate links!