I’ve always been a fan of NIS America for consistently bringing super niche Japanese titles to western audiences, but I’ll admit many of their recent titles, such as Mugen Souls and the Neptunia series, haven’t really appealed to me. For one reason or another, however, I’ve never quite kept up to date with what their Japanese parent company, Nippon Ichi Software, has been working working on. Well, perhaps I should be, as I just read up on their upcoming September release, Battle Princess of Arcadia (Arukadiasu no ikusahime), and I must say, it looks right up my alley!

Edit: Whoops, it turns out that NIS is just the publisher. Apollosoft, the folks who did Ragnarok Tactics, are the developers! 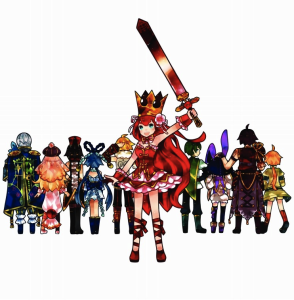 The first thing about Battle Princess of Arcadia that caught my eye, aside from the fact that the characters seem to be plagued with the same disease that caused the Fire Emblem: Awakening characters to not have feet, is the game’s bright, watercolor-esque art style. As the title of the post suggests, it very much strikes me as a cute version of Odin Sphere, which can only be a good thing in my book! 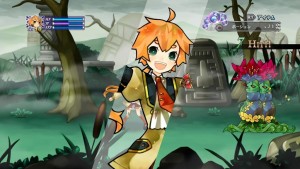 The gameplay itself looks to be quite similar to Odin Sphere, as well… At least in terms of the fact that both are 2D side-scrollers. Battle Princess of Arcadia has been described as a beat’em up title, suggesting a lack of tactical/RPG elements, but players will be able to have three characters in their party to swap in and out during a level at any given time, which should provide an added layer of strategy not seen in usual beat’em up games. In addition, you apparently even have an army to control: 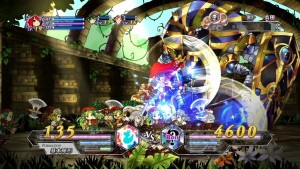 Though the environments aren’t nearly as detailed as those found in Odin Sphere, I’m really digging the overall look, and if the combat does tend toward the simpler side (I’ll admit Odin Sphere was a bit tough for me), then I think Battle Princess Arcadia could be a real winner. Oh, and there’s a goose king. for good measure: 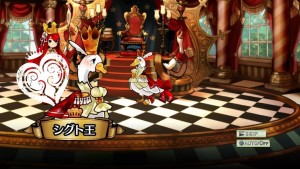 Adorable! Hopefully NISA will pick this one up, since it’s being published by their parent company. The game releases in Japan on September 26th, and I look forward to seeing how it’s received!