Monster Hunter may be a series I’ve always found myself interested in, but I never expected to fall for it so hard. I’m eating, drinking, and sleeping Monster Hunter – for the first time in ages, I actually find myself thinking about playing the game between sessions, pining away for the next hunt! 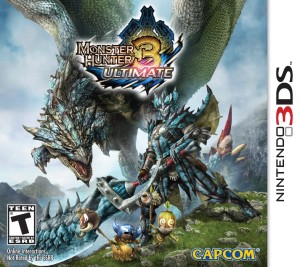 I’ve been trying over the last week to pin down exactly why I enjoy Monster Hunter so much, as at first glance it doesn’t really seem like the kind of game I’d enjoy. Obtuse systems, steep learning curve, and a large emphasis on grinding? Normally, descriptors like these would make me turn up my nose in disgust, but so far (I say this because I’ve only put in about 10 hours, and I’m positive I still haven’t gotten to the real meat of the game) Monster Hunter has been the right mixture of charming ambience, thrilling battles with dinosaur-like monsters, and mindless, yet relaxing, gathering sessions.

First, to clarify, I’m playing the 3DS version of Monster Hunter 3 Ultimate, and since I don’t have a Wii U to connect to the online multiplayer features of the game, my adventures so far have been 100% solo. I also don’t have a Circle Pad Pro, so I’m using the notoriously-frustrating single-stick control scheme… which I haven’t had all that many issues with, surprisingly! 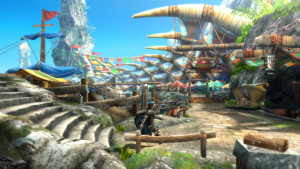 I know many are wary of giving Monster Hunter a shot due to the game’s reputation, so as someone completely fresh to the series, I thought it might be helpful for me to go over my experience with the game so far. Keep in mind that I am no way an authority on Monster Hunter, and I really have only scratched the surface of the game! But, if you’ve always been on the fence, perhaps my impressions will be of some use to you.

Of course, when talking about Monster Hunter, it’s hard to skirt around the supposed difficulty curve and the game’s penchant for sucking literally hundreds of hours away from players’ lives. Why, just the other day my friend and fellow games writer Brad Gallaway declared that he had finished up his review of Monster Hunter 3U, lamenting that he had only put in 75 hours at the time of writing (read it here!). Let me tell you, I can’t even think of a game outside of an MMO that you can put 75 hours into and still not have accessed the majority of its content! 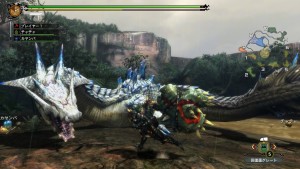 But do you need to put 75 hours in before the game is enjoyable? One thing’s for sure, if the first 10 hours are supposed to be the slow part of the game, then I think I’m going to be in for a real treat from here on out. It cannot be denied that the beginning of the game is a little on the overwhelming side, but a deliberate, systematic approach to learning how the game functions is all that is necessary for learning the ropes (i.e don’t jump into online multiplayer straight away and expect to know what you’re doing!). Oh, and taking some advice from fellow hunters doesn’t hurt!

So, in a nutshell, both of the above statements are true: Monster Hunter can be quite the time sink and it does take a while to get the hang of. But, for me, at least, herein lies the game’s charm. So far, I’ve loved the communal aspect of the game: everyone who plays Monster Hunter is extremely eager to coach newcomers and swap stories with one another to figure out the best way to tackle the game’s many monsters or determine the best armor layout. Moreover, I dare say the Monster Hunter community is one of the best game communities I’ve encountered yet – everyone is so friendly and just overflowing with love for the game, which, unfortunately, seems all too rare these days. Add this to what I believe to be the closest a game has ever come to presenting my ideal fantasy world, and Monster Hunter is a game I am happily looking forward to spending tens, if not hundreds, of hours with. 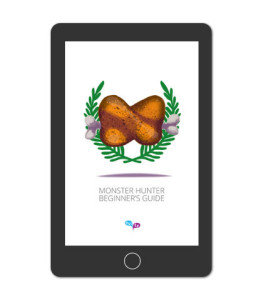 Now that I’ve gotten my first impressions out of the way, it’s time to move on to the juicy part of this very special blog post: I’m extremely excited to announce that I’ve teamed up with the lovely Sarah and Roy of Culty to give away not one, but two digital copies of their amazing Monster Hunter Beginner’s Guide!

You may recall that I wrote about the Monster Hunter Beginner’s Guide once before, and now that I’ve spent some time with Monster Hunter 3U, I just can’t stress enough how helpful it’s been. It’s done wonders for enabling me to quickly grasp the various systems presented in the game, and all the information is presented in an interesting, easy-to-understand format. The input they received from different Monster Hunter players is also a great introduction to the wealth of knowledge the community holds, and everyone’s excitement and love for the series is contagious! 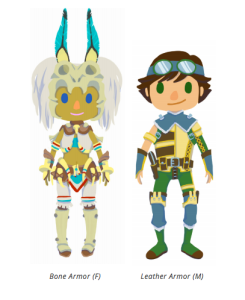 So, have I sold you on the game and Culty’s amazing guide yet? Well, I guess you’d like to know how you can win one, right? All you have to do is comment on this post with what interests you most about Monster Hunter (if you’re already playing, just tell me your favorite aspect of the game) before Saturday, April 6th at 9 pm EST to enter! I’ll decide the lucky winners using a random number generator and announce the winners on Sunday. The a PDF of the guide will be emailed to the winners for viewing on your computer or tablet of choice.