Though I have a few other posts currently in the works (including my much-overdue best of 2012 list), yesterday’s Pokémon X/Y announcement seemed like the perfect opportunity to whip up another Pokémon goods-related post. This time, however, I won’t be gushing over items I don’t have, but things from my collection found during my recent trip to my parents’ house in the US! 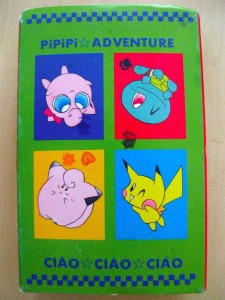 First up is an adorable mini playing card set that came free with a Japanese monthly manga magazine aimed at young girls called Ciao. As you can see, it’s actually for a series called Pi Pi Pi Adventure, better known as Magical Pokémon Journey in the west. I know next to nothing about the series, but I was lucky enough to receive these cards from a friend of my host mom who knew I liked Pokémon. Even though the stamps on the box “ruin” it from a collector’s point of view, I love the fact that it was an unwanted item that found a new home with me. 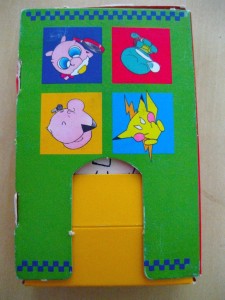 The box is very cute, but the images on the cards themselves just might be cuter: 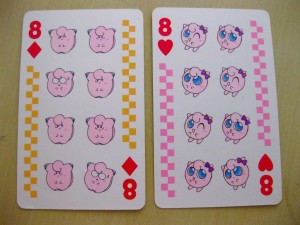 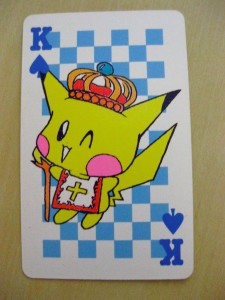 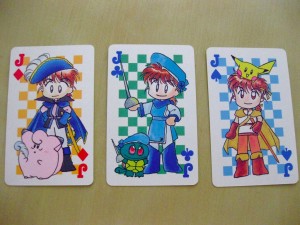 I think all of the characters shown on the cards are not random, but actual characters from the manga… Too bad I don’t know more about it!

Next up is perhaps one of the coolest random gifts my mom has ever gotten me: 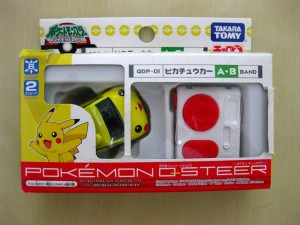 That’s right, a remote-controlled Pikachu car! I’m happy to report that it still works after many years of sitting in a box! 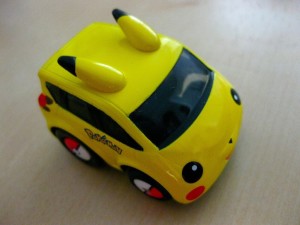 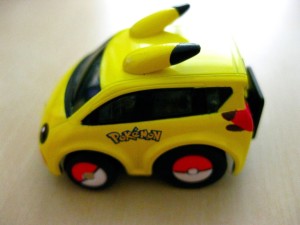 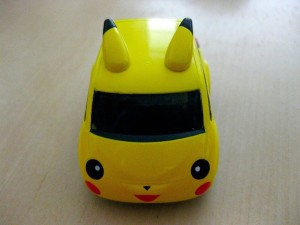 I’ll tell you, I’m not one for remote-controlled gadgets, but it’s a surprising amount of fun to watch a teeny-tiny Pikachu car zoom around the kitchen table. Now, if they made a real car that just looked like it…
It’s always quite the adventure to go through my things, and such a pleasant surprise to come up with a few old gems! Now I’m definitely in the mood for Pokémon X/Y‘s upcoming release this October…