I have to say, this is going to be my favorite Japan Envy posts in a while. Why? Because it’s about Tokimeki Memorial Girl’s Side-themed VISA credit cards!

Of course, there’re credit cards for virtually everything these days, but this is the first time I’ve seen a credit card game tie-in before (feel free to point out others in the comments, if you know of any). And this isn’t just any game tie-in, but an otome game tie-in!

The perks of this card are that once you collect a certain number of points, you’ll be rewarded with various exclusive merchandise. The lowest revealed tier contains stickers featuring characters from the three games, and there’s also a 800-point option that gets you a signed illustration. 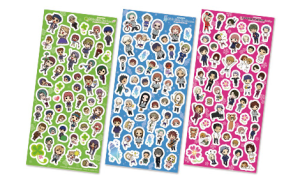 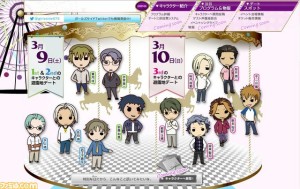 It’s still early, so there aren’t many details available on the website, but it will take place at Tokyo Disneyland and there’ll be all sorts of exciting things for fans going on, such as appearances from the voice actors and special exclusive goods for sale.
But who cares about that –– this date thing is what’s got me really interested! Apparently, it will consist of some kind of animation sequence that actually changes depending on the things you say. Along those lines, the website is touting that it’s an event where you’re not merely watching, but actually actively participating in. I’m not sure how they’re going to go about achieving any of that without having everyone just playing copies of the various games, though…
So, if there was a credit card available for your favorite game franchise or company (Nintendo VISA, perhaps?), would you want one? What kind of perks would you want it to have? I’ll be completely honest and admit that even though I probably wouldn’t actually attend the date event, I’d want a TokiMemo credit card solely because of the fact that it’s so adorable!
For more information on Tokimeki Memorial: Girl’s Side, head over to my Otome Game Primer post!