In honor of this week’s vampire-themed Manga Movable Feast, I thought I’d kick things off with a brief overview of some notable shojo titles that feature vampires. Of course, vampire in manga are definitely not limited to shojo –– in fact, the most iconic manga vampire stories are generally shonen, such as Hellsing, Vampire Hunter D, and Blood+, but the embarrassing truth is I know next to nothing about those titles and everything (not really) about shojo vampire manga. So, if romance, character development, and a large serving of sexy vampires is up your alley, read on for some titles that might interest you! 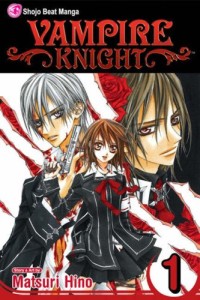 Vampire Knight
Vampire Knight is, without a doubt, the most popular modern shojo vampire title. The series began in January 2005 in Japan and is still ongoing, with 14 volumes currently available in English (the 15th is coming early November, just missing the MMF!). It ticks all the right boxes for a shojo manga hit: hot male characters, melodramatic plot, love triangle, and, as an added bonus, lots of vampire bites. The heroine, Yuki Cross, is the adopted daughter of the headmaster of a school for both humans and vampires. Her dream is for humans and vampires to coexist peacefully, but with a childhood friend who hates bloodsuckers and her long-time crush being none other than a vampire himself, navigating her relationships is far from easy. 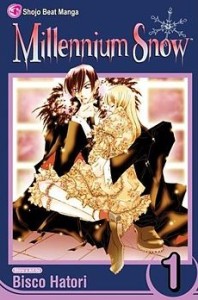 Millennium Snow
If the art in Millennium Snow looks familiar, that’s because it’s drawn by the same woman behind the popular Ouran High School Host Club series. The story centers on Chiyuki, young girl with a heart condition that not only leaves her extremely weak, but she’s been told that she won’t live long past 15 years of age. She meets a vampire who has the power to extend her lifespan to 1000 years if he drinks her blood… but unfortunately for Chiyuki, he doesn’t want anything to do with her blood! At only 2 volumes, it’s a great taste of shojo vampire goodness without a massive time or monetary commitment, but be warned: it’s on hiatus up until January of next year, so you might not want to start it if you can’t stand to be left waiting. 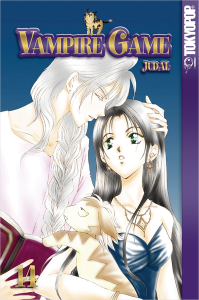 Honorable Out-of-Print Mentions
For the purposes of this post, I wanted to keep my list to titles that are only currently available in English, but surprisingly, a lot of the good ones have gone out of print after Tokyopop shut its doors. That doesn’t mean they aren’t easily available on sites like Amazon or eBay, but you’ll most likely have to go through individual sellers.

Bloody Kiss, in particular, is a great entry into the world of vampire shojo, as it is short (only two volumes), and unlike Millennium Snow, it actually concludes in two volumes. Unlike many of the other titles mentioned, however, it reads like a series meant for slightly younger readers, as it has an emphasis on humor and slapstick comedy.

Vampire Game is another great out-of-print title that might be worth tracking down for fans who like their shojo with heavy fantasy elements and a bit more action than the other titles on this list. Unfortunately, this one’s 15 volumes, so it might take a little more effort to get hold of the whole series.

And last but not least, I need to give a special mention to Model, a drop-dead gorgeous manhwa about a struggling artist who allows a vampire to take her to his mansion and repeatedly drink her blood in exchange for letting her paint him. Romantic, eh? 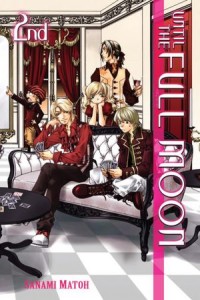 For those whole like boy-on-boy action
This wouldn’t be a Chic Pixel post without some boys’ love titles, so here’s a few I’ve round out that fit this month’s MMF theme perfectly:

Until the Full Moon
Now how’s this for a premise: Marlo is half-vampire, half-werewolf boy who has the misfortune of turning into a girl every month on the night of a full moon. His family has also betrothed him to his childhood friend and vampire David! Of course, chaos ensues. It’s also by the creator of FAKE, which anyone with a penchant for BL likely holds in high regard… And at only two volumes, you really can’t go wrong with this one. The story continues in At Full Moon. 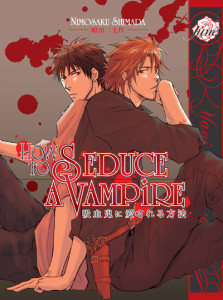 While Until the Full Moon might be a little too far on the gender-bending side for some hardcore BL fans, there are plenty of other vampire-centric BL titles worth mentioning, such as How to Seduce a Vampire, Bloody Kiss Tonight, and the manhwa My Boyfriend is a Vampire.

Of course, I’m sure there are plenty of titles I’ve missed or couldn’t cover for the sake of time and space, so feel free to let us know your favorite shojo vampire titles in the comments!