A while back, the Game Critics podcast featured a segment dubbed “The One that Got Away” that was all about the games we start but never finish for whatever reason. Okay, it might have been more along the lines of “games we wished we played but never did” but seeing as I can’t remember the finer details, I’m going to go with the former interpretation of said segment for the purposes of this post.

I’ll be the first to admit that I’m really terrible when it comes to completing games. One minute I’m head-over-heels for a certain title, but then something new comes out or I get a good deal on an old title I’ve been looking forward to picking up, and inevitably whatever I’m currently playing gets thrown to the side to make way for whatever new and shiny thing I got my hands on. 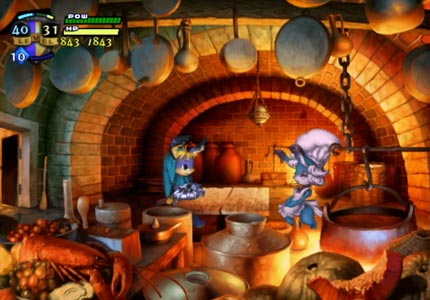 It probably wouldn’t surprise anyone that the main reason Odin Sphere caught my eye back when it was released for the PlayStation was its gorgeous visuals. When I started playing it, I was pleasantly surprised by the deep storyline and action-oriented gameplay that, admittedly, I’m not very good at. But my favorite part of the game was mixing different ingredients into all kinds of tasty-looking food! Those illustrations were part of the reason why Odin Sphere was so hard to play –– one boss in particular lagged so badly due to everything on the screen that it was almost impossible to get through. I got a good 25 hours into this one, so I definitely want to return and finish it someday. 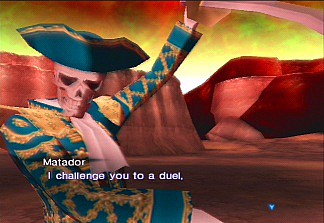 
I’m embarrassed to admit that the above picture is exactly why I gave up on SMT: Nocturne. Even more embarrassing is the fact that anyone who’s played the game probably knows that he is literally the first major boss in the game… but he’s so brutally hard! For a teenager with little patience and next to no RPG experience, the choice was simple: move on to another game. I know Nocturne is supposed to be a great game, though, so I fully intend to restart from the beginning and actually play it the whole way through one of these days! 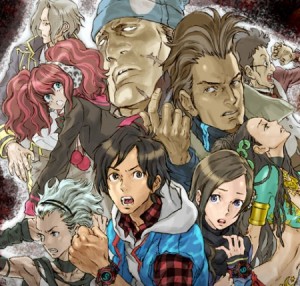 
Now this one might not exactly count, as I’ve actually completed one playthrough of the game. The thing about 999 is that, as a visual novel with puzzle elements, it has multiple endings, and only one is canon (from what I understand). The ending I got was certainly not the “good” ending, so I’d really like to go back and see the full story! Unfortunately, I played through 999 about a year about now and my memory of the finer plot points is pretty hazy… But I need to make this one a priority to complete before the sequel, Virtue’s Last Reward, comes out for PS Vita and 3DS later this year. 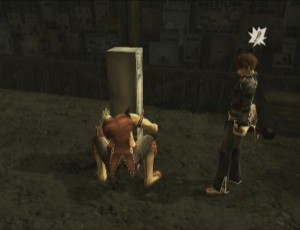 
In many ways, Shadow Hearts: Covenant for the PS2 is a pretty average JRPG, but it’s also got some of the funniest dialogue and best supporting characters in any RPG I’ve played. There’s a vampire wrestler who makes a weapon out of whatever large, heavy objects he finds in the environment (see screenshot above), the best gay duo to feature in any video game ever, and a snarky white wolf! What more could be better, right? Well, you also get to collect stud cards for said gay duo in order to upgrade a certain character’s ability, along with all other manner of weird and whacky stuff. I’m really ashamed to admit I haven’t finished this one, as it’s one of my favorite PS2-era JRPGs, and I don’t even have a good reason as to why I never bit the bullet and got ‘er done, as they say. I know I’m actually quite far in the game… Looks like I know what should be next on my list.


Ah, that screenshot brings back memories… I think I’ve played the first 5 or so hours of Chrono Cross at least three times. For whatever reason, I’d always get to a point where I’d get stuck/bored and come back to the game after a long stint of playing something else, only to feel I’d forgotten enough to merit starting over from scratch. The last time I played, I got around the 15-hour mark… and got stuck again. Have I ever mentioned that I sucked at video games during the PSone/PS2 era? (whether or not I still suck is up for debate) I really need to knock Chrono Cross off of my list one of these days, and maybe actually get more than 2 hours into Chrono Trigger… But that’s for another post!

So what’s on your “one that got away” list? Don’t leave me alone out here! Share your shame in the comments!