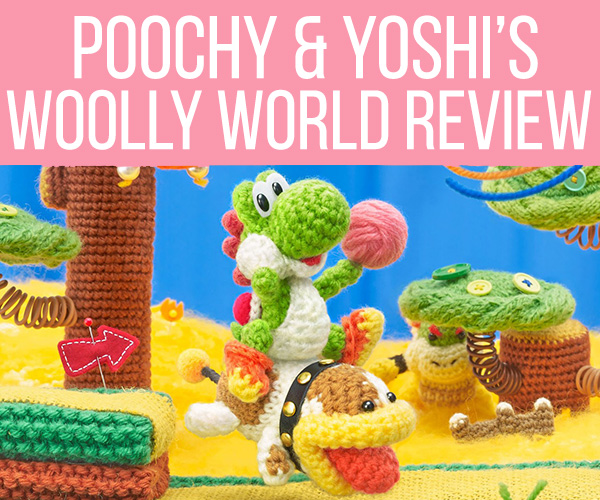 I’m not a big fan of platformers. Subsequently, I’m not much of a Mario fan, mostly because I’m hopeless at things like precision-based jumps, and I quickly tire of repeating the same level every time I fall into a pit. Despite that, Yoshi’s Woolly World

for the Wii U was one of my favorite games of 2015 due to its adorable visuals, stellar soundtrack, and approachable gameplay. Frustrated with a seemingly unbeatable level? No problem! Yoshi’s Woolly World‘s Mellow Mode, which gave Yoshi little wings and the ability to fly infinitely, meant that players of all skill levels could enjoy what the colorful world of yarn had to offer.

. Though the game is essentially the same aside from a few extra bells and whistles, I’m ecstatic that more people will finally have the chance to play one of my favorite titles on the Wii U!

If you never played the original Yoshi’s Woolly World and don’t have access to a Wii U, it’s hard not to recommend the 3DS port. The Yoshi games have always had a reputation of being easier than their Mario counterparts, so if you like a laid-back platformer experience, you’ll definitely find that here. However, the difficulty does start to ramp up after a couple levels, especially if you’re intent on collecting all of the hidden items. I stubbornly resisted turning on Mellow Mode for most of the game, and I found more than a few levels to be quite challenging!

But if you’d rather just experience all the cuteness Poochy and Yoshi’s Woolly World has to offer (and it has that in spades!), Mellow Mode offers the ability to breeze through the levels, and now there’s an additional option to have mini Poochy pups in lieu of yarn balls, so you’ll never run out of projectiles to throw. They’ll also sniff out all the hidden secrets in the level so you don’t have to spend your time combing for hidden flowers!

Other new additions to the 3DS port include a theater mode where you can watch some adorable stop-motion shorts of yarn Yoshi and Poochy, an autorun mode where you control Poochy and collect items, a yarn Yoshi edit mode, and a slew of new compatible amiibos, including the new yarn Poochy amiibo. I just wish the theater mode didn’t require you to wait a 24 hours for each new video to unlock! Since there are 31 in total, it takes 31 days to unlock them all. It doesn’t happen automatically, either – you’ll have to boot up the game manually every day if you want to make sure to unlock them, which is a shame if you’ve already played the Wii U version and just want to see the new content.

Despite the new features and increased Poochy prominence in Poochy and Yoshi’s Woolly World, I couldn’t help but miss the lack of co-op and the breathtaking quality the yarn visuals had on the Wii U. My husband and I played most of the original together, and though some of the more difficult levels really aren’t suited for co-op, it’s hard to beat the joy of a good couch co-op experience. 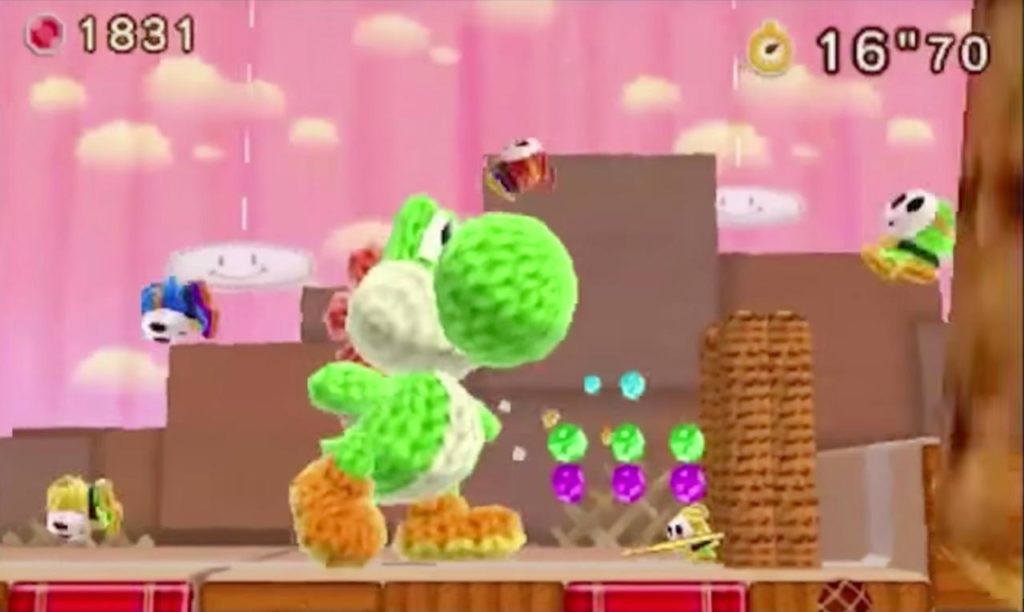 As for the visuals, some concessions had to be made for the 3DS version, such as the 2D presentation of the world map, and the fabric textures in the environments just don’t compare to the Wii U version. That said, it is impressive what the 3DS hardware is capable of (including 3D, but I usually play with it turned off). If you’re tossing up between whether you should play this version of the game or not play it at all, I still wholeheartedly recommend the experience.

Note: A copy of the game was provided by Nintendo of Australia for the purpose of this review. This post contains affiliate links.