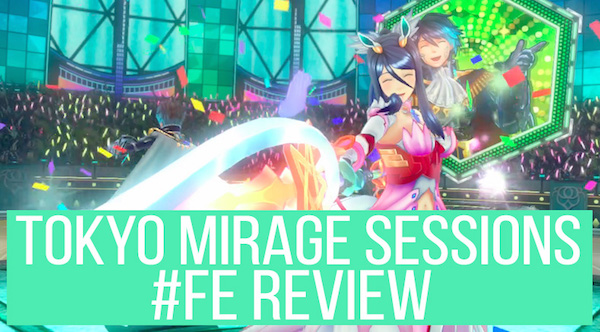 While I’m not one to lament the “fall of the JRPG” as so many have done in recent years, it’s been a long time since I really sat down with one. It’s certainly easier to put 40+ hours into a game when you’re living at home and don’t have to worry about paying the bills! Especially when you might only have an hour a night to play games, it can be disheartening to dedicate a session to an RPG where the most you might accomplish is making a little headway in a dungeon. But with its colorful world and snappy gameplay, Tokyo Mirage Sessions #FE had me hooked right away! 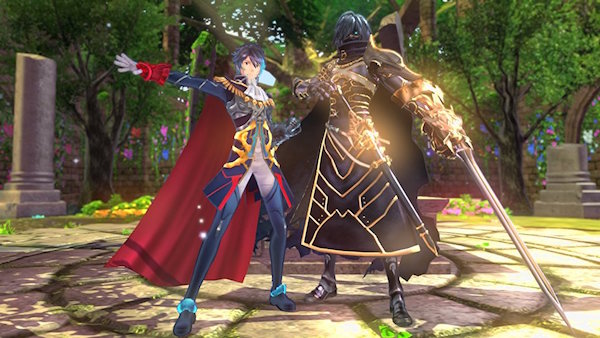 Tokyo Mirage Sessions #FE‘s claim to fame is that it’s the marriage of the Fire Emblem and Shin Megami Tensei franchises, though from my understanding the Fire Emblem influence is mostly limited to character cameos such as Chrom (pictured above). And with that, my secret’s out: I’ve never played a Fire Emblem game. I’m also not very familiar with Shin Megami Tensei outside of the few hours I played of Nocturne, so perhaps the elements integrated from the series were lost on me. However, Tokyo Mirage Sessions #FE definitely has me interested in checking them out, which is a testament to the quality of the game.

Since Tokyo Mirage Sessions #FE released for Wii U in Europe, Australia, and North America all the way back in June, you’re probably already familiar with the basic premise of the game, so I’d like to spend this review focusing more on exactly what it is about the game that jived so wonderfully with me. But if you’re only just learning about the game now, the basic premise is that some teens in modern-day Tokyo who want to become idols have teamed up with powerful otherworldly beings known as Mirages to defeat mean Mirages who want to sap people of energy known as “Performa.”

From the get-go, it’s abundantly clear that Tokyo Mirage Sessions #FE is heavily steeped in Japanese popular culture, so if anime and J-Pop aren’t your cup of tea, that may be a turnoff. If anime and J-Pop very much are your cup of tea like me, then you’ll be thrilled to play this JRPG homage to Japanese popular culture that is second only to The World Ends with You. Iconic Shibuya locations have been beautifully recreated, and the original Japanese songs made especially for the game are intact for the English release, meaning you’ll definitely get the full Japanese teen pop experience. There’s even an adorable text messaging system that actually makes use of the Wii U GamePad in a unique way, and adds a lot of flavor to the character interactions.

I could gush over how fun the game is from a narrative and aesthetic perspective for days, but you probably want to know how it plays, right? I was pleasantly surprised to find that the relatively by-the-book turn-based battles are spiced up by Sessions, which allow you to chain characters’ special attacks together in quick succession to make quick work of your enemies. While there is a normal attack option, the game really expects you to heavily utilize Sessions, which result in longer and flashier combos as the game goes on. It might sound tedious to have to watch so many combo animations, but they’re kept short and snappy, and the ability to change the appearance of your characters’ equipment keeps the sequences looking fresh. The game also lets you save anywhere you want outside of battle, so between that and the Session-filled fights, I actually found myself enjoying dungeon crawling in an RPG for the first time in ages. 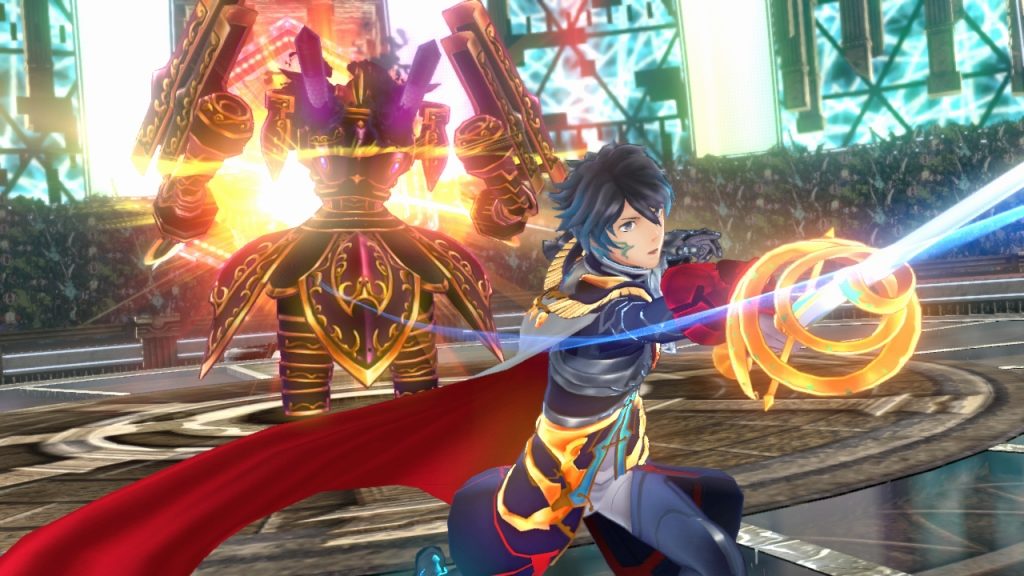 I would like to point out that oddly the voiceovers in battle aren’t subtitled, which seems like a big oversight considering how well the rest of the game has been localized. The characters add color to the fights by commenting on the power of the enemy, or your current state in battle, so it’s a shame that it wasn’t included.

My only other complaints feel like minor annoyances – it’s hard to understate how much joy Tokyo Mirage Sessions #FE has brought me, especially after not feeling the drive to play through a JPRG in a very long time. However, the over-the-top anime storyline comes with some clichés: namely, the preoccupation with a certain character’s breasts (most notably when she’s introduced), and the cringe-y foreign otaku stereotype that is Barry Goodman (not to mention the whole “celebrity who let himself go” narrative). There are also so many game-specific terms to keep track of that it made my head spin, but that could just be me showing my age. For example, Tokyo Mirage Sessions #FE calls weapons Carnages. What are Mirage Masters again? Which type of unity is Radiant Unity? I honestly had to take notes to keep everything straight…

But narrative clichés and silly terms for everything come with the territory of “super over the top Japanese pop culture RPG,” so it’s hard to get too bogged down with these irritations. Tokyo Mirage Sessions #FE has a lot of poppy, bubbly heart, and made me actually play a JRPG for more than an hour for the first time in nearly 10 years. While I still haven’t completed it (I’m about 20 hours in), I can’t see my opinion of it changing overall, even if the final dungeon is a doozy. With the Wii U soon to be replaced by the Switch, I urge anyone remotely interested in Tokyo Mirage Sessions #FE to pick it up. It’s bound to be a hard-to-find gem in a couple years time!

Can’t get enough Tokyo Mirage Sessions #FE? Check out my unboxing of the limited edition! Also, if you have any recommendations for JPRGs that I might enjoy if I liked this, let me know in the comments!

Note: A copy of the game was provided by Nintendo of Australia for the purpose of this review. You can help support Chic Pixel by purchasing the game through Amazon using my affiliate link!