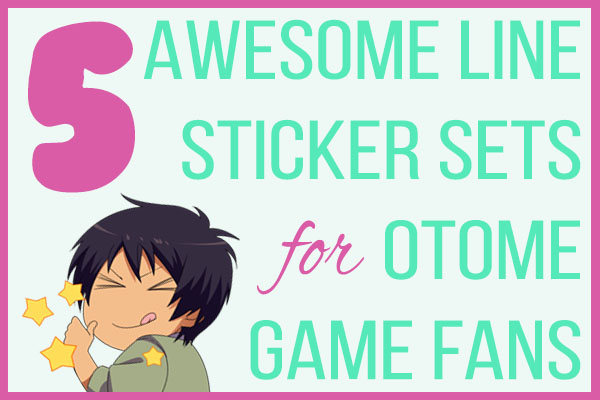 LINE may still be relatively unknown in the west, but the messaging app’s vast array of adorable stickers and themes has taken already Japan and much of Asia by storm. From Rilakkuma to Hatsune Miku to nearly every Disney character you can think of, these illustrated reaction images make chatting constantly adorable and fun. If you aren’t using LINE already, you can download it for free for iOS or Android and start using the free sticker packs right away. Once you’ve made an account, you can even install and sign in to the app from your PC or Mac!

With the recent addition of the Creator’s Store, now anyone can create and market their own sticker sets. The unfortunate side effect of this is that there is no real way to easily find what’s available looking for, and most Japanese creators do not share their sticker release announcements in English. While you can do a simple keyword search, they often gives hundreds of results to wade through!

The good news is, if you’re into otome games like me, there are actually a plethora of official stickers available. Since they’re so hard to keep track of, I thought I’d highlight five of my favorite sets so you can make sure to add them to your LINE library. If you want to see more, let me know in the comments and I’ll whip up a part 2!

Uta no Prince-sama 2 – Uta no Prince-sama is probably best known as an anime outside of Japan, but it originated as a hit otome game for the PSP. This sticker set is based off of the second season of the anime (hence the 2), and there’s even a second set if you find yourself wanting more singing princes. The second set is the only one that features the members of QUARTET NIGHT, but I personally like more of the crazy expressions in the first set.

Zettai Kaikyu Gaiden – I don’t know a whole lot about this PC otome game, but I can say I’m a huge fan of the art! It’s interesting to see a sticker set like this released on the English version of LINE, considering the game itself isn’t available in English, but that’s actually not uncommon! Many other popular Japanese otome games that aren’t available in English, such as Diabolik Lovers, have sticker sets, as well. If the art intrigues you, there’s a demo of Zettai Kaikyu Gaiden available for PC. 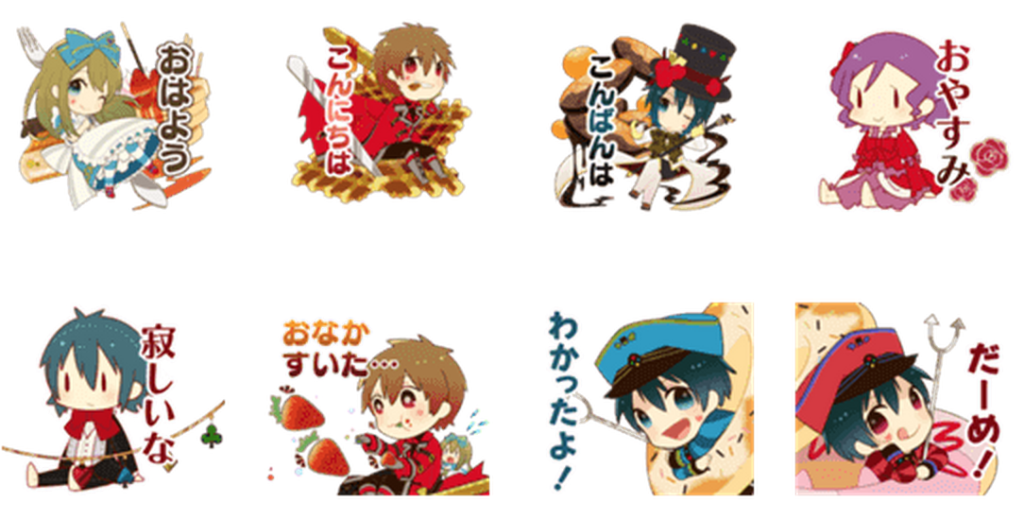 Alice in the Heart (Deformed Chara) – When rounding up otome game stickers that have been released on LINE for this post, I couldn’t believe the sheer amount of QuinRose, particularly Alice in the Country of Hearts, stickers there were in the Creator’s Store. Alice alone has at least 9 different sets, and QuinRose has also been releasing sets of Alice in the Country of Clover and Peter Pan in the Sweets Island, as well! My personal favorite are the two “deformed chara” sets, which feature the Alice characters in a super cute chibi style. If you’re interested in checking out the game, it’s available in English for iOS. 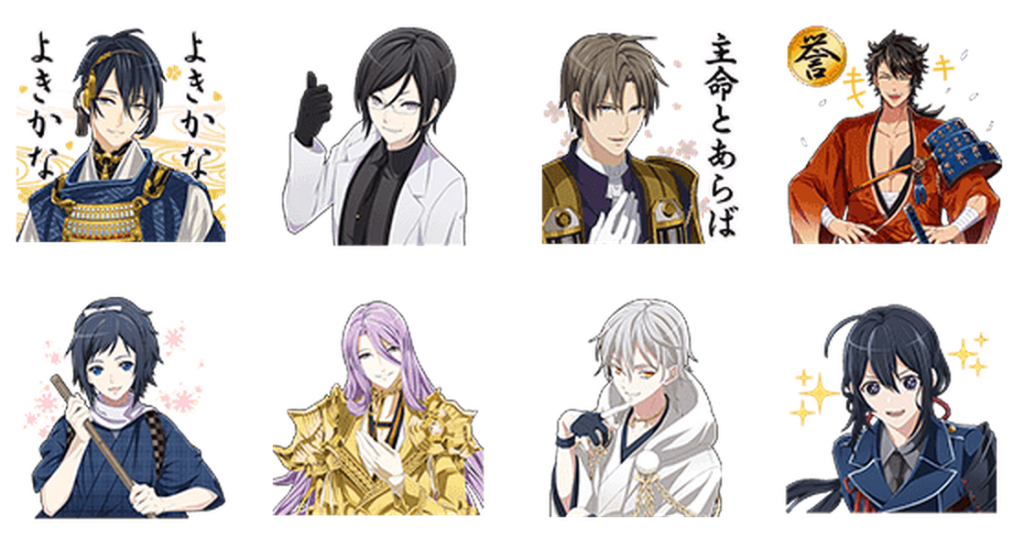 Touken Ranbu-Online- – Touken Ranbu isn’t an otome game per say, but the browser game by the creators of Kantai Collection featuring anthropomorphized swords is a huge hit with the otome game crowd. But not only is Touken Ranbu not available in English, they go so far as to block non-Japanese IP addresses! If you want to actually play the game, you’ll need to jump through a few hoops, but you can always satisfy your craving for handsome sword men with this great sticker set and/or one of the many upcoming Nendoroids. 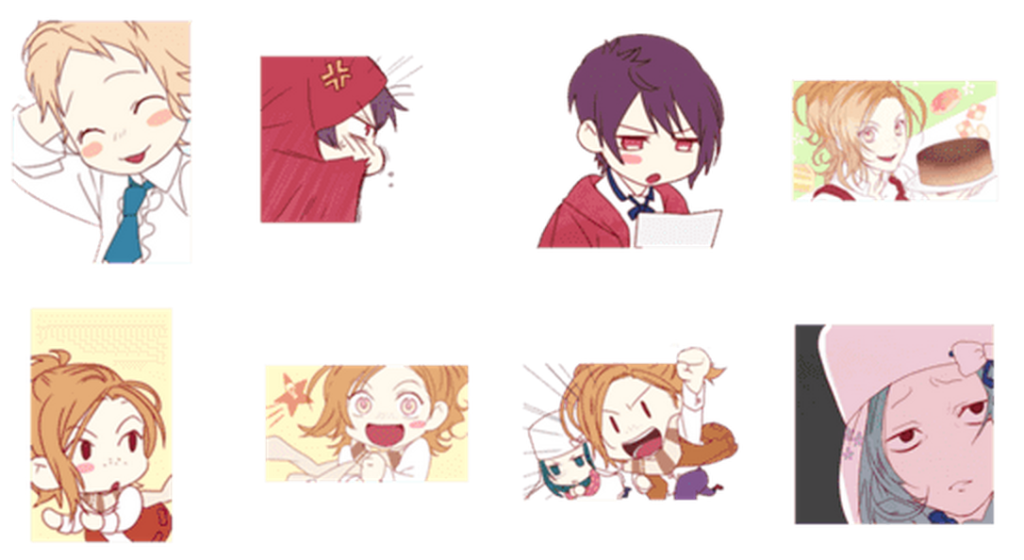 OZMAFIA!! – OZMAFIA!! is notable as being one of only two games on this list that will actually be playable in English. When the localization announcement was made by MangaGamer last year, I actually bought this sticker set to celebrate! There are now three different sets available, and I really like the first two because there is no text in them, meaning I don’t need to worry about sending my English-speaking friends stickers with Japanese all over them. They also contain some of my all-time favorite facial expressions!

Do you use LINE? If so, what are some of your favorite stickers? I know I need to be careful not to spend too much money on them… but they’re all so cute!