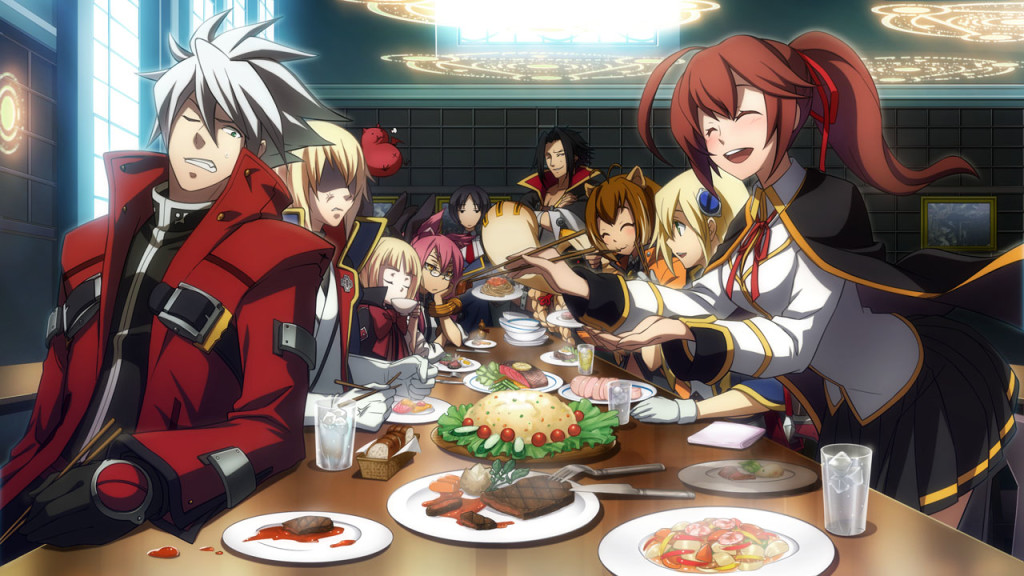 Pasela Resorts is teaming up with Arc System Works once again, this time to offer a BlazBlue-themed café in Akihabara in honor of Blazblue: Chrono Phantasma Extend! I didn’t get the chance to cover their previous Guilty Gear collaboration, but this time I’m not going to miss out on a chance to drool over some cool video game-inspired food and drink. 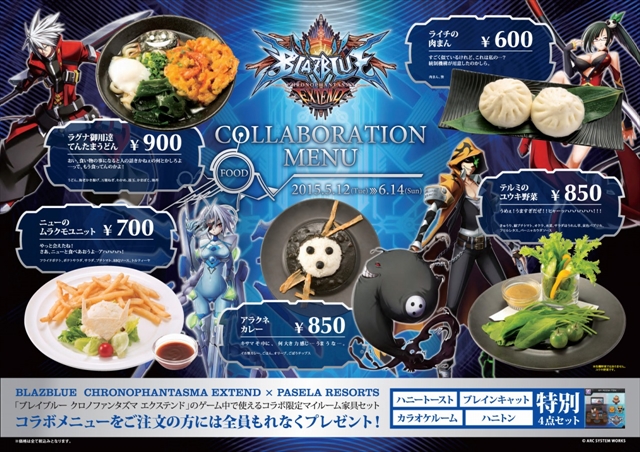 It’s always fun to see what kind of food items people come up with for these collaborations, even though I don’t always get the references. Take Terumi’s “courage vegetables” (bottom right). The “courage” part is a play on his first name, Yuuki, which also happens to mean courage in Japanese. But why vegetables? It’s a funny dish, but if there’s some kind of other meaning behind it, it’s totally lost on me! I love that they utilize black curry and rice to make Arakune’s face in the Arakune curry, though.

For every item on the café menu you order, you’ll get one random coaster. There are 30 designs total! 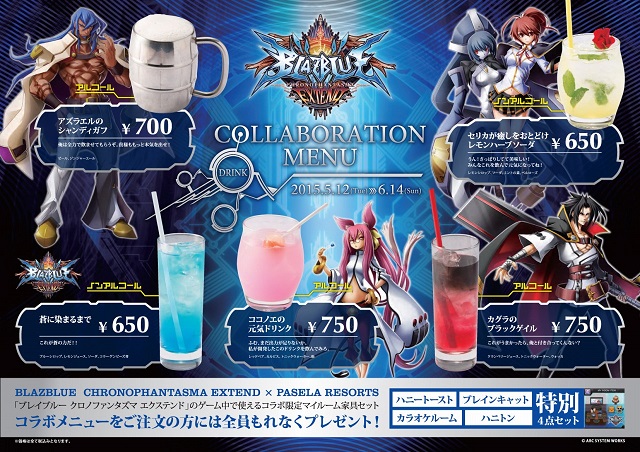 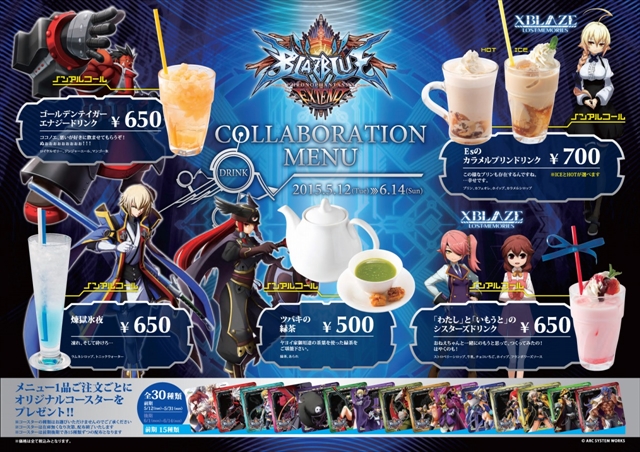 It’s interesting to see what characters they chose to make food and drinks of, as some are notably absent from the lineup. BlazBlue producer Toshimichi Mori was actually consulted during the creation of the menus, which I think is pretty rare for a collaboration café! 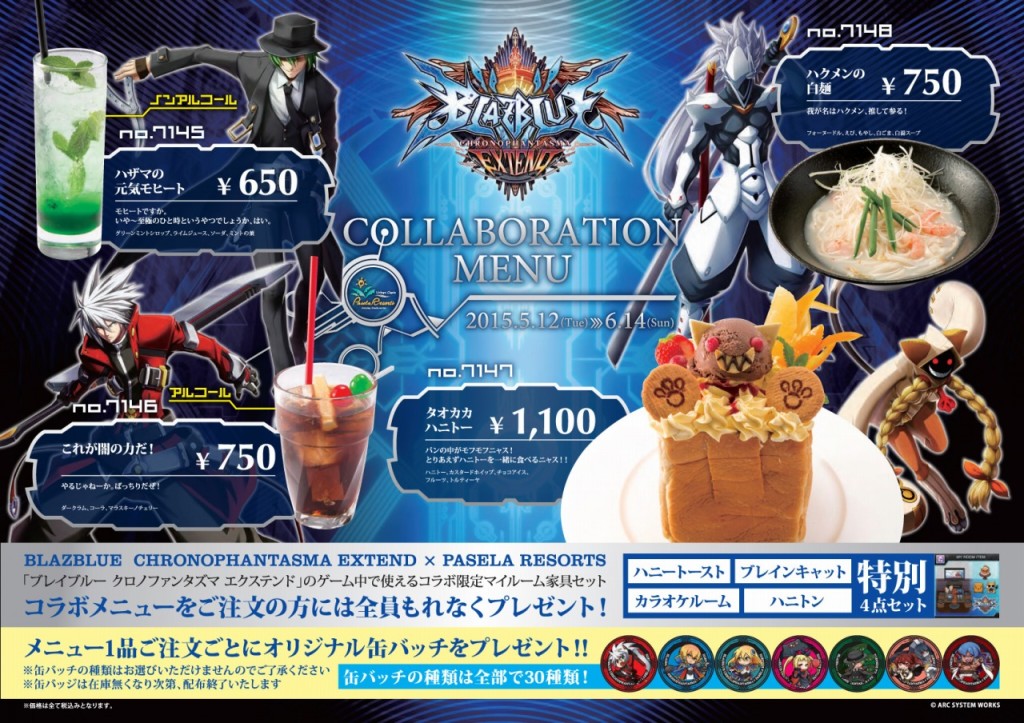 This final menu is only offered at select Pasela Karaoke joints in Tokyo, but they notably feature different items from the cafe itself. I love the Taokaka honey toast in the bottom right! Similar to the cafe, patrons will get one free pin with every order, with 30 different designs to collect. Better start singing! 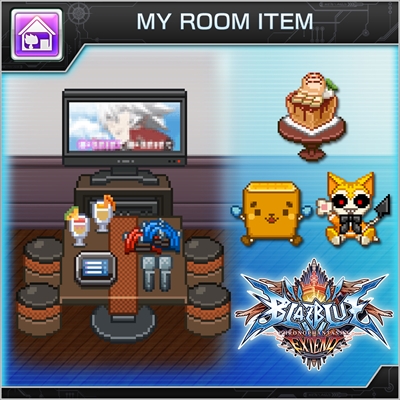 Now that I’ve gone through the full menu, though, I have to say I’m sad to see my favorite Blazblue character Amane not get any love! Can’t win them all, I guess…