Considering Danganronpa: Trigger Happy Havoc and Danganronpa 2: Goodbye Despair were far and away my favorite games released in 2014, it should come as no surprise that I am extremely excited to hear that NIS America has announced plans to bring over the third game in the series, Danganronpa Another Episode: Ultra Despair Girls later this year. 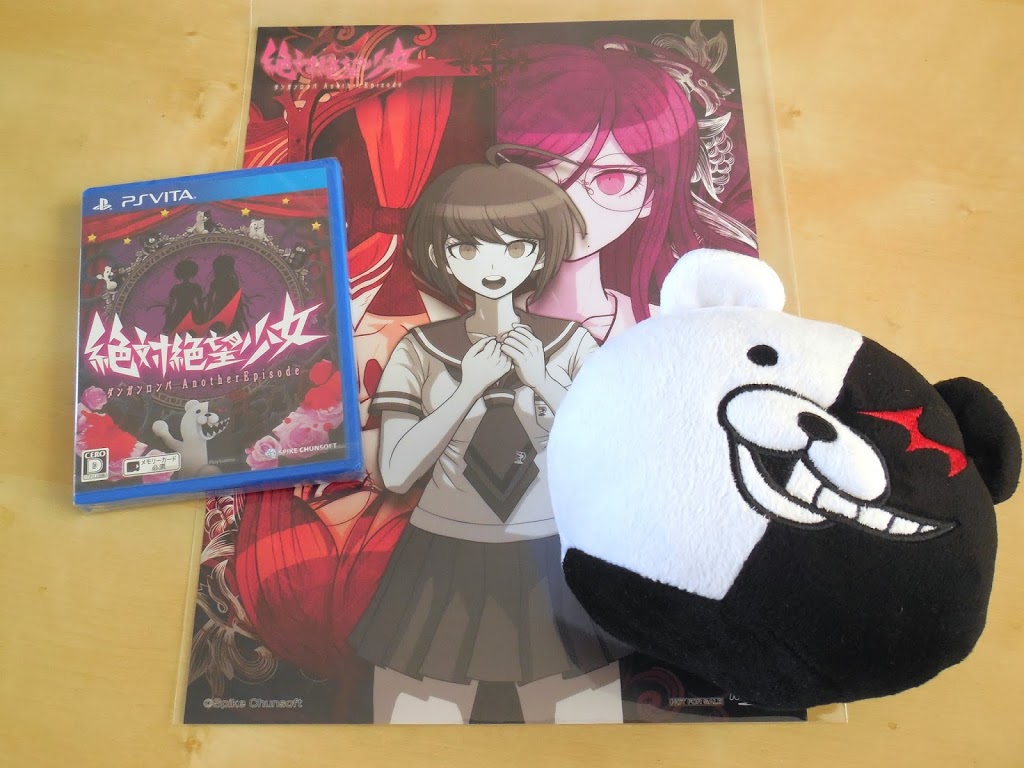 Unlike the first two games in the series, however, this is one that I couldn’t wait for a localization to purchase, so I went ahead and preordered a copy of the Japanese version after having my mind blown by Danganronpa 2 back in September. Of course, like many Japanese game releases, Danganronpa Another Episode came with some extras, so what better occasion to show them off than the game’s English localization announcement? 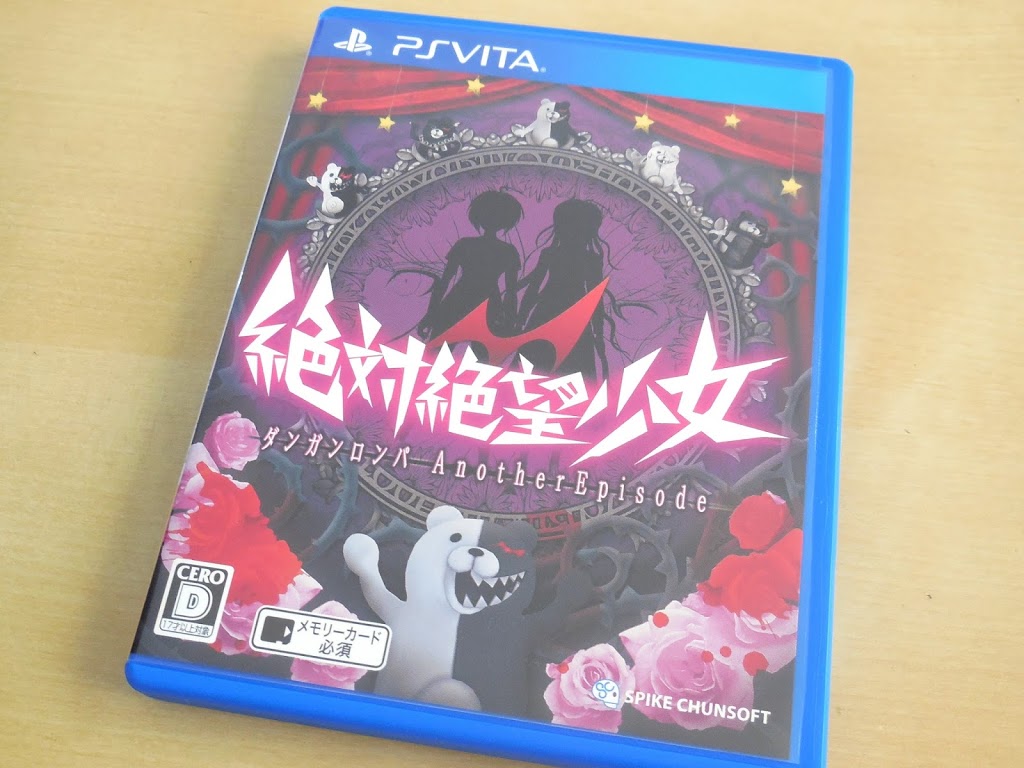 The box art for the game is stunning, as has been the case with the past two two titles in the series. Already, it’s clear that two female characters, Komaru Naegi (sister of Makoto Naegi) and Toko Fukawa, are central to the game. I also really dig the Revolutionary Girl Utena-vibe I’m getting from the roses and overall design, but I haven’t played enough of the game yet to say if the comparison is at all relevant. Luckily, NIS America has preserved the original cover art for the English release, though I think something was lost in the logo conversion… 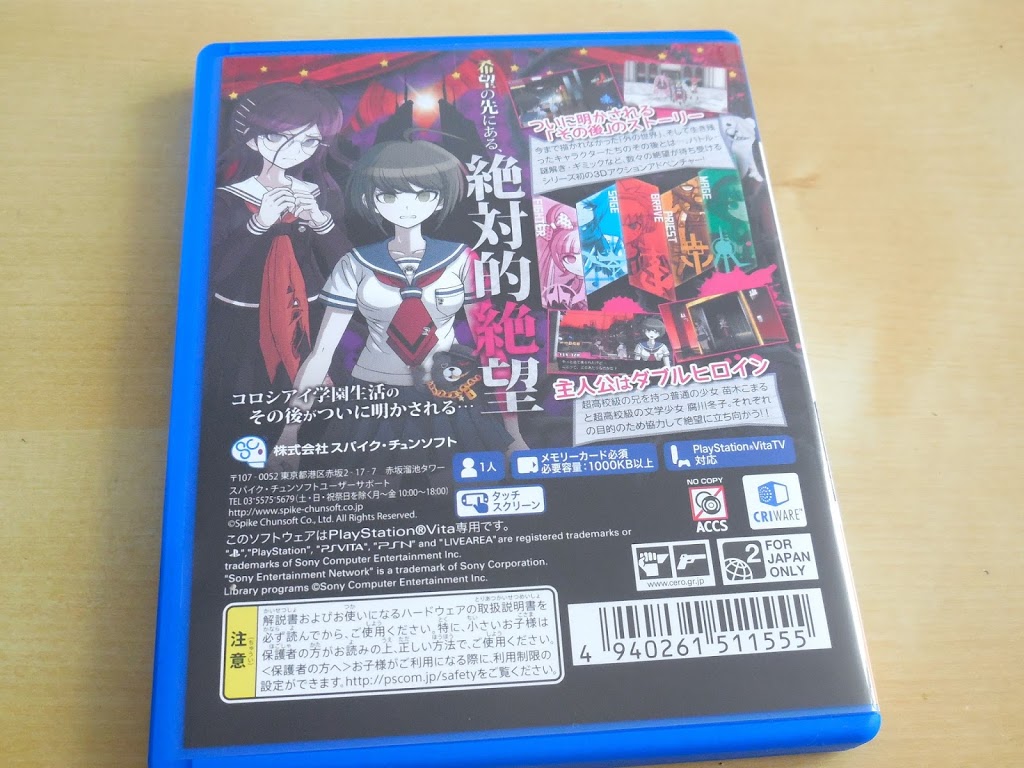 The back of the box isn’t extremely exciting, but I really like the focus on black, red, pink, and purple, and how that carries through not only the game’s overall design, but the character designs themselves. 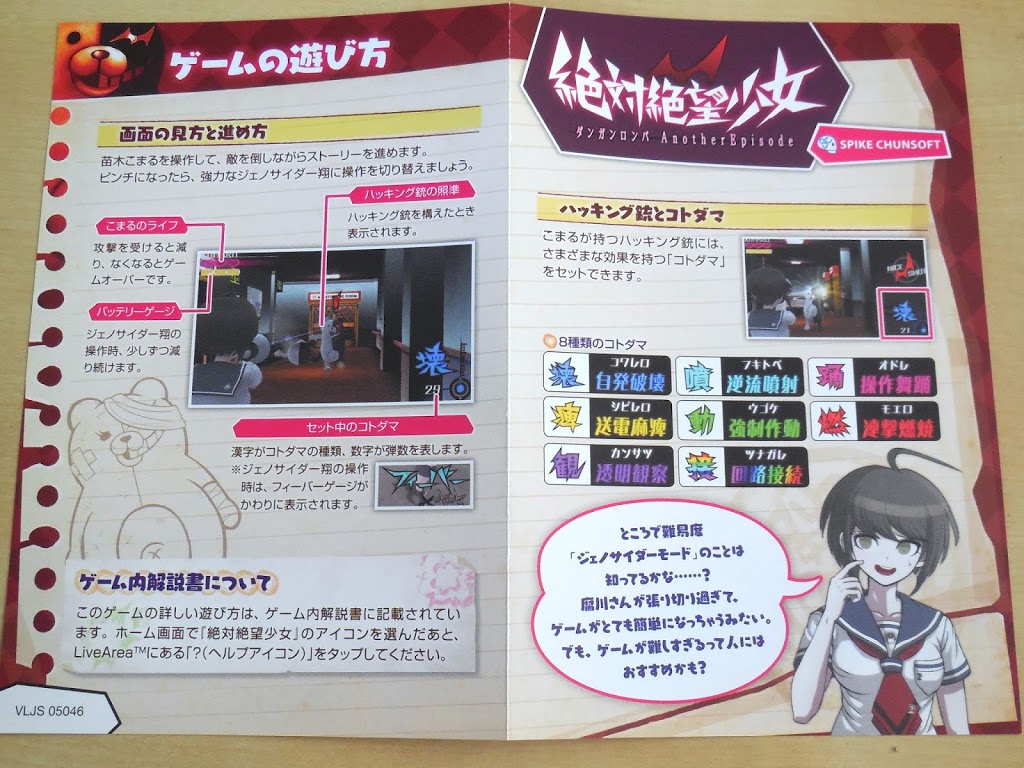 And would you look at that – an actual game manual, packaged with a game made in 2014! Ok, it’s just a single folded leaflet that briefly explains some basic gameplay and controls, but it’s still a lot more than most titles get these days, especially Vita games. 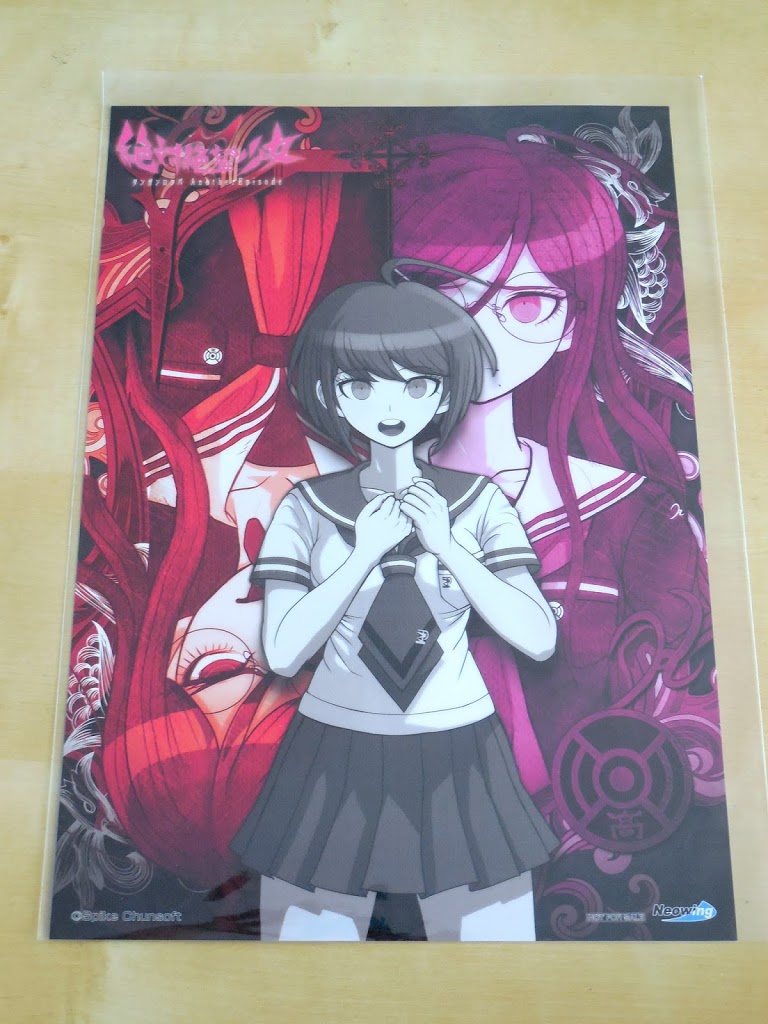 Because I preordered the game from CD Japan, I received this nice A4 poster of the protagonists. Again, I really love the color scheme! I haven’t figured out where I’ll hang this one yet, though. Honestly, I much prefer the strangely off-putting art of the first two games – I’m not as much of a fan of this cleaner/more anime-esque art style.

Finally, all preorders of the game, regardless of what store the preorder was purchased from, came with this adorable Monokuma cell phone stand. Now I can finally say I own a piece of Monokuma merchandise! Unfortunately, the opening on the top is too small for my new iPhone 6, so I’ll have to find some other use for it.

Danganronpa Another Episode: Ultra Despair Girls will release on Vita in North America and Europe this fall (spring for fellow Aussie folk). That should be plenty of time for me to finish playing through my Japanese copy – honestly, it’s been so fun so far, I don’t know why I haven’t stuck with it! While the new action puzzle-based gameplay isn’t quite as snappy as the trials in the first two games, the story and characters pack more than enough punch to make up for it. If you haven’t had time to play the first two Danganronpa games yet, be sure you do so before Another Episode releases later this year!