There are a lot of words in the title of this article that might not make a lot of sense when strung together, but I hope you paid special attention to the “Parappa minicomic” bit. When artist lottie pencheon announced on Twitter that she was going to publish (digitally! and for free!) a short Parappa the Rapper fan comic that deals with Parappa coming to terms with his sexual attraction to flowers, I was immediately intrigued. Not only do we not often see Parappa-related fan works these days, especially in English, but a potentially NSFW Parappa-related fan work? Sign me right up! 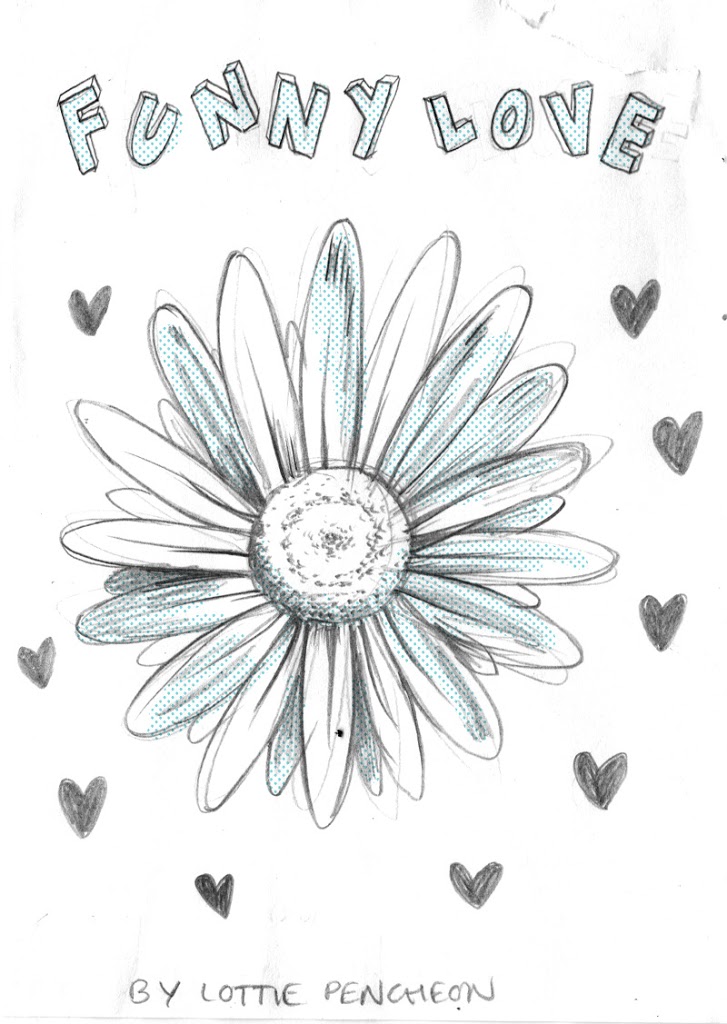 lottie was kind enough to chat about Funny Love with me, and here’s what she had to say:

Chic Pixel: Are you a big Parappa fan?

lottie: I love rhythm games, they’re so satisfying to me! I played the first Parappa the Rapper game when I was a kid, it was such a unique game and the songs are actually so so catchy. I played that game so hard that I can remember all the lyrics to this day, I often find myself singing the flea market song when I’m like, cleaning the house: ~all you ever need is to be nice and friendly~ 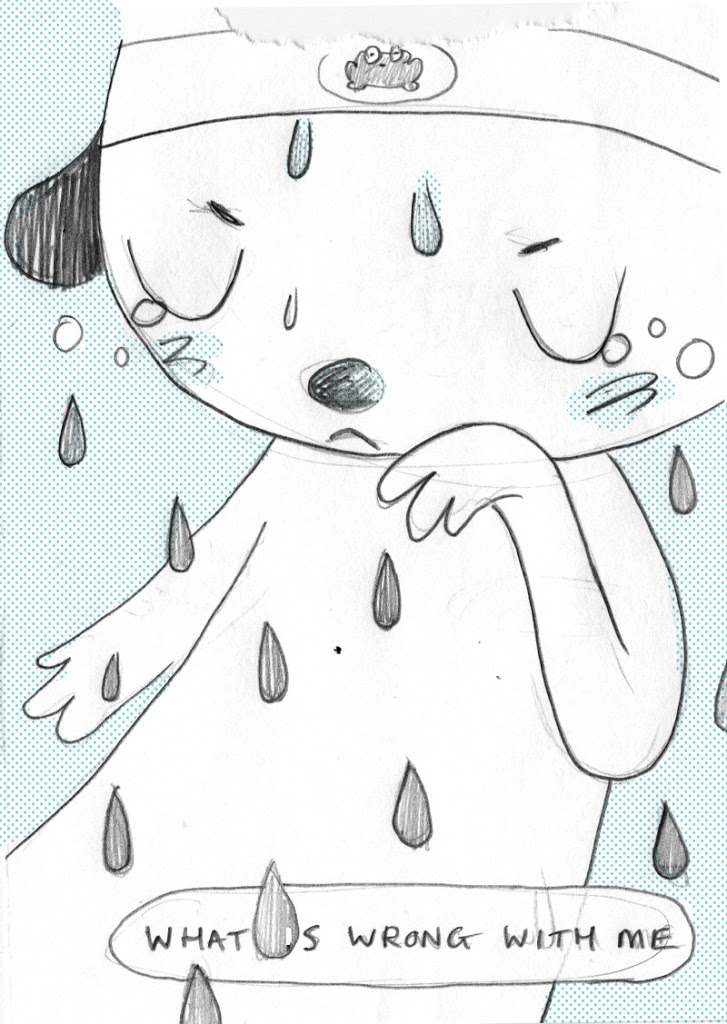 CP: What was the inspiration for Funny Love?

lottie: When I was a little kid, I was like, “Why is this dog in love with a flower, that’s so strange to me” and recently, upon watching a playthrough of the whole game I was like, “Wait……THAT DOG WANTS TO HAVE SEX WITH THE FLOWER” sooo for fun I started doodling a confused and frustrated young dog that was like, trying to come to terms with his newfound sexual feelings. I posted some kinda x-rated illustrations on Twitter and I seemed to gather the support of some of my followers so like, I blame them entirely for encouraging me.

CP: Well I’m glad you got the encouragement you needed to flesh out the idea more! The comic kind of ends on a sad note, though…?

lottie: Well, Parappa is tortured by his sexual attraction to flowers and Sunny Funny is the ultimate object of his desire. He’s a teenage boy! His sexual urges are so strong that he simply must act upon them! But yeah, he feels very ashamed with himself after he jacks off into the stolen flowers.. He doesn’t want to be attracted to flowers! He never chose this life! He wants to be “normal!” Like everyone else! What’s wrong with him!! 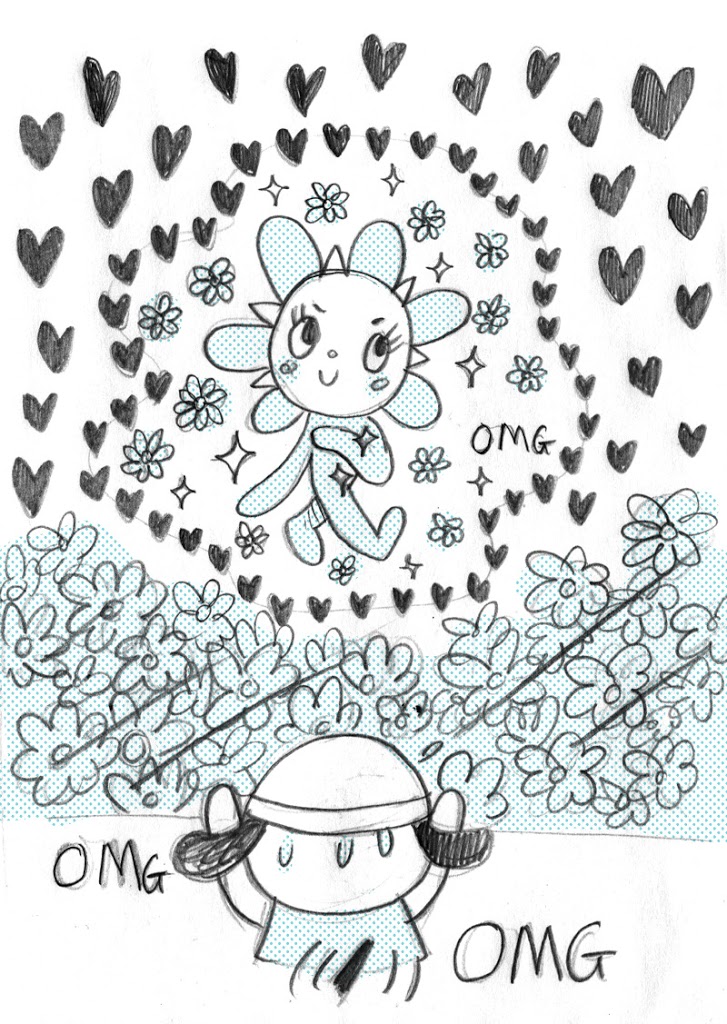 But we all know that Parappa has nothing to be ashamed of, you don’t choose who you are attracted to and who you fall in love with. In the games, Parappa and Sunny Funny have a consensual relationship. I just wanted to illustrate the journey of self discovery Parappa went through before they started dating.

CP: In the page where Parappa slams the door to his room, there’s a skunk in the bottom right corner. Is this a reference I’m missing?

lottie: Ya it’s from the flea market level with the frog!!

To be honest, I was kinda lazy and could have added more references in that panel. I was thinking of maybe having Um Jammer Lammy’s guitar hanging on the wall… But nah, I was lazy, and rushed! I planned, wrote and drew this comic in, like, 12 hours.

CP: Ah, of course! Is this your first fan comic?

lottie: Well, a couple of years ago I did a small three panel comic for the Animal Crosszine (an Animal Crossing fanzine curated by Justin Woo and Meghan Lands). I also did a small Tamagotchi comic a year or so ago but I’m planning on a bigger and better Tamagotchi/digital pets comic in collaboration with Carolinenooo for next year.

CP: The PlayStation just had its 20th anniversary in Japan on December 3rd. Did you plan this comic to coincide with that, or is it just a happy coincidence? Any PlayStation memories you’d like to share?

lottie: I literally just heard about this anniversary just now. That’ll explain why everyone was talking about a load of PlayStation stuff on Twitter.. Happy Birthday PlayStation! I can’t believe I was SIX when I first met you!

PlayStation memories, hmmm… We had like a bajillion games cause our PS1 was hacked in order to play copied games. So I had, like, every Spyro, Croc, Gex, Crash Bandicoot, all those cool 3D platformers with animal protagonists. I was really really really obsessed with this game called Mr. Domino though. I only had the demo of it which let you play the first level, but I used to play it over and over and over and over omg I still haven’t played it through! Where are you, Mr. Domino?!

Thanks to lottie for taking the time to talk about Funny Love and other interesting things! She has recently opened a new online store where you can buy cards, stickers, comics, and even rings, so if you like her work, be sure to check it out. lotie pencheon’s Tamagotchi art is my favorite, so you can bet I’ll post again when her digital pets collaboration comic becomes a reality next year!