There’s a lot of horrible things going on in the world right now, and it’s starting to wear on me, but that’s all you’re going to hear about that here. What I can do, however, is share something a little personal and hopefully a little uplifting in light of all the current news. At the very least, I hope it makes you smile! 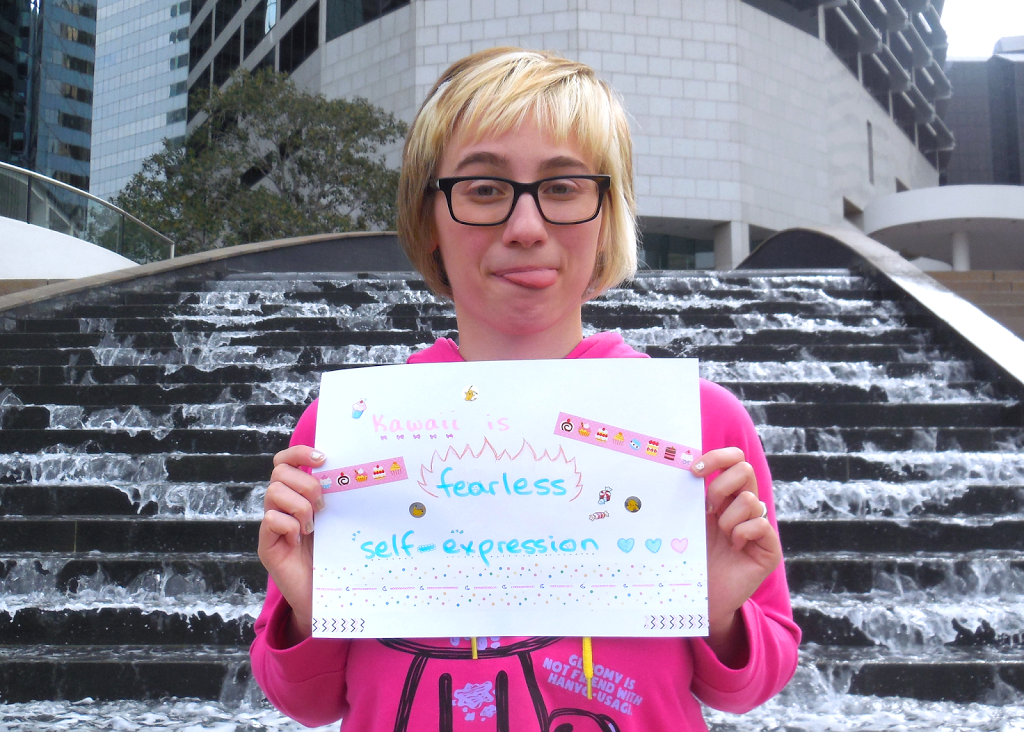 I don’t believe I’ve ever mentioned it here, but I really admire Kaila, Kawaii Ambassador of the Philippines (official title!), as well as creator of Rainbowholic and Kawaii Philippines and co-creator of the amazing site Japan Lover Me. She’s only 21 years old, but she’s something of a social media celebrity if you’re into anything Japanese and cute, and she’s currently involved in putting on Kawaii in Manila 2, the second year of the first ever “kawaii convention” in the Philippines. 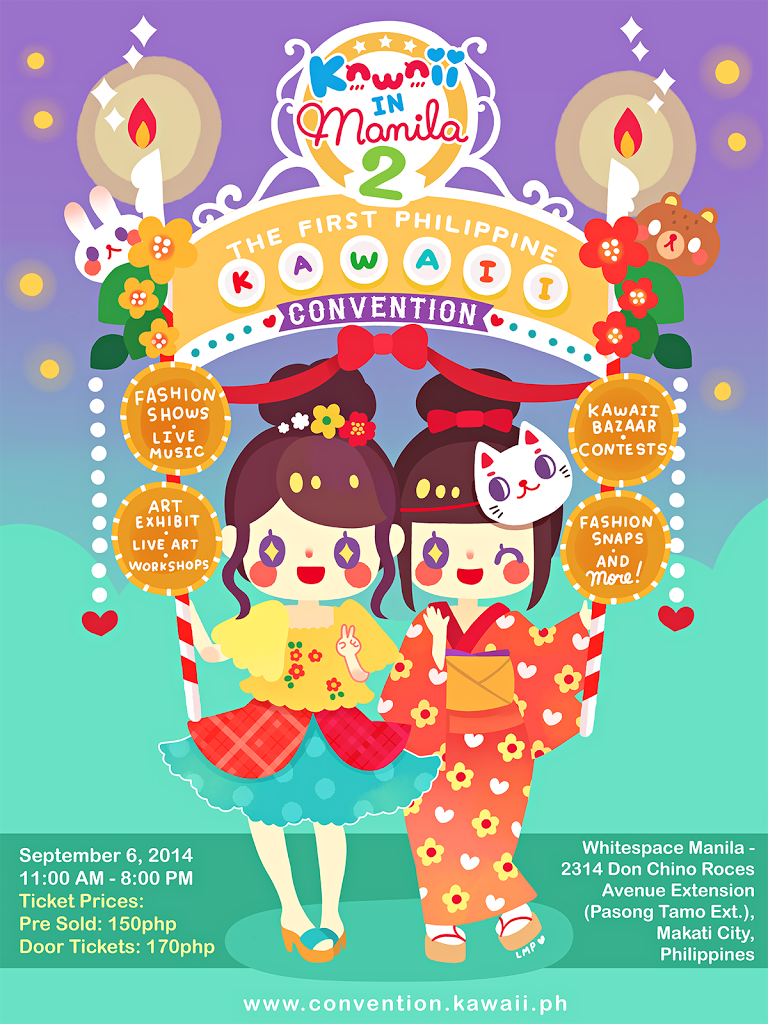 If you’re not familiar with any of those sites and you’re a fan on this blog, I highly suggest checking them out. While Kaila isn’t as nerdy as me, she definitely appreciates many of the same things about Japanese culture and entertainment as I do, and I strive to be half as motivated as she is! She and the other folks behind Kawaii in Manila started the event to bring kawaii Japanese culture to the Philippines, but they also recognize that there are many of us around the world that wish we could attend… which is why they started the Worldwide Kawaii Campaign! 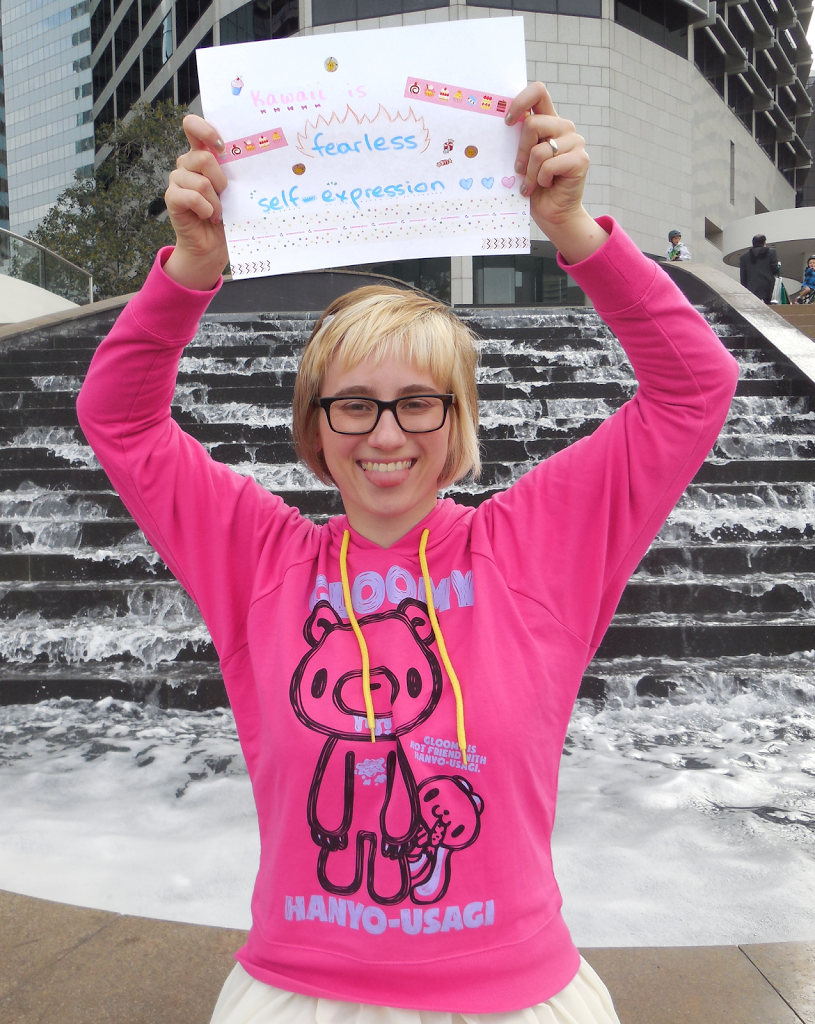 The Worldwide Kawaii Campaign encourages everyone to take part in the festivities by sharing what kawaii means to you. All you need to do is create an A4-sized poster answering that very question and take a photo of yourself with it like I’ve done in the above photos. Then, share it on your blog/social media accounts to spread the fun! You can also email your submission to the Kawaii in Manila folks to be in a photo compilation that they’ll display at the event itself. Apparently they will even be giving out special prizes to stand-out entries, though they haven’t revealed the details of that yet.

Kawaii is a great word that I think really means more than its dictionary definition of “cute,” so there are a lot of ways to approach this project! I originally thought of the rather cliché “kawaii is anything that makes you smile,” but I quickly realized that one of the example submissions basically said the exact same thing, so I had to come up with something a little more unique! Since “kawaii” to me is all about expressing myself in whatever way makes me happy, rather than worrying about what others think, I decided to go with “kawaii is fearless self-expression.” I’ve decided to submit the very first photo in this post, since that’s the one I’m happiest with, but here’s an example of one of my nerdier photo attempts: 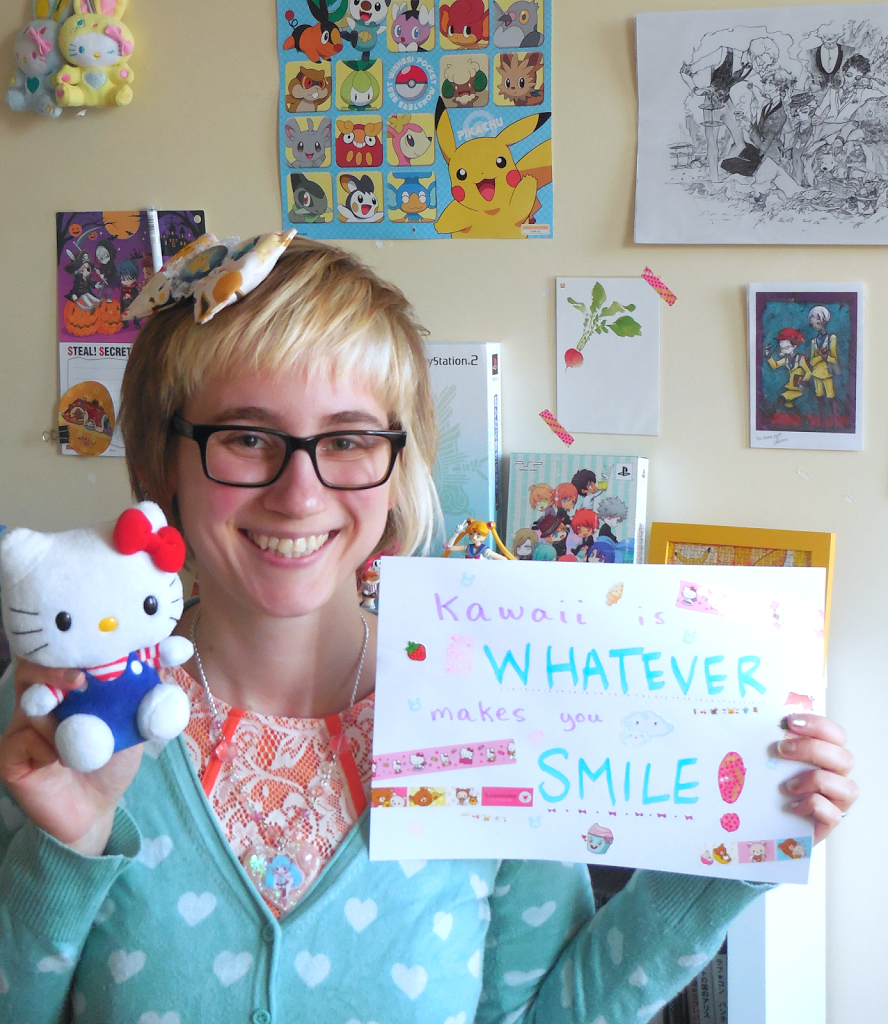 Whether you’re into kawaii or kakkoi (cool), what’s most important is doing what makes you happiest. And, if you decide to join the Worldwide Kawaii Campaign, do share your photos with me! If you’d prefer not to go to all the trouble, but feel a special connection to the word kawaii like I do, why not share with me what kawaii means to you in the comments?