I’ve always been a little wary of subscription services due to the cost and lack of control over the items one receives, but reviewing my first Japanese snack subscription service, OyatsuBox, a couple of weeks ago has completely changed my mind. As it turns out, it’s pretty hard to go wrong with Japanese snacks if you’re as big a fan of them as I am!
After realizing how great a Japanese snack subscription service could be, I really wanted to see how others stacked up. Luckily, the lovely folks at Candy Japan were kind enough to send me a review packet of one of their candy shipments for March. Candy Japan is the same price as OyatsuBox, with a monthly rate of $25 that includes shipping anywhere in the world, but they differ in that they offer not one, but two shipments of candy per month!
Unfortunately, I was not able to take a picture of the envelope that the items came in due to it getting ruined in a storm (which was totally not Candy Japan’s fault, I have a bad mailbox and it just happened to get rained on), but after seeing the items I received, it should be clear that the envelopes aren’t all that small! Candy Japan’s website specifies that recipients should expect 2-6 candies per month between the two envelopes. They also send a newsletter out a few days after the shipment has been mailed to give some background information on the items. I love how helpful and detailed it is, but if you like the surprise of opening a box and not knowing what’s inside, you’ll have to be careful not to open the email until after you’ve received your candy! 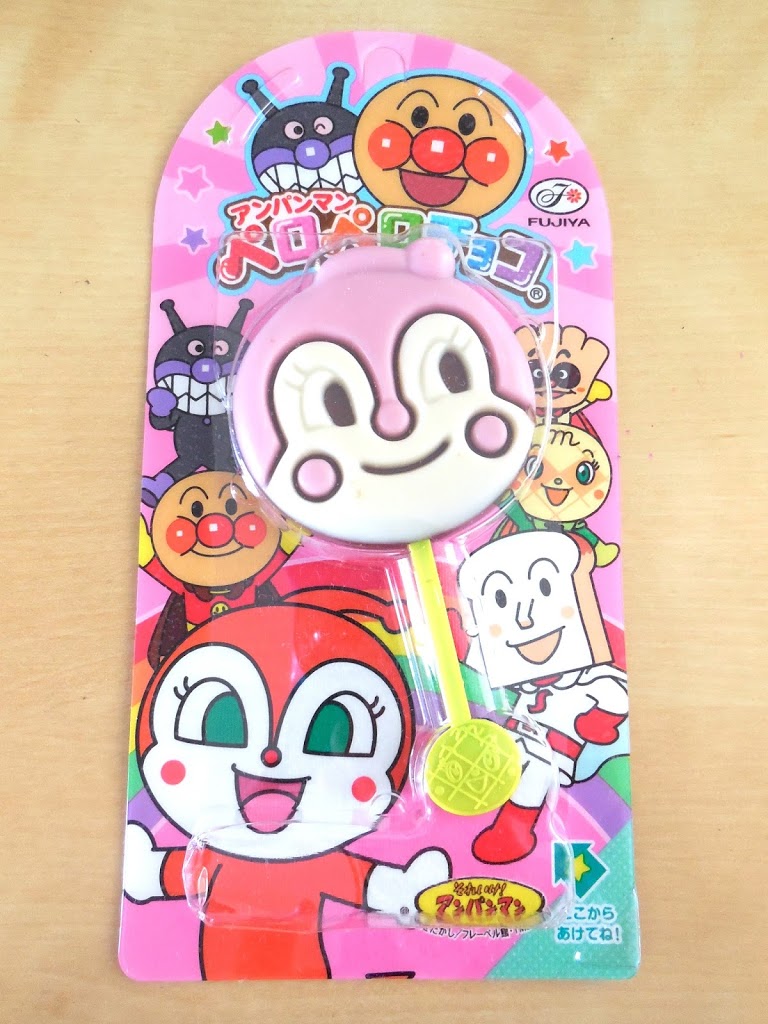 The first item in their 2nd March shipment was an Anpanman chocolate lollipop. It’s too adorable! So adorable, in fact, that we need to see it from another angle… 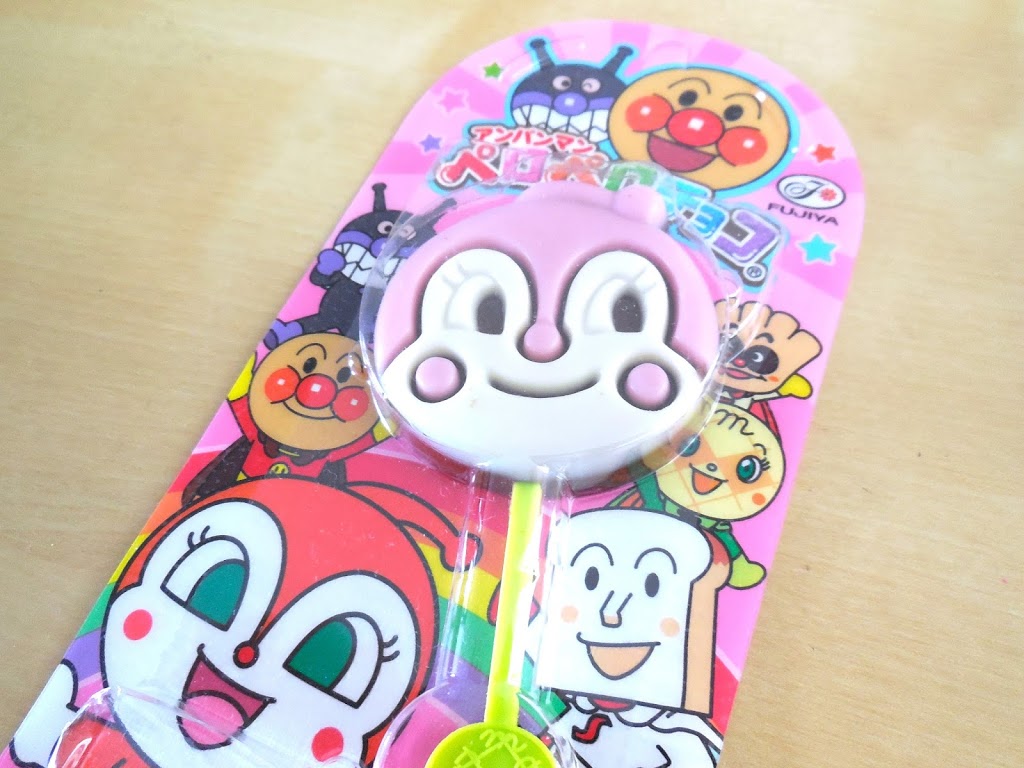 The flavor of the chocolate wasn’t anything special, but it was still a tasty and cute treat! I could have sworn I tasted a hint of strawberry in the pink chocolate, but I couldn’t see any mention of strawberry in the packaging, so I may have been imagining things…
I was slightly disappointed that the March OyatsuBox shipment didn’t have any “character” snacks, so it was great to see Anpanman candy come from Candy Japan! 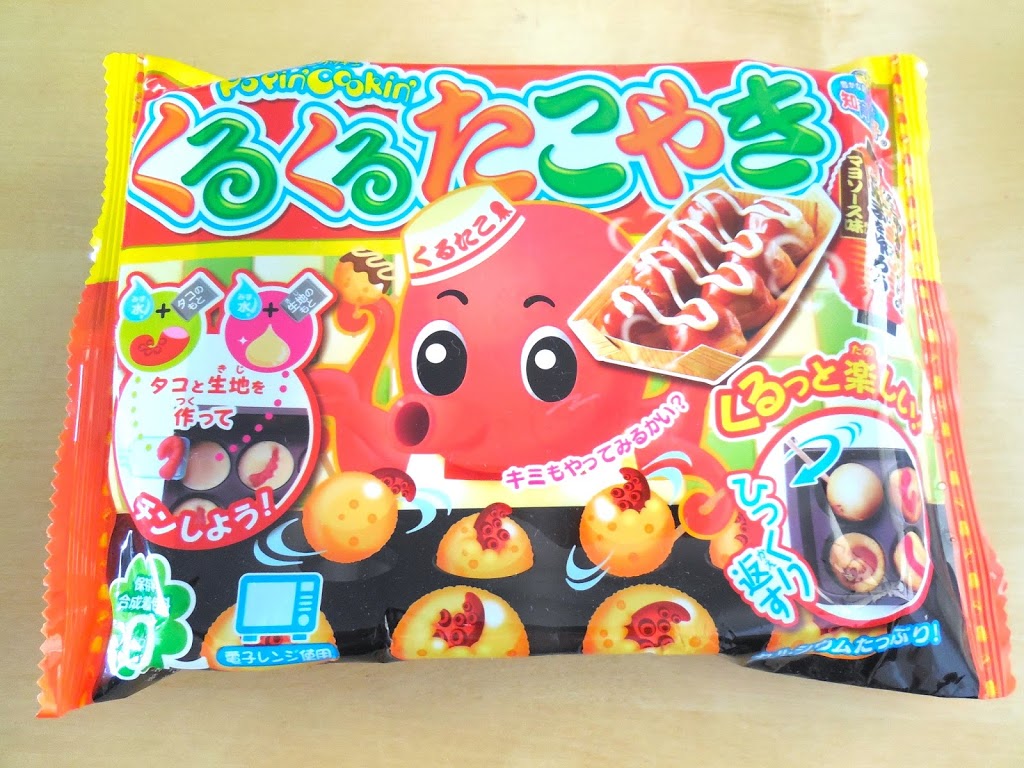 Now this Kracie Popin’ Cookin’ Kuru kuru takoyaki kit was quite the pleasant surprise! I know these kits are really popular and hard to find overseas, so it was really great to see it included. 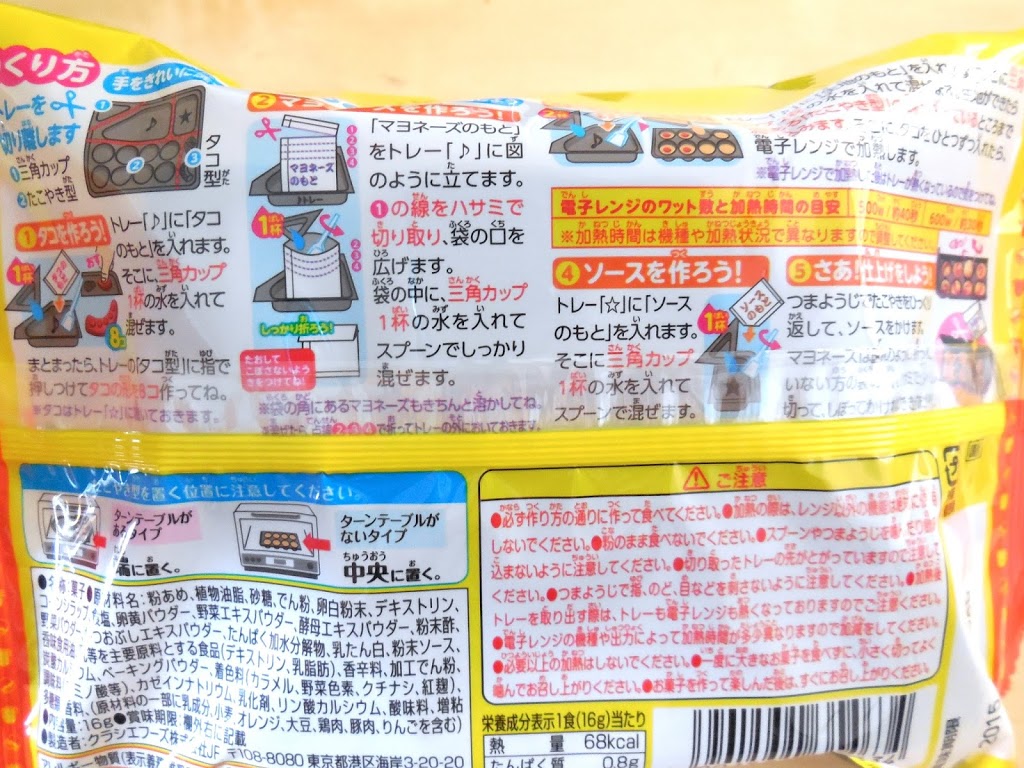 Ok, the back of the packet isn’t all that interesting, but it does provide instructions on how to make this takoyaki candy snack. I can’t wait to try it out! I’ll be filming an Apricotsushi Samples video for this one, so keep an eye out for that! In the meantime, you can watch Candy Japan’s how-to video if you’re curious to see what it looks like. I think it’s great that they included a video in their newsletter showing how to make this kit for those who can’t read the instructions. 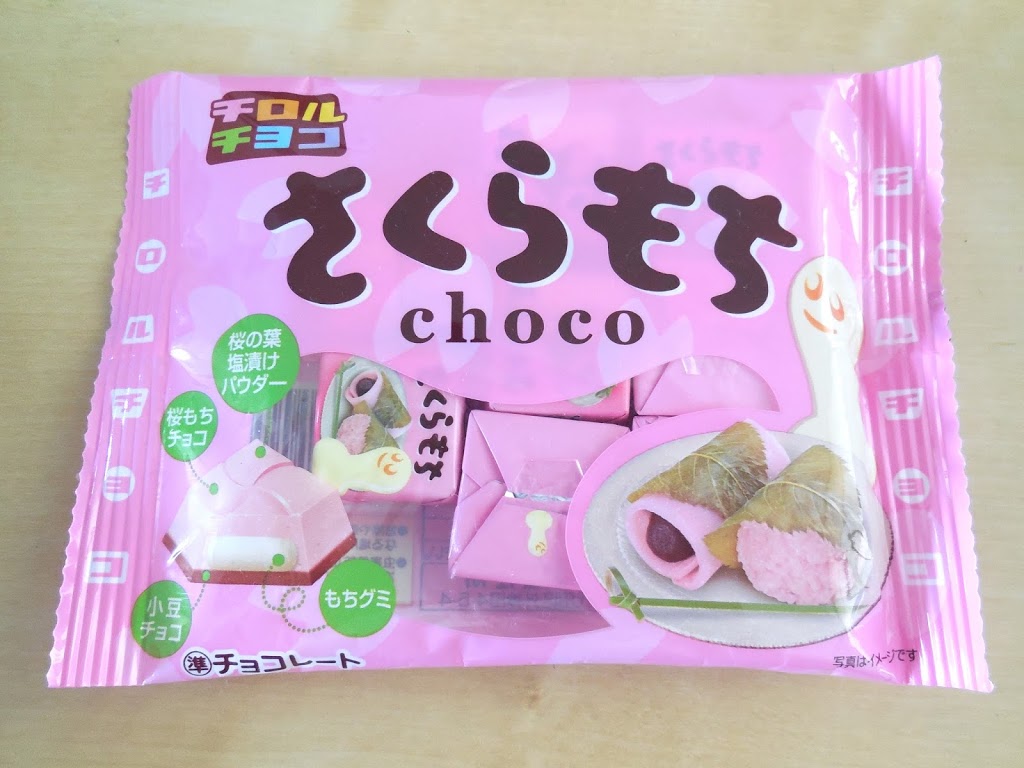 The last item in the envelope was this bag of sakura mochi Chiroru (aka Tirol) chocolates! The last time I had Chiroru chocolates I was kind of so-so on them, but I am 100% on board anything with mochi in it! I’m not the biggest fan of sakura-flavored things, but if it’s mild, it can be very nice. 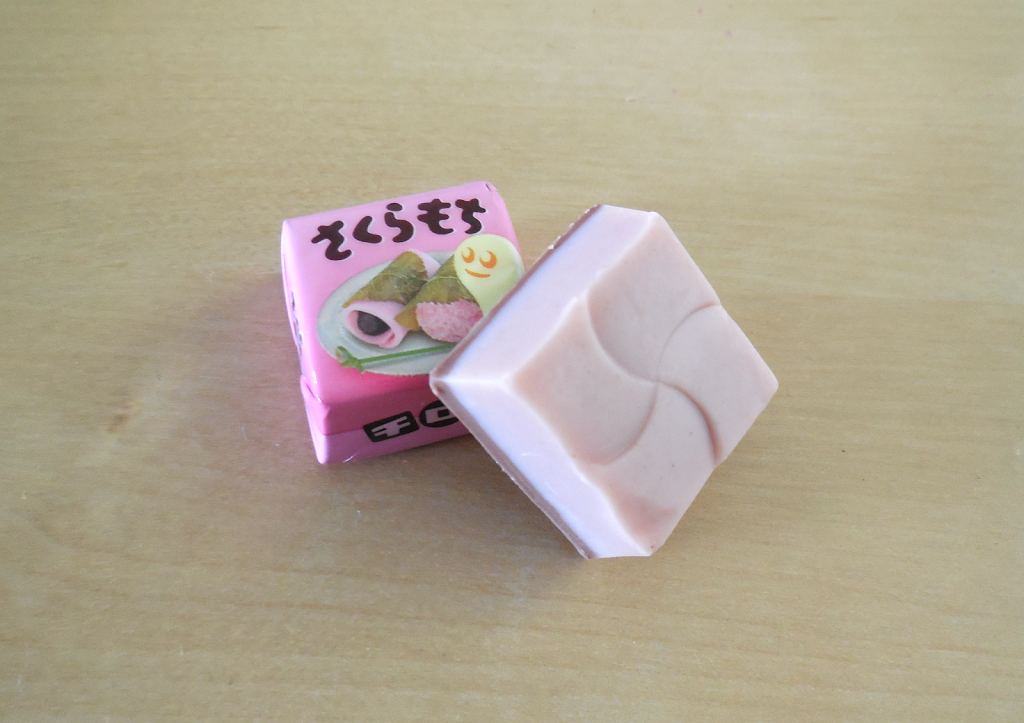 But I have to say, I just love these little chocolates! When you bite into them, they have a small amount of mochi in the center. Yum! The sakura flavor was definitely there, making them really unique, but it wasn’t strong enough to turn me off. I even had my husband try one, and he gives them a thumbs up, too!

I really enjoyed how fun and varied the items in this Candy Japan shipment were. I suppose if you’re not a huge chocolate fan, you might not be as happy with two out of three candies being chocolate-based, but I’m sure Candy Japan has put that into consideration and will follow up with more non-chocolate items in a future envelope.

Before I close out this review, I wanted to mention that I found this great 2013 Year in Review post on Candy Japan’s website when I was poking around for some information on the company. It’s an interesting read for anyone who wants to know more about the inner workings of any kind of subscription service, and I love how transparent the founder Bemmu is with his progress and thought processes. This coupled with his newsletters help give the feeling of a friend sending you some cool Japanese snacks, rather than an impersonal company, which I really appreciate.

If you like the idea of getting two small packages instead of one large one to space out the fun throughout the month, Candy Japan is the perfect Japanese candy subscription service. Their selection of items seems to be really top-notch, though they may be choosing quality over quantity, as some other comparable services may yield a few more candies each month for the same price. They also seem to focus more on candy rather than savory snacks, so if you don’t want only sweet items, I might suggest OyatsuBox instead. While you can’t go wrong with either service, Candy Japan stands out for their really unique selection of candies and friendly, personalized interactions.