If I were to preemptively name 2014’s theme, I might be inclined to call it the “year of niche Japanese game releases.” Not only are we getting Danganronpa, Yumi’s Odd Odyssey, Conception II, and Steins;Gate, but now Idea Factory International has announced that they will be bringing their card battling RPG PS Vita title, Monster Monpiece, out in Europe and North America this spring. 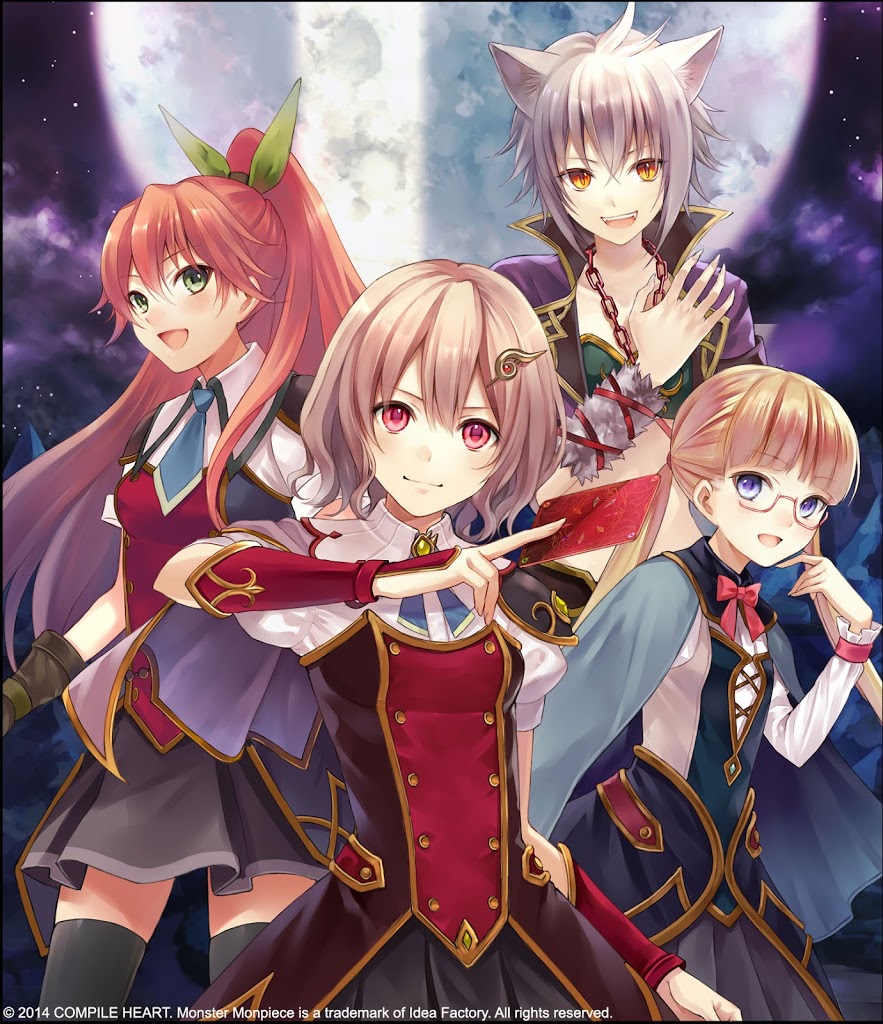 I have to say, the idea of a card battling RPG is totally my jam. Unfortunately, Monster Monpiece comes with a little extra, er, baggage. See, the game became notorious last year for its raunchy mini-game called First Crush ❤ Rub that requires players to find monster girls’ “weak points”… and I’m sure you can guess where these weak points might be. If a monster girl becomes sufficiently excited during First Crush ❤ Rub mode, an additional minigame called Extreme Love will be activated. This is probably the most infamous element of Monster Monpiece, as it requires players to grip their Vitas vertically and vigorously rub the front and back touch pads simultaneously. And if you’re still left wondering what these mini-games are all about, here’s a direct quote from Idea Factory International’s Press release to drive it all home: “… we kindly note that we highly recommend you play this portion of the game in private, due to the explicit voices and hand-action during First Crush ❤Rub and Extreme Love.”

Okay, it’s pretty clear that Monster Monpiece is not aimed at me. But from what I understand, beneath its obnoxious exterior is actually a very competent RPG, and I’ve always wanted to see a card battling game come out in English. Unfortunately, though, not only does Idea Factory International feel it needs to highlight the more unsavory aspects of the game (if their first English trailer is any indication), but the company is also in hot water with fans over the removal of a number of the higher level (and thus, less clothed) monster cards from the English release of the game.

I’m really not interested in turning this post into an argument of whether censorship is okay or not, or whether Monster Monpiece is objectifying/sexist/etc. or not (though if you’re wondering, the answers are no and yes, but the discussion is definitely more complicated than single-word responses). Rather, I think it’s important to highlight that despite all this, I’m not only happy that Monster Monpiece is coming out, but I’m actually interested in checking the game out myself. However, the fetishistic gameplay elements and the preoccupation game developers have with pandering towards a male audience is beyond tiresome, and I sincerely hope that if nothing else, Idea Factory International brings one of their parent company’s otome games over next.

The idea that there isn’t a market for games aimed at a predominately female audience is simply absurd, and we need to see more diversity in the games that are localized into English. You know where to find me if you want my list of otome games I want to see come over, Idea Factory!