Last I checked it was nearing the end of February, but for some reason I’m still playing my January Beat the Backlog Club pick, The Legendary Starfy! If you read my initial impressions, they weren’t all that positive, so you’d be forgiven if you were skeptical of my choice to continue with the game. Well, it all comes down to one very important detail: I’m extremely stubborn.

That’s not to say the game isn’t fun – the environments have become exponentially more interesting as I’ve progressed through the game, and the characters and dialogue continue to be an adorable treat. Actually playing it doesn’t quite live up to the idea of playing it, but I’ve gotten to the point where I just won’t feel satisfied until I can say “yeah, I beat it.”

Does this mean my February BBC pick, Harvest Moon: A New Beginning, will suffer? I have to admit, it already has. What little time I’ve spent away from Animal Crossing: New Leaf and Ni no Kuni has generally gone to The Legendary Starfy, mostly because it’s much easier to get through a quick level of that than trudge through more boring tutorials Harvest Moon: A New Beginning (that should make it glaringly obvious how early in the game I still am…). I’m not sure what this will mean for my Beat the Backlog Club project, but I’m not ready to give up now!

Anyway, let’s get back to The Legendary Starfy. Here are a few reasons why I just can’t stop playing it:

… Correct me if I’m wrong, but Starfy is starting to sound eerily like a significant other you really don’t have anything in common with but can’t leave because they’re just too good looking (or heart-meltingly cute, in this case). Regardless of the moral implications of my sojourn with Starfy, I’m content to see the game through to the end, but I won’t be sticking around for any sidequests or 100% completion nonsense. Will I finish it before the end of February? Time will tell… 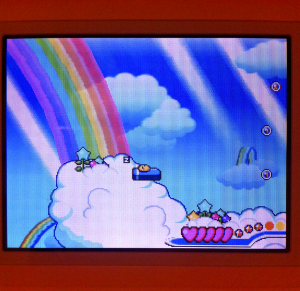 Starfy’s idle animation is him whipping out a sleeping bag and going to bed right in the middle of the level! 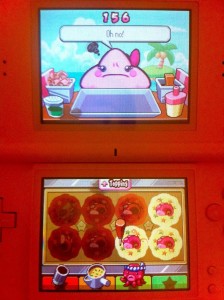 Pretty much what the screen looks like 100% of the time I’m playing the takoyaki minigame.