All this talk about Japanese 3DS’s has gotten me thinking about Japanese 3DS games. As we all know, Nintendo decided to break the hearts of millions of fans around the globe by making the 3DS region-locked, meaning the system can only play games from the same “region.” Since the major regions are, as always, PAL (Europe and Australia), NTSC-J (Japan), and NTSC-U or C (North America and pretty much everywhere else, usually includes China), that means there are many Japanese games that are going unplayed by this NTSC-U 3DS-owning gal.

Now, I’ll be the first to admit that there aren’t really that many Japanese 3DS games I’m itching to have. But as someone who may or may not find themselves in possession of a Japanese 3DS in the near future, I began to wonder what I’d theoretically buy if the situation presented itself. So, without further ado: my most wanted Japanese 3DS titles! 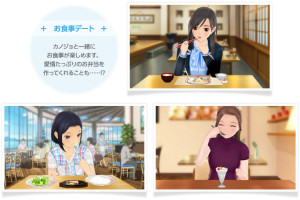 A male-oriented dating sim on my list of most wanted 3DS games?!  Yeah, I know, you probably think I’ve gone crazy. But when did I ever say I had anything against bishojo dating sims? Sure, I’d much prefer an otome game full of male characters to pursue, but I like the genre enough to want to pick up New Love Plus, even though it wasn’t exactly made with me in mind. I wouldn’t say this is at the very top of my list, but it’s definitely a unique experience that can’t be had anywhere else. That, and I never did play the original! I’d probably play this one in the name of “research.” 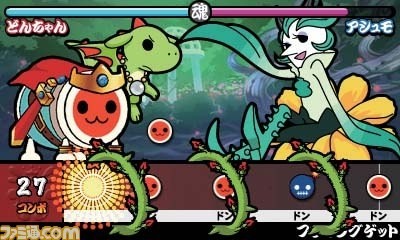 Taiko Drum Master: The Little Dragon and the Mysterious Orb

Ah, Taiko Drum Master. My mom bought me a Japanese PlayStation 2 for Christmas one year, along with a copy of the original Taiko Drum Master and two taiko controllers… I have many a fine memory sitting cross-legged on the living room floor, banging two plastic taiko sticks to some semblance of a beat.

Well, handheld Taiko Drum Master titles may not have the same charm as their arcade, or even home console, counterparts, but that doesn’t mean they don’t pack a punch! Reliable sources tell me the DS versions were quite good, and that this new 3DS installment, with a new story mode, does not disappoint. Of course my saying “reliable sources” reveals that, yes, I have never played a handheld Taiko Drum Master game. That’s definitely something I’d like to rectify! 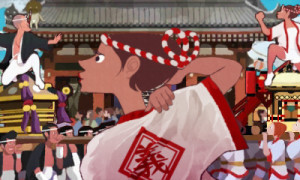 Does anyone even remember this game? If you do, it’s probably because of the flack Capcom got for releasing a paid demo for the title on the Japanese eShop. But even though Nazo Waku Yakata came out a whole year ago, I can barely find a peep about it anywhere. I’m assuming this means it was pretty lackluster, but the game’s emphasis on sound, unique art style, and whacky gameplay that makes use of a wide variety of the 3DS’s features make it seem like a great choice for someone with a new Japanese 3DS. I wonder if it’s worth the 20 or so dollars used copies are going for on Amazon.jp these days? I’m going to answer my own question: since the above image is actually an in-game screenshot, I’d have to say “yes”! 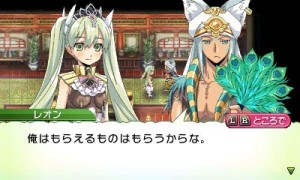 I think I can safely say that Rune Factory 4 is my most-wanted 3DS title. Of course, we’ve seen every other Rune Factory game come out in English so far, but Natsume has yet to utter a peep about the possibility of localizing Rune Factory 4. I’ve made it pretty clear in previous posts that the male suitors and Harvest Moon-esque elements in this installment really appeal to me –– so much so that I’d purchase this game in a heartbeat if I had a Japanese 3DS, even with the possibility of a future English release. Is that a guy with cat ears and a peacock-feather fan? I’m so there.

So, what Japanese 3DS games are you itching to add to your collection? I bet you’re all going to say Bravely Default: Flying Fairy –– I would’ve, too, but I thought I’d shake things up by limiting myself to  only titles that are out right now. Hurrah for self-imposed, nonsensical rules!