First of all, happy new year everyone! I hope the year of the dragon has been treating you all well so far. If you’re wondering, my husband and I spent New Year’s Eve watching Mad Men and drinking peach vodka.

Like many game writers, I contemplated drafting up a list of my favorite games of 2011, and (gasp) even thought a moment of selecting my own personal Game of the Year. But those thoughts were quickly pushed aside as I remembered how much I dislike the whole idea of choosing a one game to represent the year. Not that I didn’t have a grand time hearing the debates and adding in my two cents over at VGW (head over there to see the team’s GotY pick) and on other game media outlets, but I realize the whole endeavor to whittle a year’s worth of great games down to a choice few is not really my thing. Honestly, even if the Dali Lama were to elect a GotY, I probably still could care less. But I can most certainly name a couple of games that I particularly enjoyed from 2011 that actually came out in 2011 (rather than the large number of games from previous years I played).

You won’t find Uncharted 3, Portal 2, Deus Ex Human Revolution or any such AAA titles here, but if you’re interested in hearing what I had the most fun with in 2011, feel free to read on. 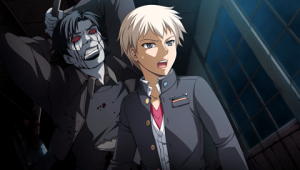 Corpse Party
For those of you who have been following me on Twitter or reading this blog, you are probably already well aware of my love for Corpse Party. When XSEED announced that they were localizing this title, I honestly had never even heard of it. I’m also not a big horror fan, but I am just in love with the atmosphere in Corpse Party. Head over to this post to read more about my experiences with the game. You can also find my official review here.

ClaDun X2
I stumbled onto ClaDun X2 a bit randomly – NIS America sent Video Game Writers a review code for the game, and my editor passed it on to me, saying that I was the lady for the job (that and no one else seems to be using their PSP these days). I had read Bryan over at The Gay Gamer talking about the first game and this sequel and was ready to have some fun with it, but I didn’t really expect it to be my thing. To my pleasant surprise, I loved it! I didn’t get at all tired of going back to the randomly generated dungeons to nab the best loot… In fact, that was my favorite part of the game! Though I clocked in at about 20 hours for my review, I definitely think I will come back to this one in the future. 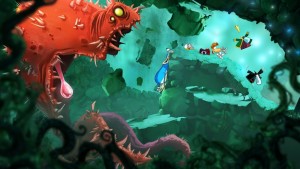 Rayman Origins
A choice few had mentioned how great Rayman Origins was when it launched back in November, but I kind of pushed any thoughts of playing it aside what with all the other games I had on my plate at the time. A good friend acquired a copy for me, however, and my husband and I spent the whole holiday break playing. I believe I can say that hands down Rayman Origins was the most fun I’ve had playing a single game all year. The platforming is classic and beautifully presented, and the music is absolutely amazing. If you like platformers, I can’t recommend this game enough. I’m actually working on a review of this one for VGW, as we never got anyone to cover it back when it came out. There is one tiny little thing that bothers me about the game, but I’m going to leave you in suspense for a future post I’m planning on the very subject.

Pokémon Black/White
I’d be lying if I said I didn’t pour hours upon hours of my life into Pokémon White. Though initially apprehensive of some of the changes in this generation, I found myself quite enjoying the latest installment in the ever-growing Pokémon series. I even went to my first tournament this year, come to think of it (but didn’t participate)! I don’t think my love for Pokémon will ever die, so this one deserves a mention even though I’d struggle to put it on a GotY list due to the fact that most of the content isn’t all that new, apart from the Pokémon themselves. But there’s nothing wrong with that!

Honestly, I could go on… What about Atelier Totori or Okamiden? Ico & Shadow of the Colossus Collection? (hey, HD rereleases still count!) Needless to say, 2011 had some great games, many of which I did not get a chance to play. And many others that were not from 2011 that I finally did get a chance to spend some time with! But that’s for another post.

What were your personal favorite games from 2011? Share them in the comments!