This post is coming a tad bit late, but who said I had to follow the herd, eh? As the title suggests, I’ve wrangled up a few games that I’m particularly looking forward to in this hopefully epic year of the dragon. It should come to no surprise to any of you that all of these are Japanese games. I am very predictable. 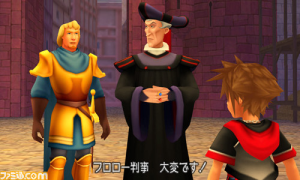 
Or Kingdom Hearts 3D, as it is also known… Get it?? Ahaha… Anyways, pretty much anyone save die-hard fans will tell you that Kingdom Hearts has been on a downward spiral littered with obsolete and downright unnecessary plot threads with still no true Kinghdom Hearts 3 (that 3D may be as close as we’re ever going to get). But I’ve been playing some Kingdom Hearts: Birth By Sleep over the holidays and I have to say, its rekindled my Kingdom Hearts spark. And besides… The World Ends with You character appearances? A Hunchback of Notre Dame world? I was in before Disney could utter “Frollo.”

Hakuoki: Demon of the Fleeting Blossom


Why look, it’s another predictable title on Anne’s list. I think all that needs to be said here is “first major English otome game.” If you want to read more about otome games, I’ve written plenty about it. Here’s a sample of what I’m looking forward to: 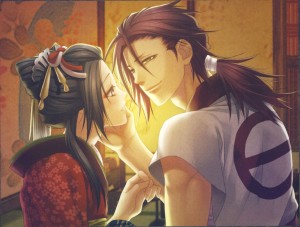 
Dream Drop Distance, Theatrhythm… Japan will never get over its absurd use of English in game titles. If you’re wondering, the official Japanese site states that “theatrhythm” is a combination of “theater” and “rhythm.” Well, it helped me remember exactly how to spell the title, at least. 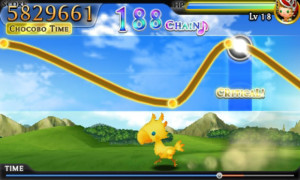 As a fan of both rhythm games and Final Fantasy, this one is yet again another no-brainer for me. I am decidedly not a big fan of the cutesy art style used in the game’s character art, but I’d be willing to overlook that if the game plays as well as I’m hoping. And with three different modes to play all of my favorite Final Fantasy songs in, it should provide many hours of fun.

Admittedly, I’m a bit of a shameless Pokémon fan. Okay, there’s not much shame in that, as most of my video game loves are based on silly reasoning, but here’s one to take the cake: After I saw these two character designs from Pokémon x Nobunaga’s Ambition, I was sold. Also, Pokémon combined with feudal Japan? A fresh take on the old Pokémon formula? Sign me up! 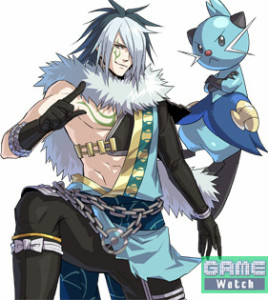 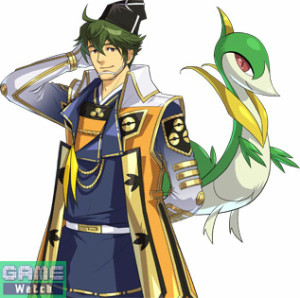 Of course, there are plenty of other great looking titles that I am very much looking forward to this year, including, but not limited to: Atelier Meruru: Apprentice of Arland, Final Fantasy Type-0, Rhythm Heaven Fever, and Rhythm Thief and the Emperor’s Treasure. 2012 is looking to be a great year indeed!