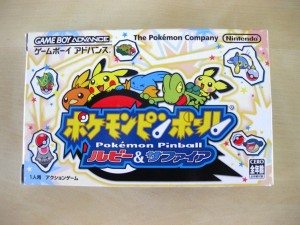 Now here’s a game I never thought twice about picking up before now: Pokémon Pinball: Ruby & Sapphire. Not that I have anything against the game, but as I’ve mentioned in the past, my time with the GBA has been very limited. After recently becoming enamored with the beauty that is Japanese GBA box art, however, I’ve spent my fare share of time perusing eBay for import titles that catch my fancy… and catch my fancy Pokémon Pinball: Ruby & Sapphire did. One look at the cover and I knew I just had to have it! 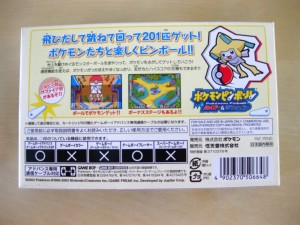 Now, I’m not really a fan of pinball games, mainly because I don’t really understand the mechanics around pinball itself, but that doesn’t make this box art (and the in-game graphics themselves) any less appealing! I’ll be sure to actually give the game itself a spin on my GB micro in the near future, but for now I’ll stick to gushing about this adorable acquisition of mine: 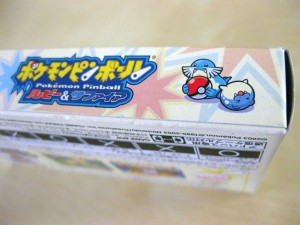 I can’t believe how much detail is put into some Japanese GBA boxes. Not only is the GBA logo very unassuming, unlike what they did with the North American and European GBA cases, but nearly every side of the box has cute little touches, such as the Spheal and Sealeo shown above.

Would you believe the inside flaps even have pictures on them? Take a look at this:

Let me remind you that this is a used copy of the game, but as everything that comes from Japan, it arrived in near-immaculate condition. It’s almost as if it was never opened… 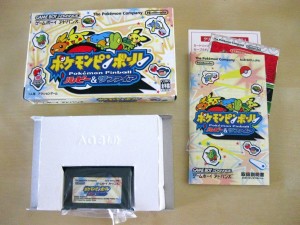 Even the original fliers were left intact! I love little relics of the past such as these; it’s so fun to look at what they were advertising back in 2003.
I have to say, I’m really enamored by the art style used to depict the Pokémon in this game! It’s very similar to a lot of the Pokémon Center art. The Pikachu looks a lot like the Pikachu design used on the recent 3DS XL, for example.
I’m a little worried that pinball might be a bit tough to see on the micro’s tiny screen, but I’m determined to give it a shot! If all else fails, I can always switch over to my DS lite, after all. Expect a report on how it actually plays in the very near future!
Oh, and what do you think of my new title, “Fabulous Finds”? I’ve been trying to think of a way to unify my “acquisition” posts for a while now. I’ve finally settled on Fabulous Finds, so I hope you all like it!

french toast with u, some time soon

Kahotan takes a look at Nendoroid Souji Okita from "Hakuoki: Shinkai"! He'll be available for preorder from the 29th of May! Find out more in the blog below!