I can’t believe it’s nearly three weeks into 2015 and I’m only just now getting around to finalizing my favorite game and anime picks of 2014! They always say time moves fast, but I’m definitely feeling it right now. Regardless, I’d like to take the opportunity to weigh in on some of my favorite Japanese media from the past year, in no particular order. Keep in mind that the first few items in each category were also mentioned in the holiday episode of Chic Pixel Plus, so if you want to hear more about a particular pick, please check it out!

Captain Toad: Treasure Tracker (Wii U) – 2014 was the year I finally caved and bought a Wii U, a purchase I’m finding myself extremely happy with. While I’ve had absolutely no interest in the other new consoles, the Wii U has a wide variety of titles that I’ve been wanting to play, so I’ve been having a bit of a Wii U bonanza as I go back and picking up everything I’ve missed. Captain Toad was something I actually got my mom for her birthday when I went to the U.S. for the holidays, and many great evenings were spent helping her through the levels and trying it out for myself.
As a decidedly “not into Mario” gal, I’m happy that there’s a game in the franchise’s adorable universe that finally appeals to me. The slower, puzzle-based focus and self-contained environments are just so refreshing!

Bayonetta 2 (Wii U) – Continuing the Wii U love, I have to admit that once I heard that Bayonetta 2 was just as good as the original, I knew I needed the system. Bayonetta is by far my favorite action game, and though the game’s campy sense of humor and over-the-top antics may not be everyone’s cup of tea, I was 100% on board for a sequel.
There was some fear that Nintendo’s money behind the IP would mean intentional or unintentional “toning down” of the game’s content, but fans can rest assured that Bayonetta 2 is a worthy successor to the original in every way. It’s also, in my opinion, one of the most accessible action games available due to its extremely sharp combat system that greatly rewards timed dodging, making it a great place to start for folks who want to jump into the genre! 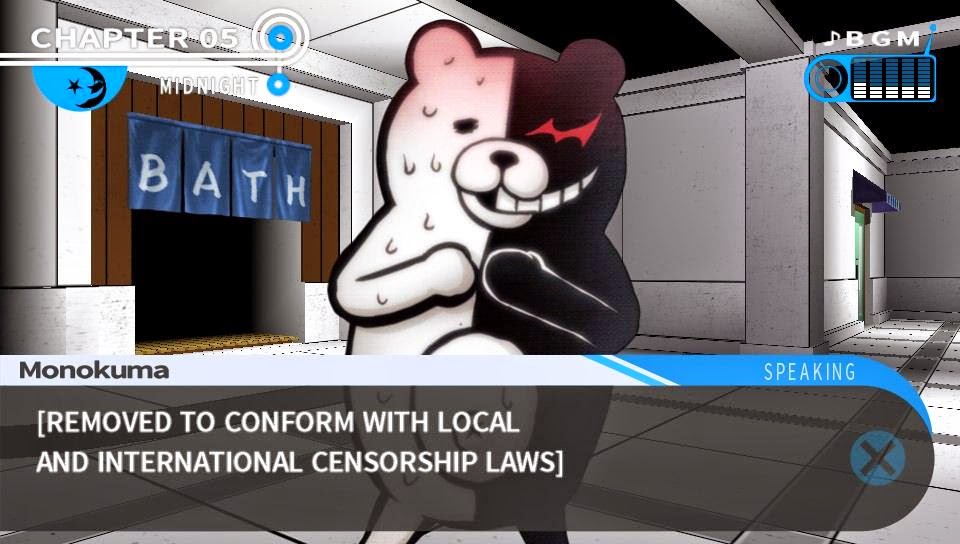 Danganronpa (PS Vita) – Danganronpa: Trigger Happy Havoc and Danganronpa 2: Goodbye Despair are very much two separate games, but considering the fact that they both came out this year in English and were packaged together for the Vita release in Japan, I think it’s reasonable to consider them a single unit for the sake of this post. I think I’ve praised the series more than enough throughout the year, but that’s because I really enjoyed the games that much! While they certainly aren’t perfect, between the two games I saw some of the best characters and narrative twists of any game I’ve played in the past few years. Not only that, but the music is superb and art direction quirky and memorable, making it the ultimate package! 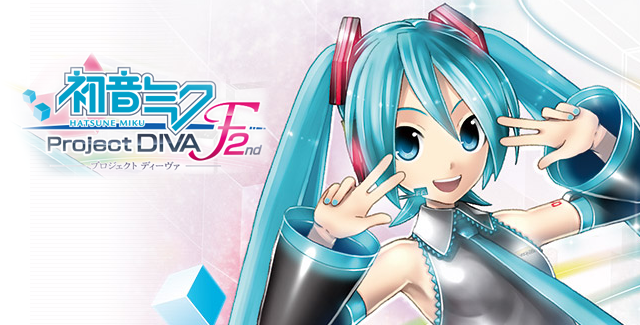 Hatsune Miku: Project Diva F 2nd (PS Vita, PS3) – While I honestly can’t believe I’m putting this on my list over Theatrhythm Final Fantasy: Curtain Call given my love of Final Fantasy music, there is something about the Project Diva gameplay that really hooks me. Project Diva F 2nd is much more polished than the first game, particularly on Vita, and while I don’t love the music nearly as much as I love Final Fantasy‘s various soundtracks, nothing beats clearing a really difficult song on extreme. This one’s a must for rhythm game fans, in my opinion! 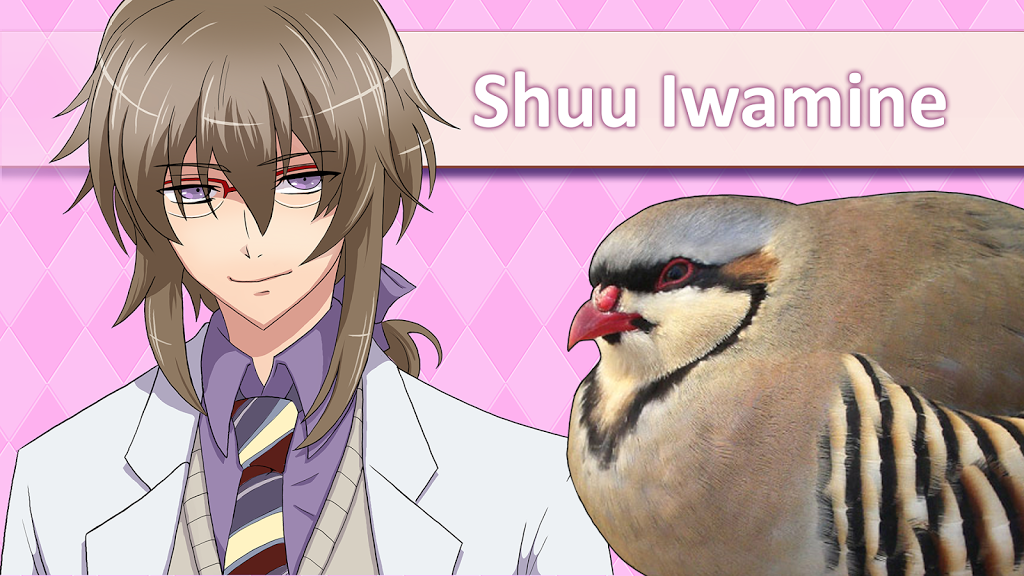 Hatoful Boyfriend (PC, Mac) – I can’t even really begin to describe Hatoful Boyfriend outside of its goofy premise. Yes, it’s a visual novel centered around dating pigeons, but there’s so much more to it than that! If you’ve never played a visual novel, or more importantly, a dating sim game, you need to look up Hatoful Boyfriend now that it’s available on Steam with an improved translation. The humor is always spot-on, the game is extremely self-aware, and if you actually sit through it to the end, you’ll be sure to have your expectations blown right out of the water. Better yet, wait for the Vita and PS4 release sometime this year – it’s the perfect kind of game to play on a handheld!
[Special mention to Monster Hunter 4G, which I have talked about more than enough already! If you really want to know why it was one of my favorite games of 2014, I talk about it at length on the podcast around the 32 minute mark]
♡Anime♡

Log Horizon – One of the most surprising anime from 2014 for me was definitely Log Horizon. After being completely put off the idea of an MMO-based anime after Sword Art Online proved to be little more than a typical harem show with some nice animation, I didn’t think Log Horizon could deliver on the interesting narrative possibilities posed by the “people trapped in an online game world” premise.
Never have I been so wrong. Log Horizon season one was a ton of fun from start to finish, and so far I have been enjoying season two just as much, though both have had a slow episode or two. The series asks very interesting questions like “if you’re trapped in a ‘game’ world with no way to escape and unlimited lives, how do you give your life meaning?” and actually delves into MMO gameplay and strategy, giving the show a lot of depth. I haven’t even begun to talk about some of the more fun members of the cast, or the fact that, for a modern anime, it is refreshingly light on fanservice. 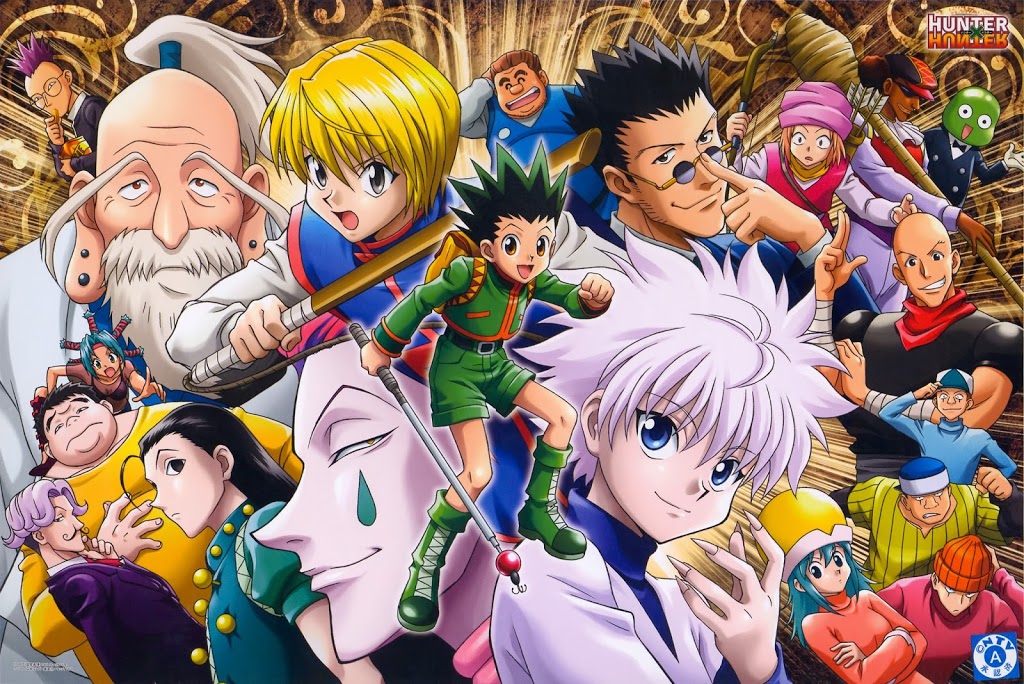 Hunter x Hunter – I’ve never been a big fan of shonen anime or manga, but Hunter x Hunter proves that such preferences don’t really matter when it comes to a truly unique series. While the early episodes of the reboot, which began airing in 2011, take on a very classic shonen tone, the series quickly evolves to something much more complex (and dark!) than any anime supposedly aimed at preteen boys I have ever seen. The highlight is definitely the varied, complex characters that experience very realistic growth over the course of the series’ 148 episodes, particularly protagonist Gon and his best friend Killua. Though the manga has been in various stages of hiatus for many years and will very likely never get a proper conclusion, the anime covered nearly every chapter of the manga to date and managed to wrap it up in a (relatively) satisfying manner when it finally concluded in late 2014.

Gekkan Shojo Nozaki-kun – Like most high school girls, Chiyo has a crush. When she musters up the courage to tell the man of her affections how she feels, however, he mistakes her as a fan of his work. Why? Because Umetaro Nozaki is actually a shojo manga artist, despite being an indifferent-looking high school boy. In an effort to get closer to him, Chiyo starts helping out with his manga after school, and, of course, crazy antics ensue!
Nozaki-kun was a real surprise for me in 2014, as I haven’t had much experience with 4-koma anime adaptations and wasn’t sure how well the quick-to-the-punch humor would animate. Well, I’m happy to report that it translates to animation extremely well, making Nozaki-kun by far the most fun anime of the year! If you’re a bit of a nerd, you’ll likely see a lot of yourself in this show, and maybe even learn a thing or two about how manga is made in the process. 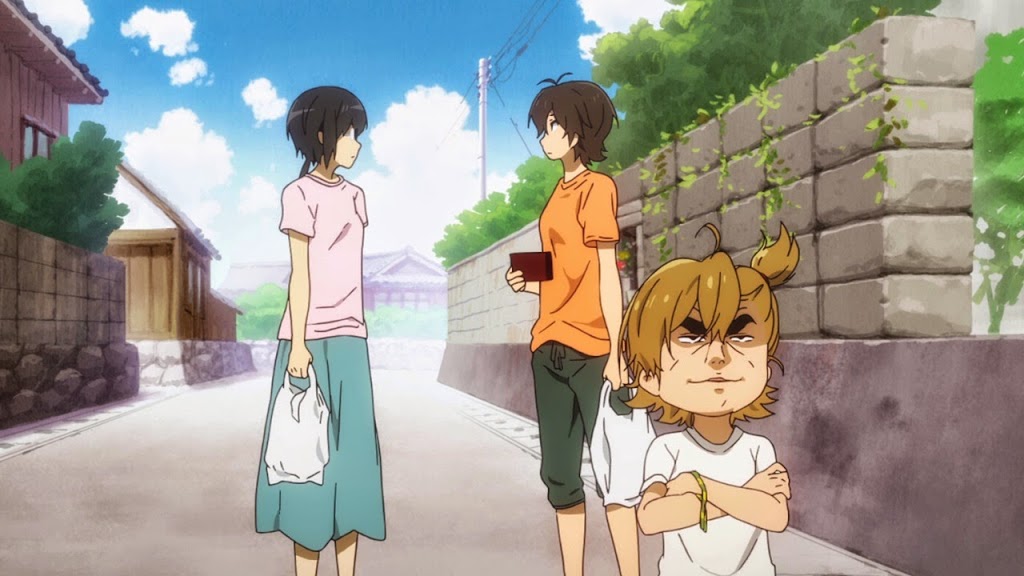 Barakamon – I didn’t hear much buzz around this show when it aired last year, which is a real shame considering it was a definite standout of 2014 for me. It’s very rare that I like child characters in any medium, let alone anime, but Naru (pictured above) is one of the most hilarious kids I’ve seen in a long time. Not only is she funny, but her, along with the rest of the cast of Barakamon, help teach down-and-out calligrapher Seishu Handa how to come to terms with his craft. As someone who is going through a bit of a “career crisis” myself, it was refreshing to see an anime that focused on questions surrounding artists and making a living out of art. Not only that, but the setting of a remote island off of Kyushu, Japan was extremely charming, as well.
Well, now that I’ve finally laid out all my cards on the table, what were your favorite games and anime of 2014? It was a great year for Japanese media, so I’m sure everyone has their own unique picks. Sound off in the comments!