Now, we could talk about Apple love/hate six ways till Sunday, but the truth of the matter is between iTunes, iPods, iPads, iPhones, and, well, “i” everything, they’re seriously making a killing. I, too, had an iPhone once… Well, I still do, but it’s either a first or second gen iPhone and Apple has long since dropped compatibility for it – almost all new iPhone apps require iOS 4.3 or higher, and entries on the online app store come with this depressing little disclaimer:

I never really felt I needed all of the bells and whistles that come with the iPhone, but one thing always gives me a little pang of regret for not having one of those nifty, sleek devices: all of the apps (game or otherwise) I read about on the internet. Oh, curse you internet, for if you did not exist I would live in a naive bliss where I would not want nearly so many things!

But alas, such is the nature of this hyper-connected world we live in. Luckily, there are so many free apps available, and though I can’t personally play them at this point in time, I can most definitely tell you all about them and why you should go download them immediately.

Flick of the Dead 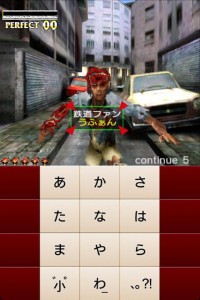 Remember The Typing of the Dead? Even more ridiculous than the Pokemon typing DS game (well, that came with a bluetooth keyboard for your DS, which is pretty weird…), The Typing of the Dead has you typing as fast as your fingers can to fend of hoards of zombies, and Flick of the Dead, the iOS port, is no different. Why didn’t they name it Text of the Dead is beyond me, though… Regardless, though I feel they probably can’t emulate the satisfaction that comes with typing the words out on an actual keyboard, the app is free and for that alone, I say give it a go.

It’s only available on the Japanese iTunes store, though, so if you’re interested in downloading it use my tutorial and make sure to search for “ゾンビ打FLICK OF THE DEAD” (no quotation marks). It’s also only in Japanese, which means you  might have to flail your way through it, but I personally am of the mind to try everything at least once (especially if it’s free!). As a final incentive, its icon is just too amazing: 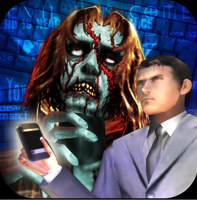 Sleepy-Time Boyfriend and Love me, I’m your pet darling 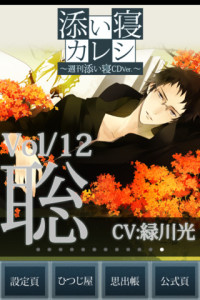 Let me tell you, you probably have no idea how popular Japanese voice actors (aka seiyuu) are, especially among female otome gamers. Only in Japan can you purchase a full CD that just features a single voice actor literally counting sheep for you to fall asleep to. Don’t believe me? Here’s a sample (skip to 2:15ish for some actual sheep counting):
Well, ok, it looks like I managed to pick one of the creepier ones, but you get the idea… This track in particular comes from a crossover with the series Starry Sky, which is an extremely popular otome game series that actually originated from a series of drama CDs that each focus on a single character. It’s rather hard to describe, but the basic idea is that these characters are talking to you, the listener, so there’ll be pauses in the dialogue to emulate an actual conversation. My embarrassing secret is that I’ve listened to virtually all of them… They’re quite funny at times and provide good background noise, and I can imagine they’d be pretty helpful for people looking to practice their Japanese listening skills (yeah, yeah, what an excuse). 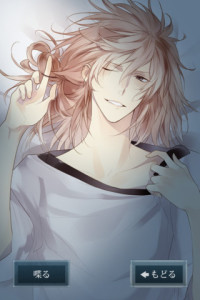 Anyway Sleepy-Time Boyfriend is similar in concept in that you are greeted with a selection of twelve handsome individuals to chose from upon loading the free app, each of whom have a number of set phrases they speak to you. It seems like you actually have to talk to them and they’ll reply to you (a random phrase, I assume), which changes depending on whether you’re in “talk” mode or “sleepy” mode.
The nice thing about this one is that not only is it free, but it’s available in English! From what I’ve seen of the English subtitles, it’s pretty poorly translated, but at least it gets the job done. You can view it on the iTunes app store here.
Or, for those of you looking for something even weirder, there’s another similar app called Love me, I’m your pet darling. 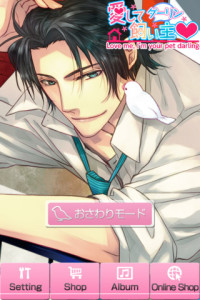 Basically, in this one, you’re that little white bird sitting on the guy’s shoulder. Tapping the screen in various places elicits dialogue from the man…who seems to be pretty, er, enamored with his pet bird. But as I always say, it’s free, so give it a go! This one has English in it too and is available in the US iTunes store, so it should be very easy to download and understand even for those who don’t know any Japanese.

As a final disclaimer, I should mention that all of these do have some paid elements to them. I don’t think there’s any hidden charges, but rather a number of additional voice packs (in the case of the two sound-oriented games) or levels (in the case of Flick of the Dead) that must be purchased to unlock, so don’t be surprised if the game suddenly comes to an abrupt stop and asks you to fork out your hard-earned cash to see more.

Will you give any of these a go? For me? For science? If you do, please share your thoughts in the comments!

Many thanks to Rivi’s Adventures in Otome Gaming for introducing me to Sleepy-Time Boyfriend and Love me, I’m your pet darling!