I haven’t blogged about it yet, for the past 2 weeks or so I’ve been playing Harvest Moon: Tree of Tranquility every spare minute I’ve had. I can’t get enough! And it was only $5!

I’ll elaborate more in a future post, but suffice it to say I’m hopelessly enamored with these Japanese “life sim” games, as we’ve already seen with my recent infatuation with Atelier Rorona. Sure, Harvest Moon and Atelier Rorona aren’t exactly the same, as Rorona has both very specific time restraints, alchemy, and battle elements, but fundamentally they’re both hopelessly cute time sinks that are about as innocuous as games can get (aside from some creepy undertones in Atelier Rorona…).

As such, I’ve always had my eye on the Rune Factory series, but never really delved into them for two main reasons: 1. they didn’t have playable female characters like many of the Harvest Moon titles, and 2. I just couldn’t figure out what installment to start with. #2 is actually a reason why I also hadn’t tried Harvest Moon until now… Do you know just how many there are? But thankfully a super sale and some good timing made the decision for me.

But now that I know more about Rune Factory 4, I’m almost positive this is going to be the entry that gets me into the series whenever it comes out in English. As Natsume has been very diligent about localizing Rune Factory titles, I’m sure we’ll be seeing it on North American 3DSs somewhere between 6 months to a year after the Japanese release in July (a bold prediction – let’s see if I’m right!).

So what’s got me so hyped for Rune Factory 4, when I’ve never even played a Rune Factory game? As the title suggests, I’ve got two words for you: datable monsters. Actual monsters you fight in the game will morph into humans for you to date and eventually marry, if you so choose. Pretty cool, huh? I know, I’ve got some weird interests…

So far, only one female and one male monster character have been revealed. Here they are in their duel forms: 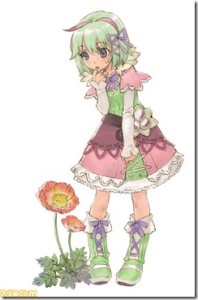 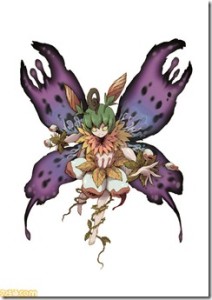 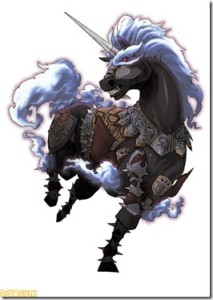 In all honestly, I’m not particularly impressed by their character designs, aside from the fact that the male character, Dylas, looks like a punk rock unicorn in his monster form (which is all kinds of awesome). His human form isn’t much to look at, unfortunately, and I find it odd that they decided to keep his ears and tail but have Kohaku, the girl, appear 100% human. Dylas looks like he’ll be the token fisherman, while Kohaku will probably be a quiet girl who enjoys spending her time tending to flowers… Not like we haven’t seen that before. Of course, you’ll have to find them in the wild and beat their monster forms before they’ll be datable as humans.

Aside from the datable monsters, which pretty much sold me from the get-go, Rune Factory 4 will finally offer the series’ first fully-playable female character. Unlike Rune Factory: Tides of Destiny, which only let you play as a girl after beating the main story as a man, Rune Factory 4 will allow you to choose your gender right at the beginning. Hopefully this means that there will be just as many datable bachelors available to players who choose to be a girl as there are bachelorettes for players who opt to be a guy. Of course I’m perfectly happy to play as a male character in a game, but as I’m a sucker for otome titles, any game that has some sort of romantic element added with women in mind gets extra points in my book.

Other interesting additions for this installment include the ability to date someone you’re interested in before marrying them… Very realistic, no? Not so realistic is the reported ability to communicate with dragons. But really, there isn’t anything you need to know either than the fact that monsters are datable in Rune Factory 4. Right?