Today literally was slow! I made my first stew, an Irish lamb stew from Frankie magazine, which was quite simple, took 3+ hours to cook, and tastes pretty good! Not that I have many stews in my repertoire to compare it to, but it’s a start. Ok, now that I’ve got that bad pun out of the way… 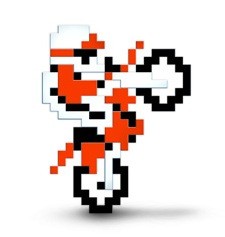 In gaming news, I finally updated the eShop and downloaded my free copy of Excitebike as well as the 3D Pokedex. I’ll admit, I wasn’t that excited for Pokedex 3D (I’d rather play an actual Pokemon game then just look at 3D models of them), but I’m all for free things, so I couldn’t pass it up without checking it out. Excitebike, on the other hand, was exciting and new for me (ok, I couldn’t help it), as I’ve never played the original before. And after fooling around with it for a few minutes, I’ve gotta say, it’s quite difficult! I don’t really understand the mechanics yet, so I either go horribly slow and get bored or try to go too fast and just end up crashing and then cursing at myself for having to wait to go again.

Have you heard about the lack of a save file delete/reset option in Resident Evil: Mercenaries 3D? This is another shameless plug, but just today I wrote a pretty in-depth post at VGW if you’d like to read more about it. Basically, though, as a way to combat used-game sales, Capcom decided to give players only one save file, which cannot be erased or reset, so you can only play through the game from scratch once. I personally think this is a horrible decision and will definitely deter me from buying the game in the future (though I admit I wasn’t particularly leaning towards a purchase in the first place), but what do you all think? I know used game sales can hurt the developers and publishers, but you shouldn’t punish consumers, and rather reward them to provide incentives to buy new games, such as exclusive DLC, etc. 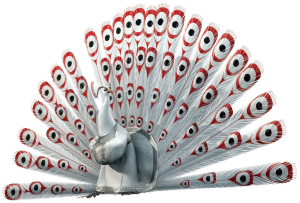 In other news, Shaun and I saw Kung Fu Panda 2 over the weekend. I enjoyed the original well enough, but wasn’t going to see the sequel except I kept hearing rave reviews right and left that assured me it was actually better than the original. Story-wise, I’m not so sure I’m convinced it was better, but the animation was so beautiful I didn’t really care. Give me fuzzy computer animals and a peacock villain voiced by Gary Oldman and I will go home a happy woman. The fight scenes with Lord Shen, the aforementioned main villain, were mesmerizing. If you want to see some gorgeous animation, then definitely consider seeing this on the big screen (I didn’t see it in 3D so I can’t comment on that), but otherwise you may want to wait for a rental or skip it altogether.