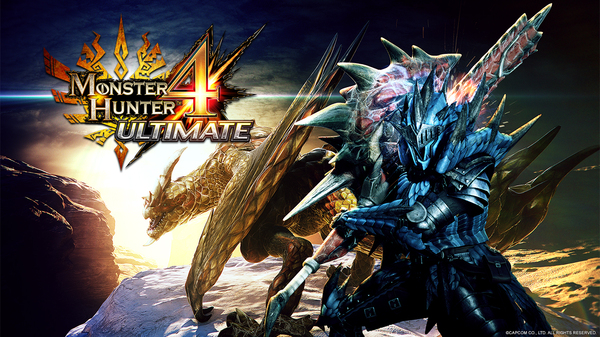 What’s more, Monster Hunter 4 Ultimate just launched in English last month, meaning a good number of you are probably already playing a Monster Hunter game! Let #MonMonth be an opportunity to go online with fellow hunters, or just swap tips and achievements using the hashtag… You can also add your name and friend code to the Monster Hunter Google Doc master list and make some new hunting pals!

If you’re someone who’s never been able to get into the series, Monster Hunter 4 Ultimate is by far the best place to start. But, if you’re not interested in Monster Hunter, MonMonth is about all Monster Hunter-like games, so there might be another title in the genre that strikes your fancy.

Head over to the original Monster Hunter Community Game-Along post for some alternative game suggestions. For folks who like to import, you may want to try God Eater 2: Rage Burst, which also released last month.

I hope to play Monster Hunter 4 Ultimate with some of you in the upcoming weeks!