Lately I’ve been doing so much consuming of various forms of media, I thought I’d just list some of it and hopefully delve into my thoughts on a couple of them. I’ll post a more cohesive blog update later this week,  which will most likely be my review of the English otome game X-Note (I’m going to review that game by the end of the week, I swear).

So, Shaun and I went to see Rise of the Planet of the Apes on Saturday. Besides having an unnecessarily long title, it was actually pretty good! Even if you could care less about Planet of the Apes (which is pretty much me), the film is a fun Sci-Fi flick with a strong emphasis on characters, and it’s probably the first of the “summer blockbusters” that I’d say is worth going to see. 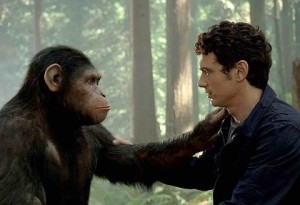 Besides having a pretty uninspiring female girlfriend character, that is. When all the characters are actually rather thoughtfully rendered, including an ape doctor who almost instantaneously becomes the “grounding girlfriend” is a little disappointing. I suppose you can’t have everyone be the star, but I suppose you’re also going to have to have me pick on a film when it can’t have any well-developed female characters (what can I say, it’s my nature). Either way, it’s still heaps better than that awful Tim Burton rendition of a few years back… Plus, the animation is gorgeous, and any film that can make you care for a character that is 100% animated deserves some respect.

Also, Shaun and I both agree that we like James Franco, so having him in the film was a plus (I’m not sure why we do… are we the only ones?)… I liked him as the son of the Green Goblin, anyway.

We’re also going to watch Dinner for Schmucks on DVD, which comes very highly recommended from my parents! I hope it’s good.


I don’t talk about manga very often here, but I finally picked up a few volumes of Loveless at the library the other day because the art is, in my opinion, pretty gorgeous. 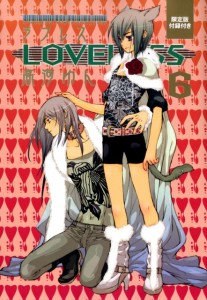 The story is a little weird, though, which has kept me away from it until now, and though I’m enjoying it well enough, I think the only reason I’ve really stuck with it for 4 volumes is the art and the way it plays with gender norms, but even then I’m not sure where it’s going with that. I probably won’t seek out the rest of the volumes now that Tokyopop, the English distributor, has gone under, unless my library happens to have them already.


I always have a weird relationship with games: I seem to write more about them than I actually play them!

I did start Patapon the other day, because Shaun was playing Battlefield: Bad Company 2 on the PS3, and it’s been sitting expectantly on the shelf for a couple of weeks now

The gameplay is fun, but I’m finding that it’s getting a little repetitive to tell my troops to move forward over and over again, especially when you were fighting an enemy who just ran away. But I’ve still only played a couple of missions so far, so I hope things change up a bit after I play a couple more. I’m not that rhythmically inclined, though, so I have to focus all my energy in playing the game and not getting distracted by whatever Shaun’s doing beside me. Hah!

So, what are you all playing/reading/watching these days? I’m all ears!