Why, if it isn’t another episode of Chic Pixel Plus! I bet you were getting worried, huh? Well never fear, both myself and Chic Pixel Plus are alive and well! A bout of a fiendish flu had me out of commission for most of the week, but I’ve finally bested the microbes. I promise the next episode won’t be so hellishly late! 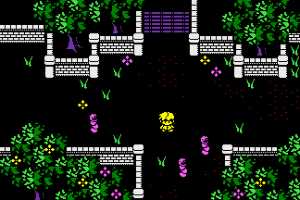 This week I’m joined by someone so famous they even have their own Wikipedia page! Hayden Scott-Baron is a professional game designer, illustrator, and manga artist, so it was great to virtually sit down and chat with him about his interests, inspirations, and past and current projects. His game experience ranges from the LostWinds series to Tumbledrop, and he even came in second place in the the third volume of the UK & Ireland edition of the Tokyopop Rising Stars of Manga contest. I could go on, but I think it’s best if you just listen to the podcast and hear the man speak for himself!

Not only do I grill Hayden about his professional life, but we talk extensively about anime, manga, and games, as well. In particular, Hayden teaches me a thing or two about importing and the joy of interesting games that aren’t necessarily good. We also reminisce about the early days of anime in the west, while Bomberman Fantasy Race makes us stop to consider the possibilities of a Bomberman universe canon… The podcast clocks in at just about two hours, making it my longest yet, but I do hope you give it a listen!

In the interest of getting this podcast up in a timely manner, I’ve decided to come back and add the time codes later, as I’m not sure how useful they are to folks anyway. Please let me know if you like to have them!