It recently came to my attention that Level-5 actually released a prequel game to the Ni no Kuni titles called Ni no Kuni: Hotroit Stories. Why haven’t I heard of it before now? Probably because it was only released on iMode phones in Japan on a service Level-5 offers called ROID (short for “Revolutionary Original Ideas Discovery”). The service is probably best known for hosting the Professor Layton spinoff title called London Life, which was released in the west bundled with copies of Professor Layton and the Last Specter. 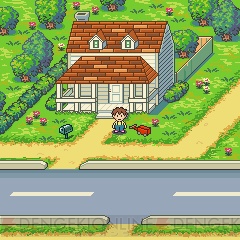 Now if you don’t notice an uncanny resemblance to Mother 2 (also known as EarthBound) in the above screenshot, let me jog your memory: 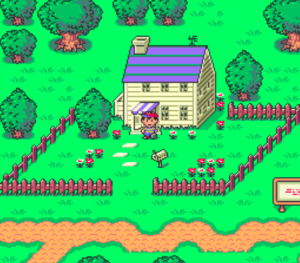 Okay, it had a stronger resemblance in my head, but still… The point is, Hotroit Stories was developed by Brownie Brown, makers of the Mother series! (and London Life, as well) The game follows protagonist Oliver and his friend Mark… as they fight snakes? 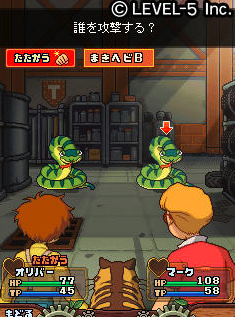 Not really sure how Hotroit Story fits into the Ni no Kuni story, but its resemblance to Mother alone makes it intriguing. And there’s a cat that follows protagonist Oliver around town! 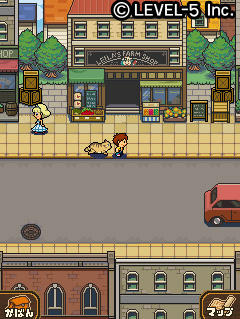 Wouldn’t it be great if Namco Bandai could include Hotroit Stories with the North American release of Ni no Kuni: Wrath of the White Witch? Wishful thinking, I know, but considering this title is only available on a very specific service for certain cell phones in Japan, the likelihood any of us will ever get to try it is exceedingly low. I’d be interested to know how it was received (it was released in 2010, for the curious).
Don’t forget, Namco Bandai has a special Wizard Edition of Ni no Kuni: Wrath of the White Witch available for preorder on their online store! This version is the only way North Americans can get a physical copy of the amazing spell book released in Japan, so if you’re at all interested, now’s your chance! You can read my full impressions of the Japanese version here.