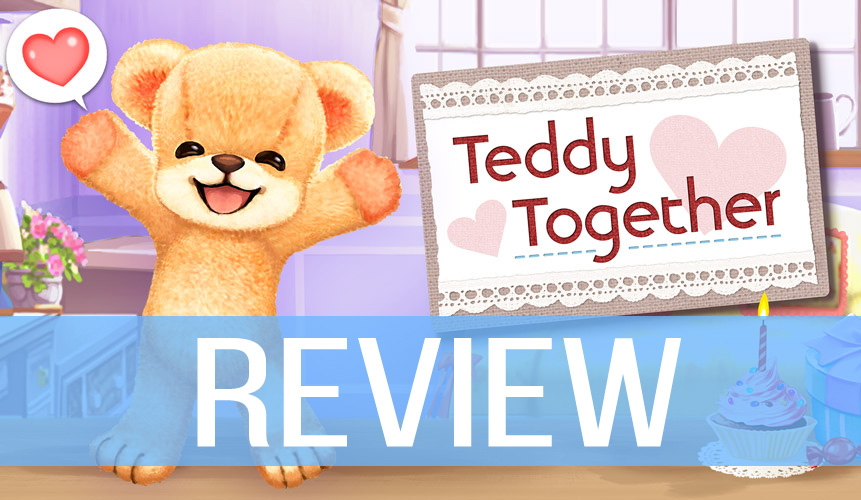 When an English version of Teddy Together was announced earlier this year, I was completely shocked. After the Japanese version came out way back in June 2013, there was not a peep of a localization. All of a sudden, Europe and Australia would be getting the teddy bear simulator fully voiced in English only a few months after the initial localization announcement! While I was initially a little skeptical of the whole premise due to being slightly creeped out by the talking bear character, after spending time with the actual game, I can say it’s actually really cute!

Teddy Together is the localized title of Kuma Tomo, a 3DS game where you’re put in charge of taking care of a talking teddy bear who doesn’t know anything about the world. Marketed as a children’s game, Teddy Together might not really appeal to discerning adults due to the relatively basic mini-games and conversations you have with Teddy, but anyone with an eye for cute things, regardless of age, will be charmed!

Teddy the teddy bear (who you can name whatever you wish at the beginning of the game) is fully voiced in English, which is important since you spend all of your time in the game interacting with it. However, I can’t help but point out upfront that there’s something… weird… about its English voice. Though the bear states early on that it doesn’t have a gender (due to being teddy bear, of course), it has a breathy little boy’s voice that honestly makes it sound like the bear is about to pass out at any moment. As a woman in her late 20s, I can’t comment on how children might react to such a voice, but unfortunately it often distracted me from the rest of the game. You can listen to samples of Teddy’s voice in the official trailer to get a better idea of what I mean. 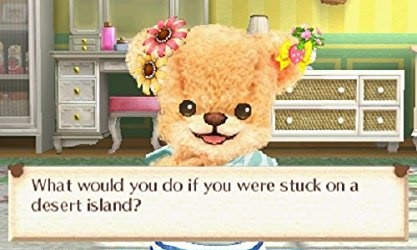 That’s really my only major complaint about the game, though. Teddy Together is largely focused on telling the bear things about yourself, which it uses to make conversation with you in a proto-Miitomo-like format. These conversations are really sweet to read through, though as an adult player I admit I did take the opportunity to see what kind of silly things I could get Teddy to say. I can see how this would be a great game for children, as you spend a lot of time teaching Teddy about the world and answering questions about yourself, questions that are sometimes straight-forward and sometimes a little more thought-provoking. 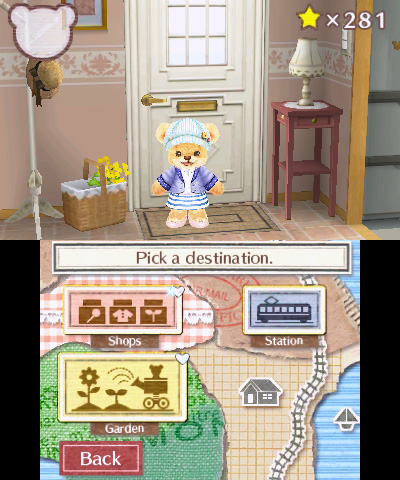 There are a number of things to do with Teddy in addition to answering questions, such as playing dress-up (Teddy can wear both boys’ and girls’ clothes), cooking, and gardening. There’s also Amiibo functionality, which was newly added for the western release, but unfortunately I was not able to try that due to not having the 3DS Amiibo NFC reader. 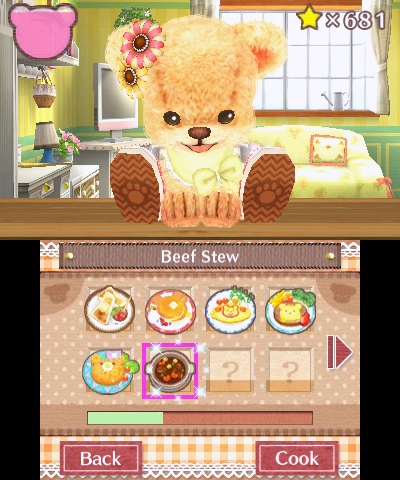 The cooking mini-game is very reminiscent of Cooking Mama, with very basic prompts for you to follow on the touch screen. I didn’t really mind that it was so easy because of how adorable the food was! It almost makes me want to recreate some of the cute foods in the real world. Meanwhile, the gardening mini-game has you buying, planting, and combining seeds, almost like a super-simplified Harvest Moon. While at first Teddy Together is limited to mostly just conversing with Teddy, as these additional mini-games and exploration options open up, the game becomes much more robust.

And it really is a surprisingly robust children’s game – my impression is that Teddy Together was not necessarily marketed as such in Japan, but rather a light simulation game that might appeal to children as well as folks who don’t want something quite as time-intensive as Animal Crossing. If Teddy’s English voice were better it would improve the game dramatically, but even with the weird breathy voice I found myself having a lot of fun seeing how the information I gave Teddy shaped our conversations over time. Hopefully North America gets it eventually, too, because Teddy Together is a refreshingly quaint excursion for both children and adults.

Note: A copy of the game was provided by Nintendo of Australia for the purpose of this review. All opinions, however, are my own!