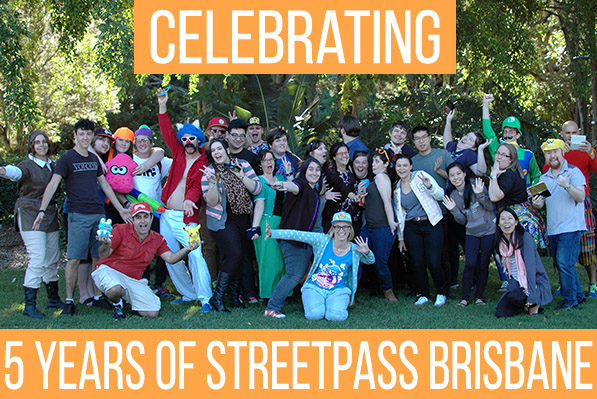 As the founder of a StreetPass group, I’m obviously very biased, but I really believe that everyone with a Nintendo 3DS and a wish to meet some kindred spirits should look into attending a StreetPass meetup in their area. Nintendo may sometimes be hit or miss with peripheral features, but the incentive to connect with others is something I really love about StreetPass. I’ve seen delighted kids come by with their parents, and countless friendships formed at my meets. Despite personally feeling a little over all the puzzle piece and hat collecting (shocking, I know!), I still love that my meetups can bring likeminded people together to chat and play games.

That’s not to say I was super successful from the start, though! The first StreetPass Brisbane event only had a handful of people, and we met in an outdoor public area. Now, my monthly events garner anywhere from 40–100 people (though we average on the lower end, thank goodness!), and we meet at a local library, which offers free room bookings for non-profit groups.

Nintendo of Australia has even created an official page that lists StreetPass groups in Australia and New Zealand, which has really helped get the word out about the group. I’ve also handed out fliers at conventions and gaming events such as 3DS game launches, and many members have put their StreetPass greetings as something that mentions StreetPass Brisbane to help spread the word. It must be working, because we’re nearly at 1,000 likes on our Facebook page!

With the NX on the way next year, I’m honestly not sure what Nintendo has in store for StreetPass. But I think as long as there is an interest in Nintendo handhelds, there will be more than enough reason to keep meeting up. I can’t wait to see what the next 5 years holds!