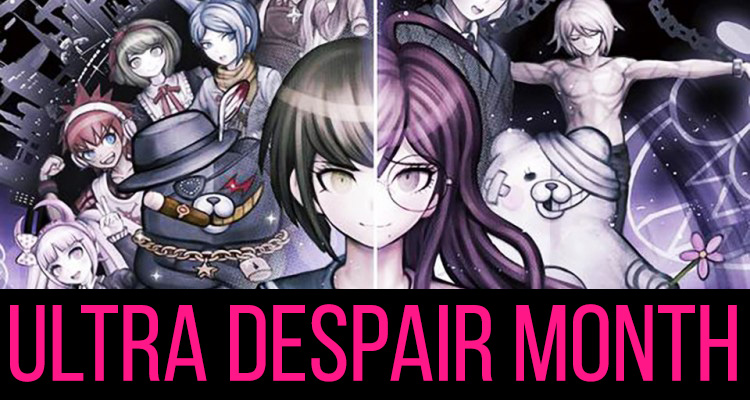 Anyway, if I haven’t hammered in the point enough already, September is dedicated to one of my favorite niche developers, Spike Chunsoft! Since I am so darn excited for the English release of Danganronpa Another Episode: Ultra Despair Girls, the hashtag of choice this month will be #UltraDespairMonth. Of course, any and all titles by Spike Chunsoft will fit the theme, so feel free to go crazy!

To participate, all you need to do is play a game that fits the theme, and preferably share your experiences with everyone! You can do that by tweeting in the hashtag or getting even more creative and writing blog posts, recording videos, or whatever your heart desires. This month I have a whole slew of Danganronpa and Spike Chunsoft-related content planned, so be sure to check back here every week to see what I’ve cooked up. If you find yourself struggling with what game to play, I’ve got a few suggestions! (note that I’ve left out Danganronpa because I’ve talked about it so many times already, but it goes without saying that I highly recommend it!) 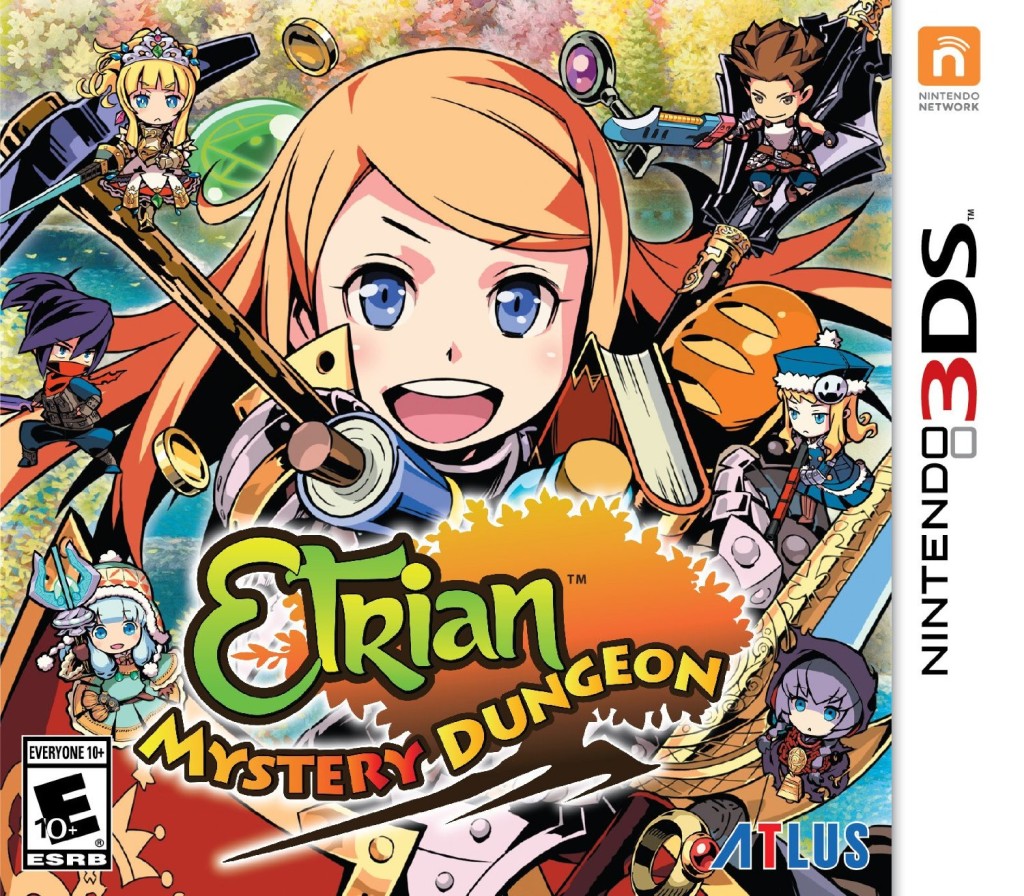 Etrian Mystery Dungeon (3DS) – Before merging with Spike and becoming famous for Zero Escape and Danganronpa, Chunsoft was well known among niche gamers for its Shiren series of rougelike games. While they’ve never managed to gain a huge following in the west, there’s never been a better time to try a mystery dungeon game with the release of Etrian Mystery Dungeon, which merges the character customization and classes of the Etrian Odyssey series with the dungeon crawling of the Shiren games. As an added synergy bonus, this game is actually comes out in Europe on the 11th! 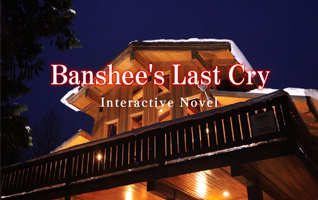 Banshee’s Last Cry (iOS) – In my opinion, Chunsoft’s sound novel Banshee’s Last Cry is must-play material for anyone interested in storytelling in video games, particularly visual novels. This influential series is what largely propelled the genre forward, and the iOS version is the first time any of the games in the series have been available in English in 20 years. The story is classic murder mystery: a college-aged man goes on a winter ski trip with a classmate only to find himself snowed in at the ski lodge where a brutal murder occurs. Of course, it’s up to you to piece things together and figure out the culprit through text-based decisions superimposed on static images. While it may seem a little old fashioned when compared with visual novels of today, it’s definitely worth a play to see how the genre has evolved. 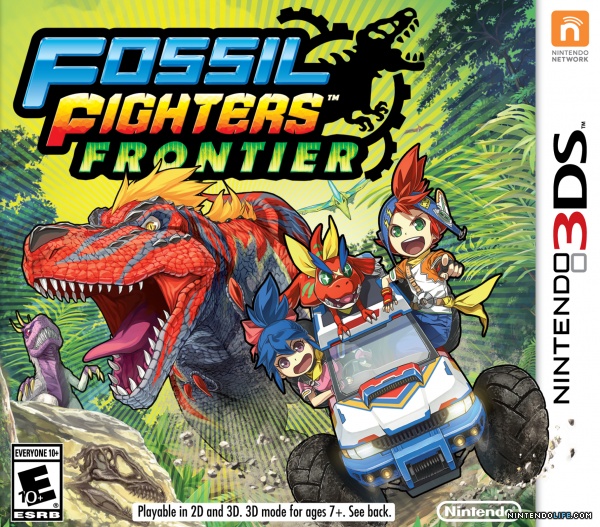 Fossil Fighters Frontier (3DS) – We need to talk about the lack of decent dinosaur video games. Frankly, it’s a crime that there aren’t more games featuring cool dinos! Luckily, the Fossil Fighters series has been attempting to fill the dinosaur gap int he market for the past few years, offering a prehistoric spin on the fighting monsters formula popularized by Pokémon. The latest entry in the series, Fossil Fighters Frontier, is the first Fossil Fighters game developed by Spike Chunsoft, and changes things up by adding some new driving elements. If you want some light RPG fun and stylus-based fossil digging, this might be worth checking out. 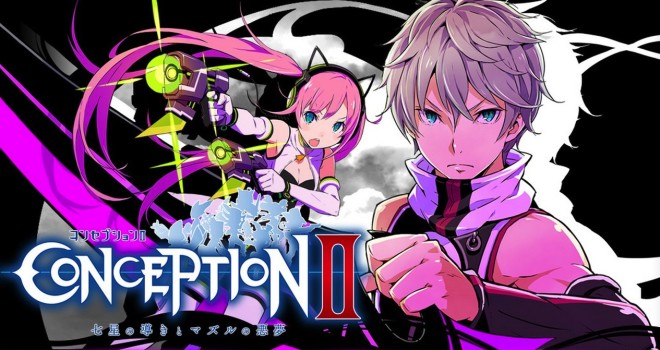 Conception II: Children of the Seven Stars (3DS, PS Vita) – I’m not exactly thrilled to write about a game titled Conception, but if it’s developed by Spike Chunsoft, it can’t be half bad, right? Aside from the whacky premise where the protagonist forms bonds with various women and spiritually copulates to produce star children to fight on his behalf in battle, I’ve heard good things about this anime-style JRPG. The graphics are quite stylish and it even features Danganronpa tie-in DLC, so if you’re into the premise or at least able to overlook some of the cringe-y dialogue, it should give you many hours of solid RPG gameplay. 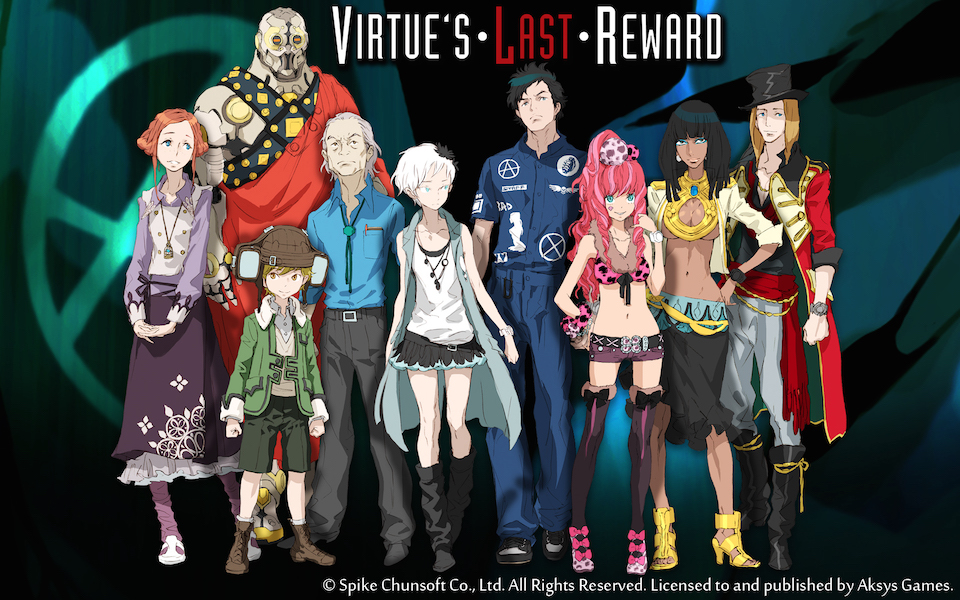 Zero Escape series (iOS, DS, 3DS, PS Vita) – Before Danganronpa, there was 999: Nine Hours, Nine Persons, Nine Doors. If you’re already a fan of the murder mystery element and text heavy nature of the Danganronpa series but haven’t played the two Zero Escape games, they may be right up your alley. Featuring puzzle elements and multiple endings, both games are highly narrative driven and thus need to be played in order, much like Danganronpa. However, if you’d like to cut the room escape puzzle elements out and get straight to the story, the iOS version of 999 allows you to do just that. Too bad Zero Escape 3 is still a long way off, meaning you’ll need to sit tight and wait for the final installment in the trilogy after finishing Virtue’s Last Reward.

So what will you be playing this month? I’ve already got a jump on things, as I’ve been working through my copy of Ultra Despair Girlsfor review (you can hear Sarah and I discuss our initial impressions on the latest episode of Chic Pixel Plus). Once I finish that, I might try to get a few more endings in Banshee’s Last Cry. I hope you’ll join me in celebrating Spike Chunsoft’s vast library!