When I first saw images of an updated Sakura Miku Nendoroid on my Twitter feed, I took a look, thought, “Wow, that’s cute!” and promptly forgot about it. I completely missed the fact that in addition to being the 500th Nendoroid release, she’ll be the first Nendoroid to be made in Good Smile Company’s new Japanese factory. Imagine my surprise when I found out that preorders had opened on the day of the announcement, only to sell out a few minutes later! 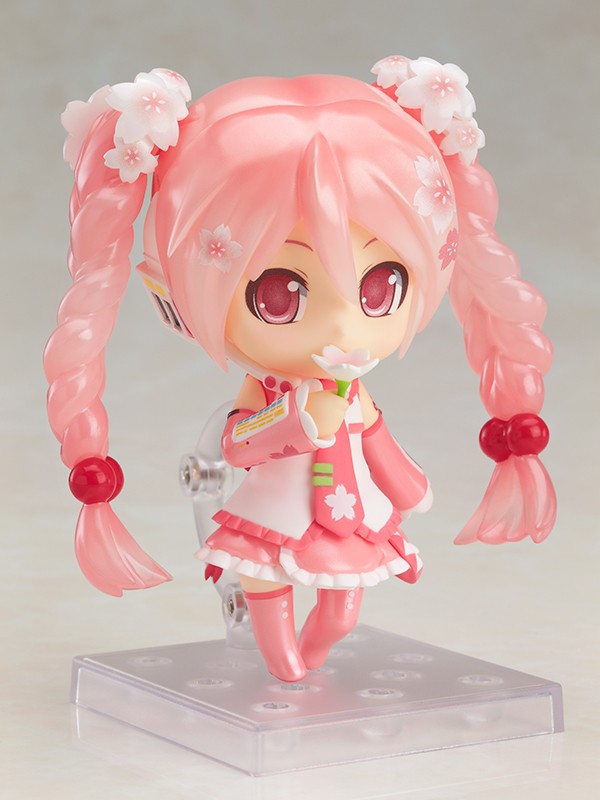 Luckily, Good Smile Company has reopened preorders for those who missed out on the initial batch, but it will likely still be very limited, so order yours while you can! Preorders close on December 24th, or when preorder allocation numbers have been reached. Like many limited releases, Sakura Miku: Bloomed in Japan is only available from Good Smile Company’s official online store and limited to one per customer, meaning you won’t want to miss out on this one! 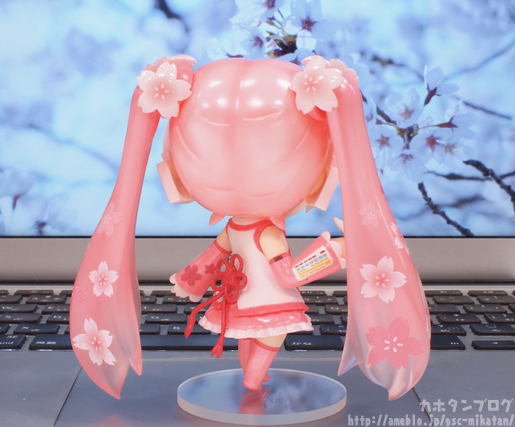 Since the second batch of preorders is listed as shipping out starting in April 2015, rather than March 2015 like the initial batch, it seems likely that GSC did not initially account for such a high demand. That, or they wanted a lucky number of fans to get their Sakura Miku: Bloomed in Japan Nendoroids before everyone else! 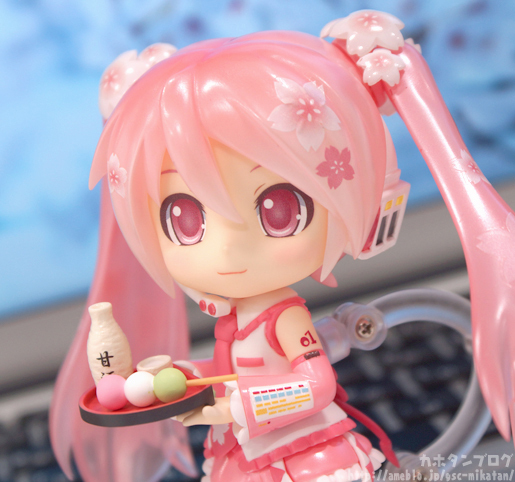 While GSC has already done a Sakura Miku Nendoroid before, at number 274, it’s a little outdated in terms of the quality of the sculpt and paint job when compared to more recent Nendoroids. While her outfit and overall design is generally very similar, such as the cherry blossom pattern on her hair and pink uniform, the Bloomed in Japan version has a lot of new extras in addition to some general improvements. I particularly love the tricolored dango, because I’m a food nut. 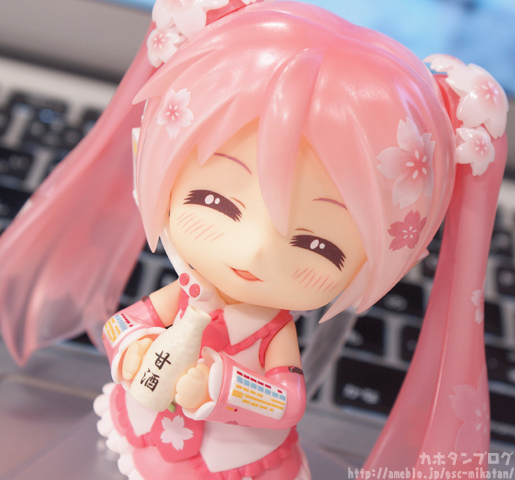 This expression is too cute to resist! I love the closed eyes and triangle mouth, which is much smaller than the original version. Keeping in mind that these photos will vary somewhat from what the figure will look like in person, it seems like the Bloomed in Japan version has a more pastel pink color scheme and more impressive transparent hair than the original. Of course, you can’t miss the brand new braided hair piece she gets this time around!

Well, the moral of the story is that once I found out how limited the initial preorder allotments were, I couldn’t stand the thought of missing out on this adorable Nendoroid, so I promptly secured myself one as soon as preorders were open again. Do you like the new design, or prefer the old version? Let me know in the comments!