And so it begins! In addition to my usual posts, August is going to be dedicated to recapping my two and a half weeks in Tokyo! I went to a bunch of themed cafés, so it only makes sense to get the ball rolling with a post about one of them. I give you… the Rilakkuma Café and collaborative exhibit in Tower Records, Shibuya! 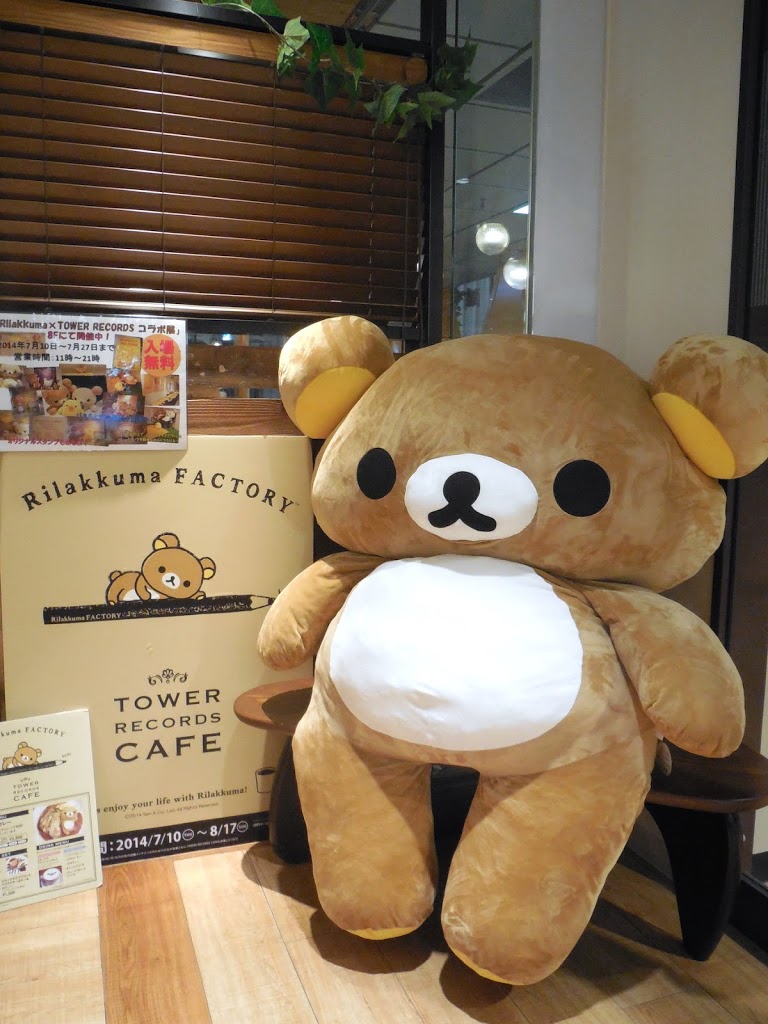 Before I get to the real event, that is, the Rilakkuma Factory Tower Records Café itself, I’d like to briefly recap the cute Rilakkuma x Tower Records collaboration exhibit they had on another floor of the building. It was mostly just a chance for Tower Records to sell limited edition Rilakkuma merchandise, but I got a lot of cute photos! 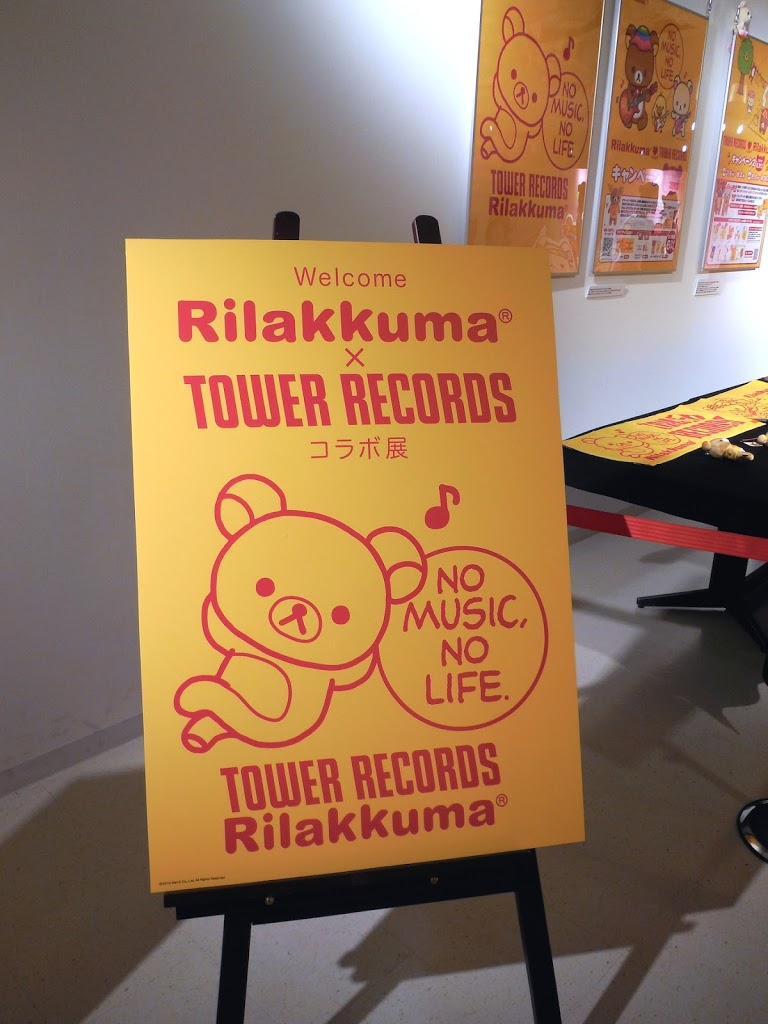 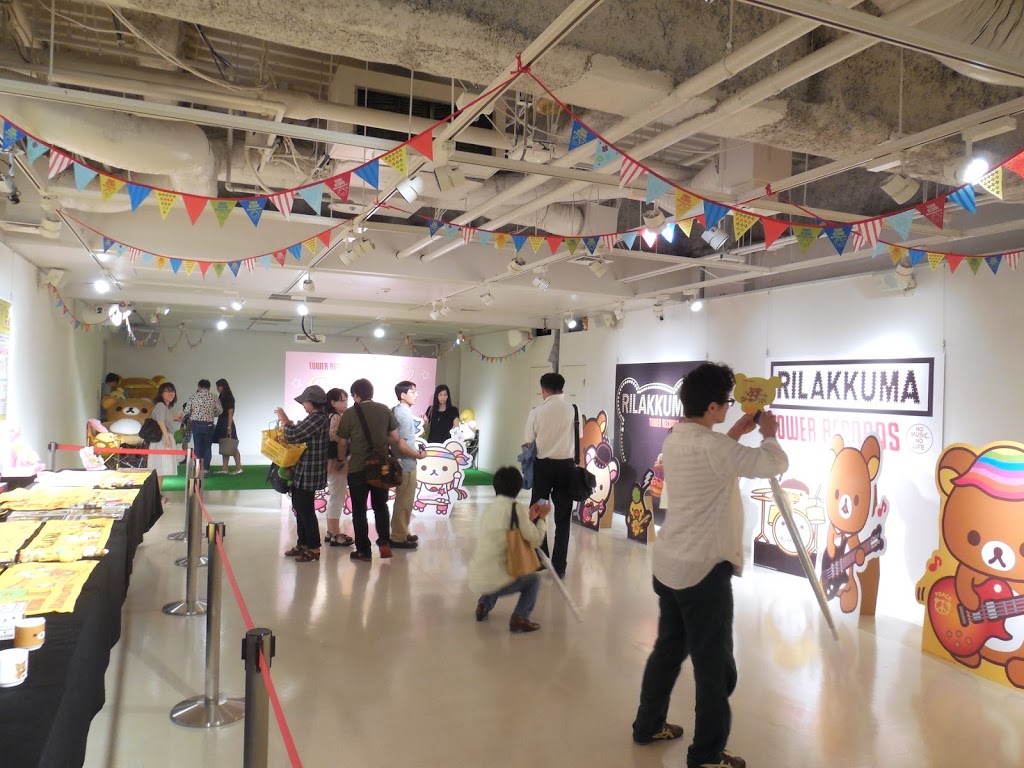 This whole 8th floor of Tower Records was dedicated to this exhibit! I love the little streamers they hung from the ceiling. Let’s take a closer look at some of the things they had on display… 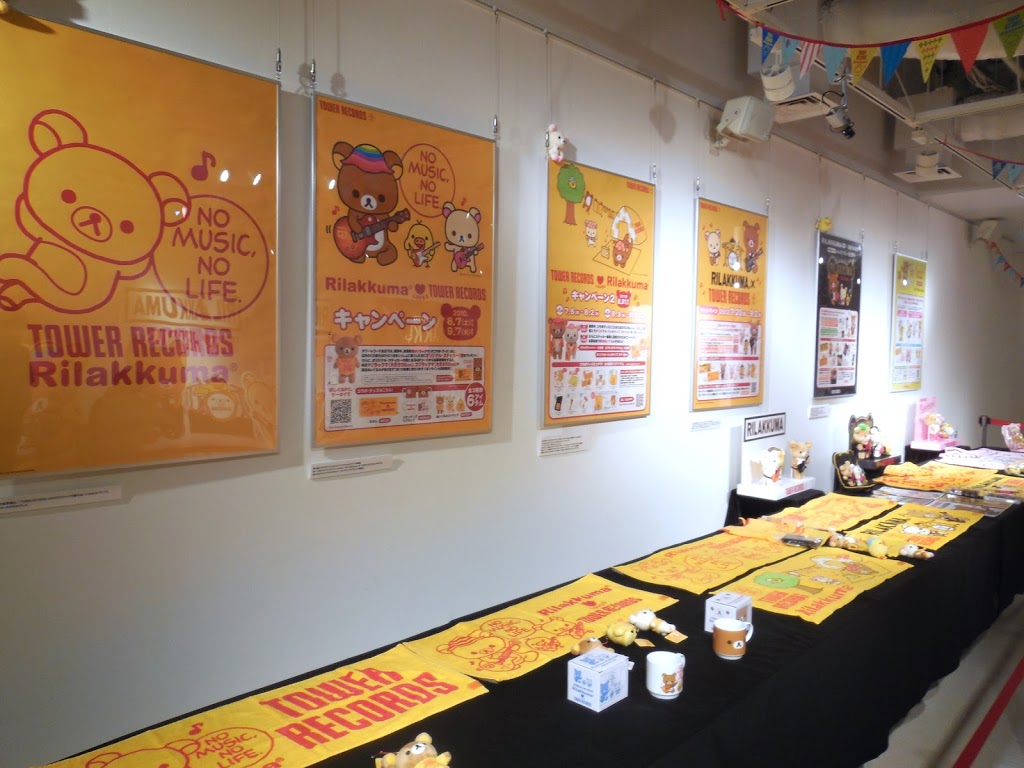 Lots and lots of merchandise! Luckily, I wasn’t really tempted by any of the collaboration designs, so I was able to save my money. Since this was only my first full day in Japan, I’d say that’s a good thing! 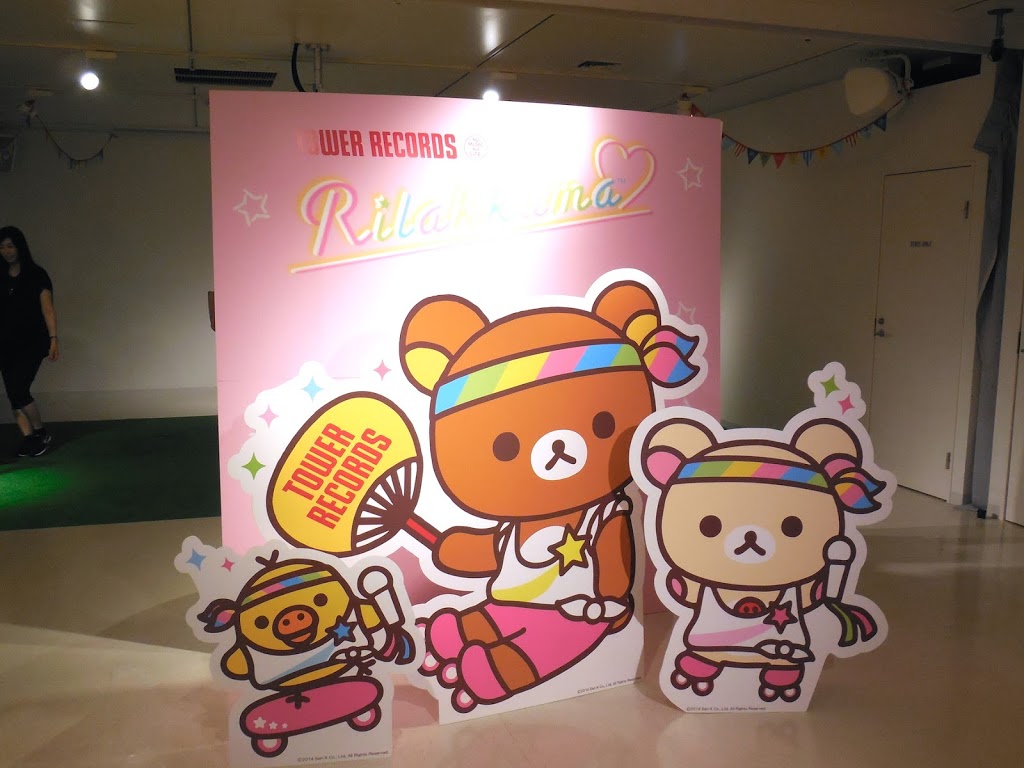 The best part of the exhibit by far were these great cut-outs of Rilakkuma and his buddies, korilakkuma and kiirotori. This one of them looking glam is definitely my favorite! 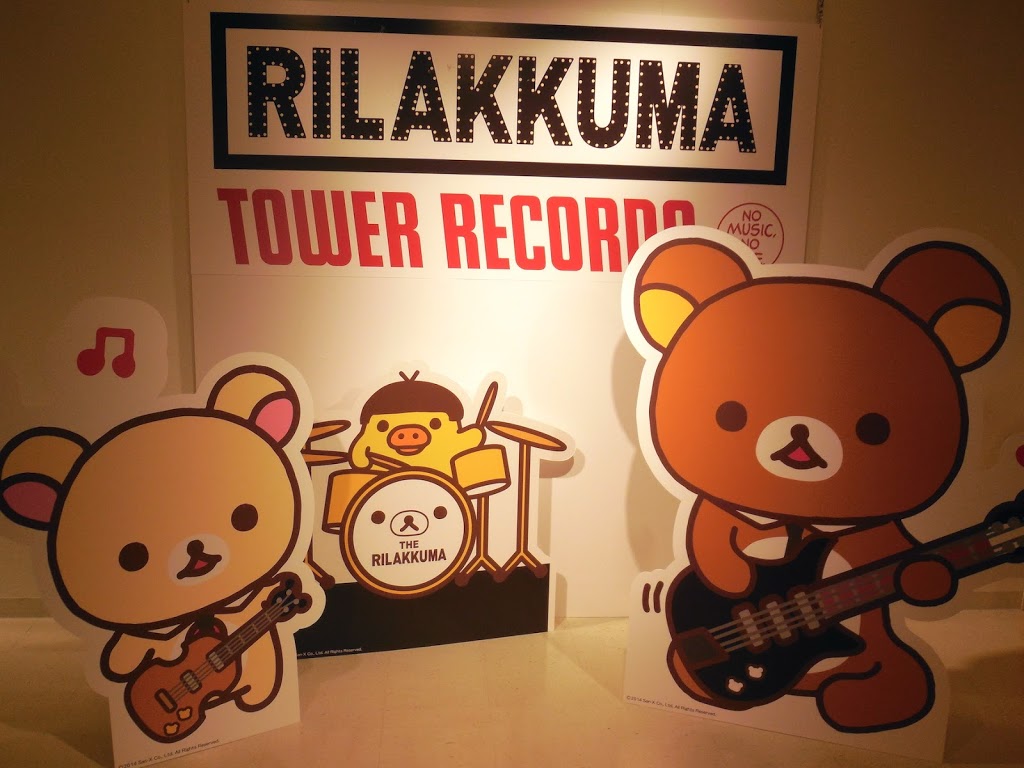 Does the little yellow bird have Beatles hair, or so that a beret? It’s a shame I was by myself and too shy to ask someone to take my photo, or else I would’ve gotten my picture taken with at least one of these Rilakkumas. 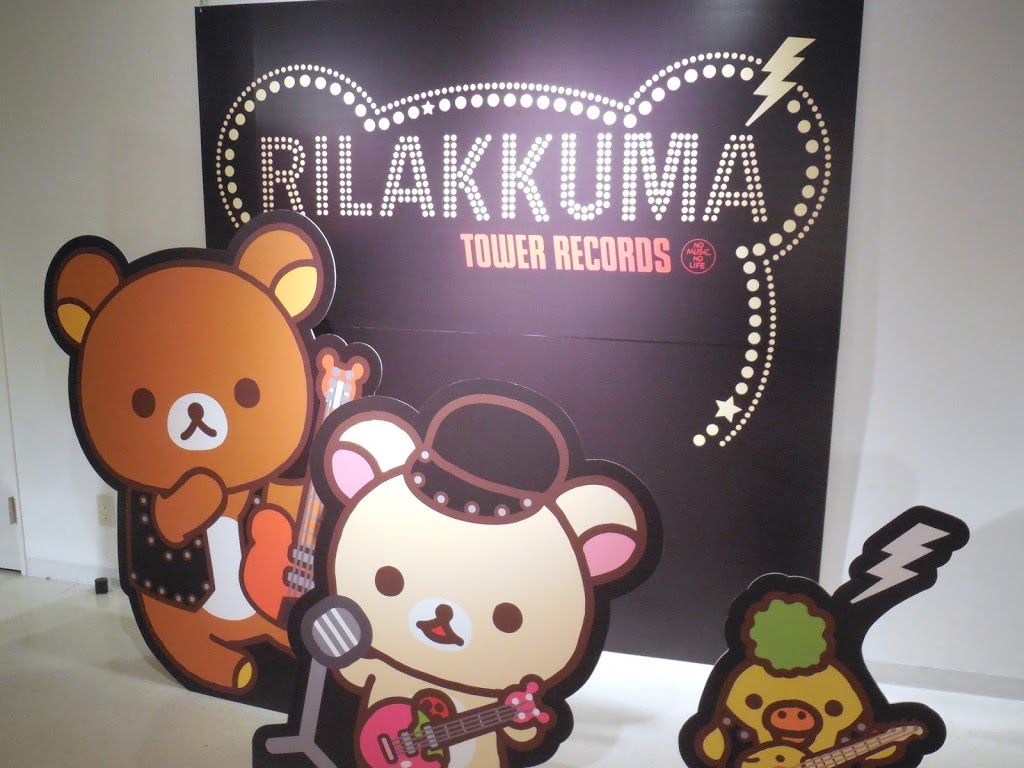 Hard rock bears! Forgive me if I’ve described any of these musical decades by the wrong name, I’m not to up on my popular music genres… I think the reason why I didn’t really like the designs in this exhibit that much is because Rilakkuma isn’t doing what he does best – relaxing!

I actually wasn’t able to visit the café on the same day as the exhibit, as the line was too long. I ended up coming back during a weekday when it (hopefully) wouldn’t be as crowded. I was also able to meet up with a Twitter pal, @abyssviola! It was great to finally meet her in person, and we were able to get into the café after only waiting about 15 minutes or so! 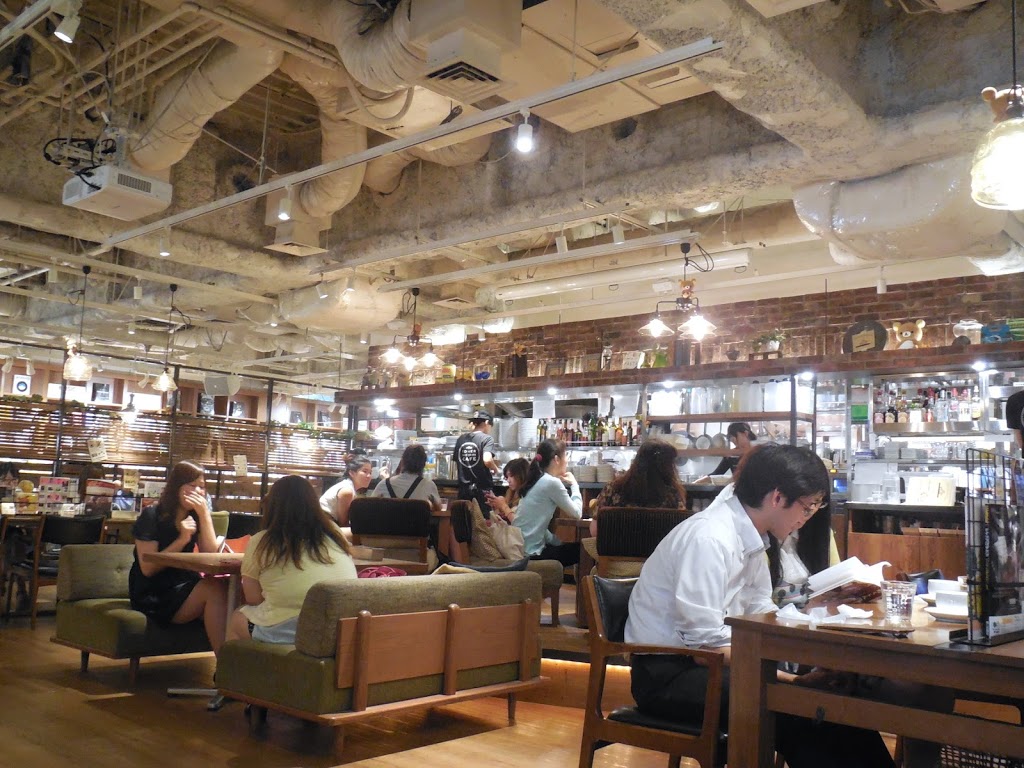 Here’s the inside of the café itself. I love the industrial look of the ceiling, but it was slightly disappointing not to see more Rilakkuma stuff around! Oh wait, I think I see one now… 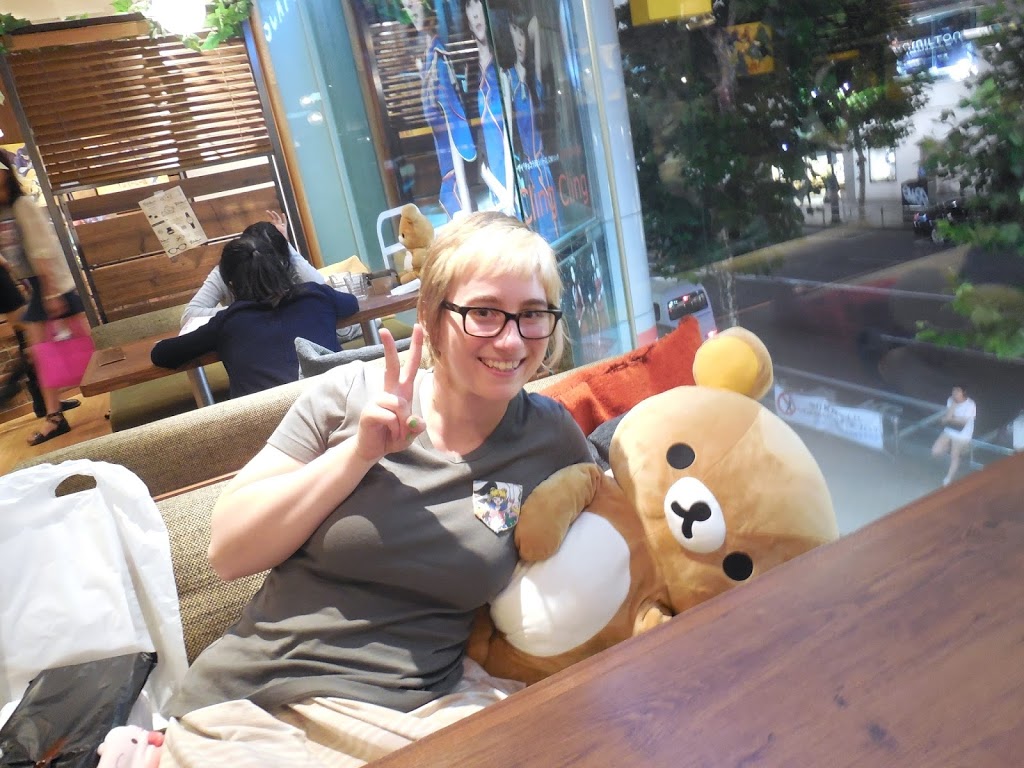 At least we were lucky enough to get this big Rilakkuma plush at our table! Each table was adorned with some kind or Rilakkuma plush or another (you can see a small one on the table directly behind my head). That was about it for Rilakkuma-related decor, though. 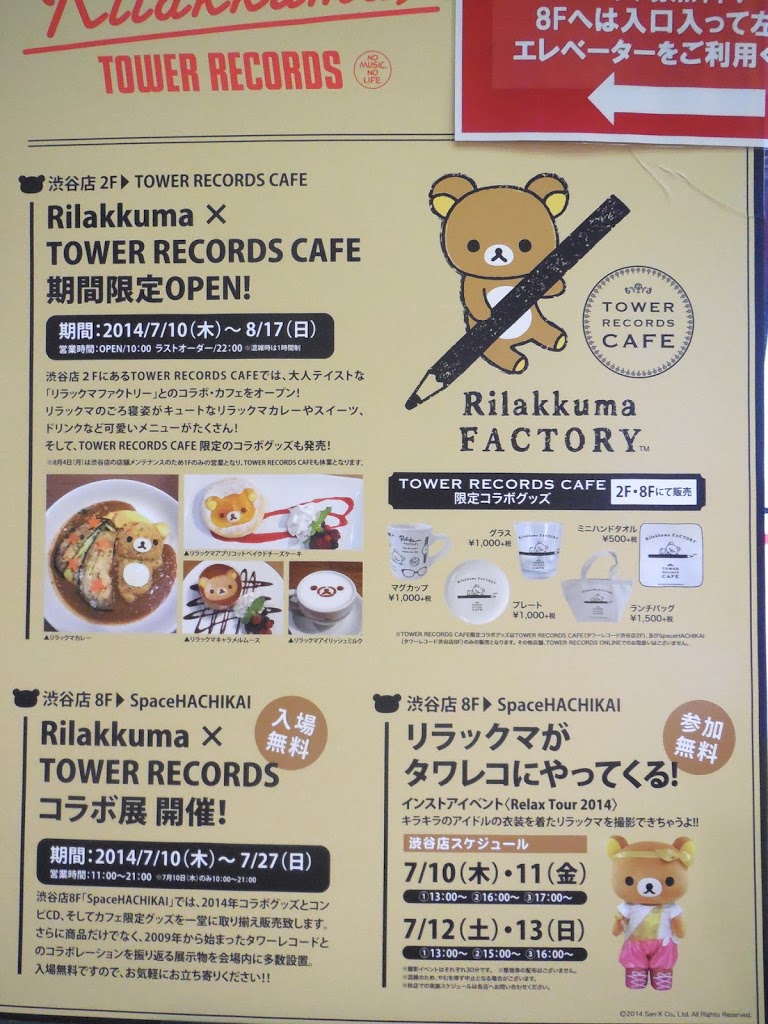 I was too distracted with petting the Rilakkuma plush to take a picture of the menu, but you can see the different items on offer on this sign outside. Since I hadn’t eaten dinner, I decided to go with the only savory item on the menu, the Rilakkuma vegetable curry. I would’ve liked to try one of the desserts, too, but the prices were pretty steep and I was worried I might get too full from the curry, so I ordered the “Rilakkuma Irish milk” instead. 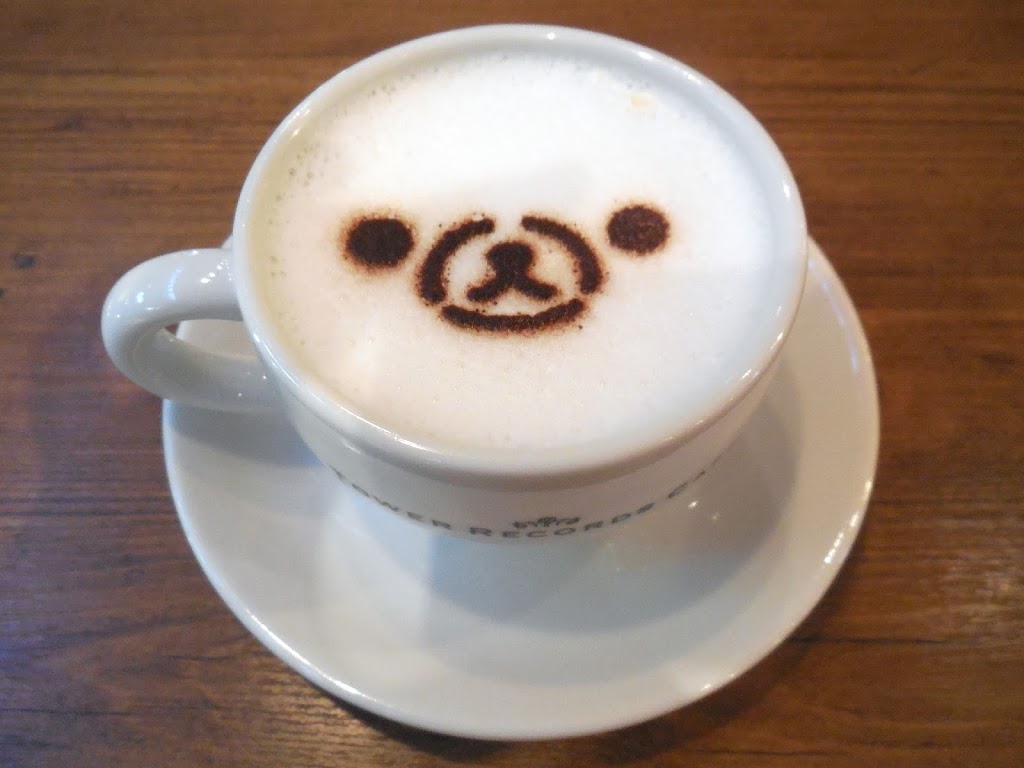 Here’s the adorable Rilakkuma Irish milk drink! I don’t remember it tasting like anything but milk, actually. But it certainly was cute! 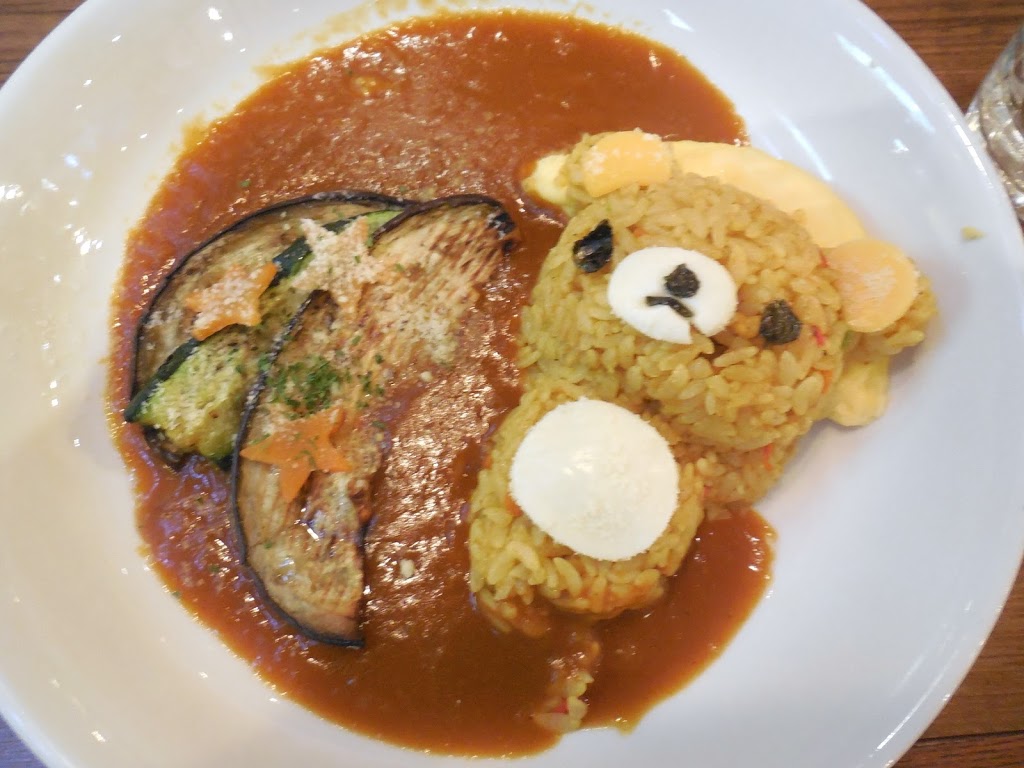 Looking back now, this isn’t really that appetizing of a photo, but there you have it! Rilakkuma curry. I love how they fashioned the rice to look like Rilakkuma is lounging in the curry. His “pillow” was made out of an omelet, and the white and tan parts on his body were cheese.

The drink and curry cost me around $20, which in all honesty, was rather disappointing. It felt quite expensive for the amount of food given, even if it was Rilakkuma-themed, and I left the café feeling pretty hungry! I should’ve ordered a dessert! Just for comparison, I got a curry and drink at another nice local café for about $13, which, while not themed, was much more reasonable. I can understand a slight markup, but an additional $7 for the Rilakkuma “experience” seemed rather steep.

I definitely don’t regret going, but as my first themed café excursion, I was left a little underwhelmed. Luckily, I can say that this was probably just an example of an overpriced themed café, as the others I went to later on in my trip were much better value for money. Still, I’m glad to have been able to go, especially since it was only around for the month of July! Thanks to @abyssviola for joining me!