That’s right… I am! Okay, that wasn’t much of a surprise, considering I’m the one and only writer here at this blog, but still! I’ve never played a Phantasy Star game in my life, and certainly not Phantasy Star Online, mainly because I only got a Dreamcast after SEGA had already disowned the system and left it to die, so I never really played many titles for it. Even if I had, I probably wouldn’t have gotten into Phantasy Star Online anyway, due to the fact that it was, well, online. 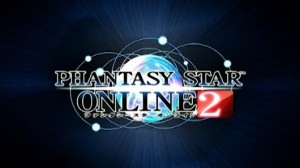 The only other online game I’ve had real experience with is Final Fantasy XI. Due to the fact that I was a massive Final Fantasy nut at the time (I pretty much thought Final Fantasy games were the only RPGs worth playing), I actually picked up a copy of the game when it launched. Needless to say, after spending hours installing the four or five discs onto my parents computer, I didn’t exactly get the Final Fantasy experience I so craved. After crafting some makeshift character, I jumped eagerly into the online world… Only to find that all of the other players completely ignored me when I wanted to quest with them and basically gave me the cold shoulder because I clearly didn’t exude the skill the required in a multiplayer comrade. Well, at least that’s the vibe I got. My memories are hazy, but I can tell you I booted up that game once, and only once, and never looked back after that.
So, my impression of online gaming has always been one of a distant observer. But what makes Phantasy Star Online 2 any different? Well, to tell the sad truth…
1. It’s Japanese (Like, literally in Japanese. There is no English version at the moment)
2. It’s pretty
3. I know people who are playing it
And, in an odd coincidence, my NeoGAF account happened to be approved right around when the beta started, so I was prompted to do some significant lurking in the Phantasy Star Online 2 Open Beta thread, and I liked what people were saying about it. So, after days and days of downloading the massive client and installing the even more massive batch of patches, I settled down with my 2008 MacBook (running Windows on Boot Camp, of course!) and created my very first character: 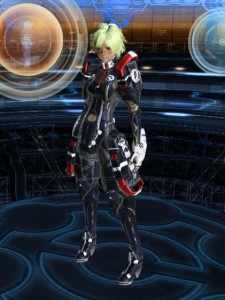 Funnily enough, I usually prefer to make male characters, but that’s a story for another post. This is Riot, a human ranger. The ranger class is just like it sounds – a ranged fighter that utilizes guns to maintain distance from the enemy while still dealing significant damage. An interesting inclusion in Phantasy Star Online 2 is that you can actually switch from a more traditional top-down viewpoint to an over-the-shoulder view as a ranger, giving the game a much more third-person shooter-type feel. I found the over-the-shoulder view made it a lot easier to aim, so I kept it that way the majority of the time.
As I’m not very well-versed in online games or Phantasy Star, I can’t really say how Phantasy Star Online 2 stacks up, but I will say this: it was a hell of a lot of fun. Not often do I find myself struggling to get to sleep because I’m busy thinking what type of character I’ll make next (technically you can only have one character per account, but I’ve made another so I can join a server a few friends are in). Though you’re of course limited to the character design you choose from the beginning, I found it interesting that you can actually change classes at pretty much any point in the game. I haven’t tested out the hunter (usual warrior-like class) or force (magic users) yet, though, as I quite enjoyed my time as a ranger.
You’ll of course use the usual WASD to move and the mouse to aim. Clicking the left mouse button results in your weapon’s normal attack, while the right button is a powered up attack (I believe it’s called “photon arts”) that will take a few seconds to recharge once you’ve used it up. Finally, you can press the shift key and the left mouse button to do an even more powered up attack (called “extra action,” I believe), which consumes PP (also recharges, I think it takes longer than for the photon arts).
Players can team up in groups of up to four to go complete missions (the game’s version of quests), and there are even some mission areas that are open to multiple teams at a time, meaning you’ll run into other groups of players trying to kill the same things you are! A neat addition that reminds me of Dragon’s Dogma is the ability to summon your friends’ characters to help you as NPCs even when they’re not online. Of course, there’s all sorts of customization to be had and loot to be found, but I don’t know enough about either of those things to give any further details, really. Admittedly, I haven’t really gotten the hang of equipping new abilities yet…
Now, I’ve only played through the tutorial and two missions with a friend (thanks for the help, Mog!), so I’m still very much learning the ropes, but I have definitely enjoyed what I’ve played so far. Action is fluid and exciting, and the forest level, the first area you start in, is quite nice, though I don’t think anyone would say it’s pushing the graphical limits of modern PCs. Keep in mind this is a 100% free game that you will never have to put any money into if you don’t want to, and I’m running it on a MacBook from 2008! That’s a major plus in my book.
I’ll definitely be spending some more time with Phantasy Star Online – as I mentioned, I’ve already decided to create another account so I can play with some friends in another ship (the game’s equivalent of servers). All data from the open beta will transfer over to the official release, so if you’re interested in giving it a go, now’s the time! The beta will run through the end of the month, with an official release coming later in the year. It’s also going to be released on the PS Vita sometime in early 2013, and SEGA is planning on having your saves be transferable between the Vita and PC version… all for free! Of course, the only detractor right now is that it’s entirely in Japanese, but don’t worry, there are plenty of guides for English speakers (starting here) to help you out if you want to make the jump.
Feel free to ask questions or let me know if you want to play together in the comments!