Hello hello! My severe lack of updates recently can be attributed to my trip last week to Melbourne with my husband… So hopefully I can get back into a more regular pattern soon! I’ll start with a few pictures I took: 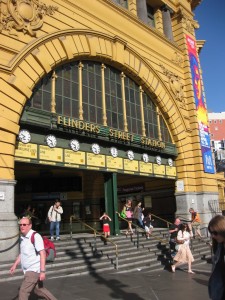 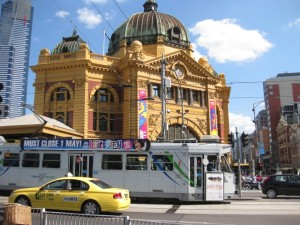 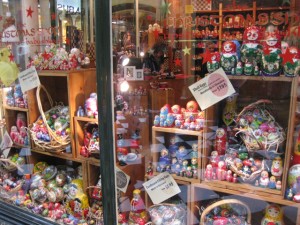 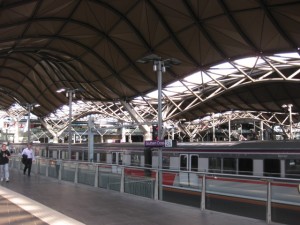 Melbourne is quite a beautiful city! Because its been around for so long, there are plenty of old buildings (which I love) and a lot of interesting architecture, even in the newer buildings! Just look at that picture of Southern Cross station! It was all quite breathtaking, and while Brisbane is a nice place to live, the architecture doesn’t pack the same punch that Melbourne’s did for me during those few short days. It seemed as though every time I turned into a new street there was a cute house, quaint eatery, or funky storefront to stare at and take pictures of.

While not exactly a vacation, as my husband was down for work, I had plenty of free time during the day, so I explored a lot of the downtown area, visited the biggest mall in the Southern Hemisphere, and saw some art exhibitions. The highlight for me was ACMI (Australian Centre for the Moving Image)’s “Dreams Come True: The Art of Disney’s Classing Fairy Tales” exhibit. 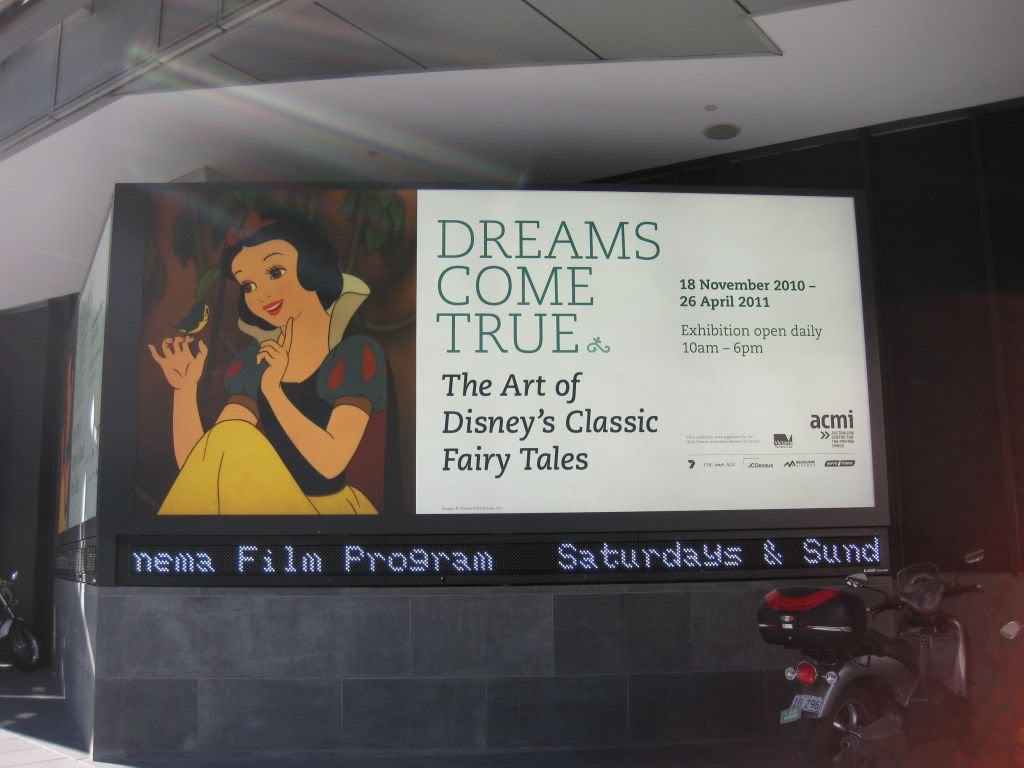 It was really amazing to see character designs and all sorts of art from the production of some of Disney’s most iconic films such as Snow White and the Seven Dwarfs, Cinderella, Sleeping Beauty and even their newer films, The Princess and the Frog and Tangled. The layout of the exhibit was very dynamic: clips from the films would be interspersed with commentary and various production art, so the whole thing took me 3+ hours to go through at a leisurely pace. Since it cost $16 to enter, I was happy to take my time and get as much as I could out of it. From my understanding, some of the art on display is not often, if ever, shown to the public, so it was a great chance to see all the different types of artistry that goes into creating the Disney fairytale stories. I was particularly enthralled by the Medieval stained glass-inspired art of Sleeping Beauty, which is actually one of the Disney films I never really got into. Each background image was like a work of art by itself! I’m actually inspired to go back and re-watch the film, now.

Shaun and I talk about moving to Melbourne someday, but if that day comes it will probably be a good ways in the future, so we’ll have to make do with Brisbane for now. I wouldn’t mind visiting again sometime, though!

Thanks for reading, and check back soon for my hands-on impressions of the Nintendo 3DS!